Addressing tribal people, Rahul Gandhi said Jal, Jungle aur Zameen (Water, forest and land) belong to you and you are the ones who should get the benefits generated from these resources. 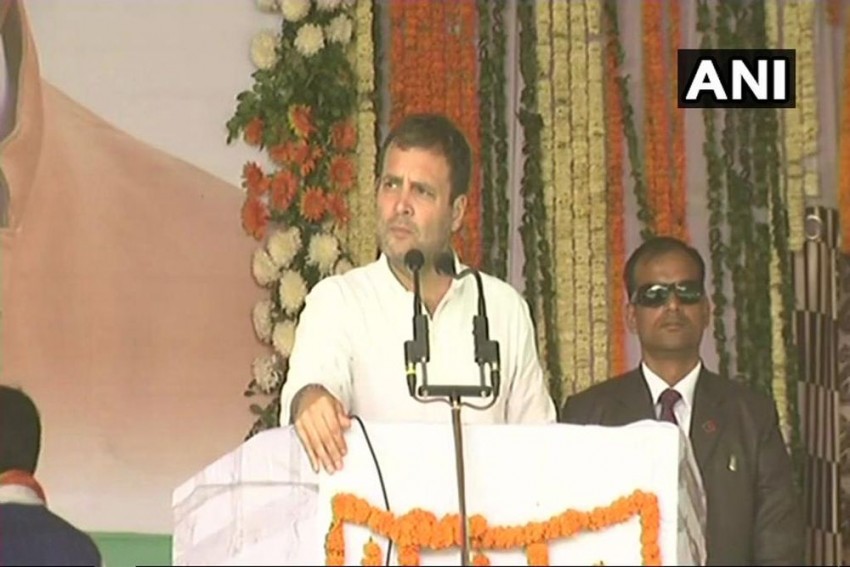 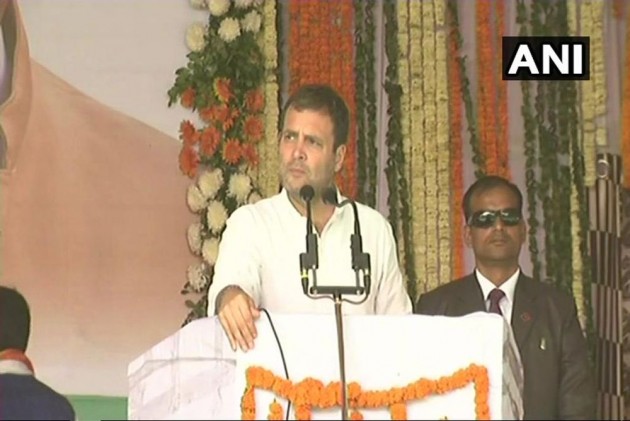 While mentioning the Congress party-led state government’s decision of returning land that were acquired for establishing a Tata plant in Bastar and which remained unused for decades as historic, Rahul Gandhi said “Whatever has happened here today is historic. Never before had such a thing happened.”

Addressing tribal people, he said Jal, Jungle aur Zameen (Water, forest and land) belong to you and you are the ones who should get the benefits generated from these resources.

Taking a dig at the BJP over the paddy procurement, he questioned “How is it possible that when the BJP government was in power in Chhattisgarh, they did not have money for farmers? And, as soon as Congress government came to power, they (farmers) are getting Rs 2,500 for paddy.”

He alleged that former BJP chief minister Raman Singh used to put money in his pocket or in the pockets of their industrialist friends.

Once again raking up the demonetisation issue, he asked- "Did you ever see Mehul Choksi, Ambani or Nirav Modi standing in line to deposit their money? Only the honest people stood in the queues."

While dubbing the Goods and Services Tax (GST) as Gabbar Singh tax, Congress president Rahul Gandhi said his party, if elected, would introduce a ‘sachha’ (true) GST and remove discrepancies.