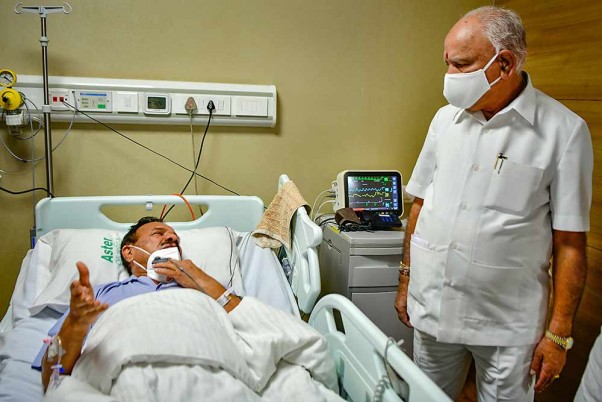 According to close associates of Gowda, the Prime Minister called him in the afternoon and spoke to him over phone for about three minutes.

"The Prime Minister has advised Gowda to take rest," his confidant said.

Chief Minister B S Yediyurappa, state Home Minister Basavaraj Bommai and state health minister Dr K Sudhakar on Monday called on the Union Minister for Chemical and Fertilisers and enquired about his health.

Gowda, 67, had collapsed due to low blood sugar in Chitradurga while on his way to the city from Shivamogga on Sunday, official sources said.

The minister was first admitted to a hospital in Chitradurga and later shifted to a private hospital here.

According to hospital sources, he is stable now and undergoing treatment.

The minister was on his way to Bengaluru from Shivamogga after attending a state BJP meeting.