"Leaders of that party are now scared of contesting from constituencies dominated by majority (Hindu) population," Modi said at an election rally in Wardha. 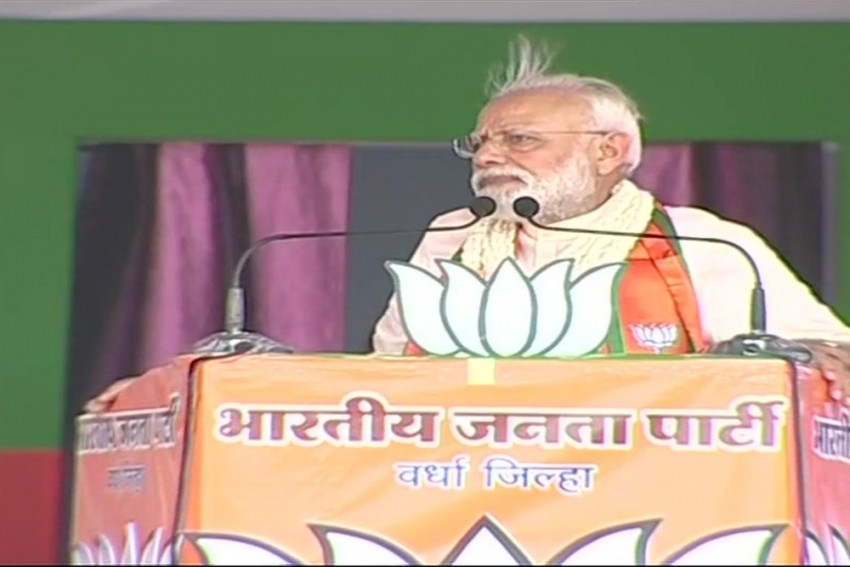 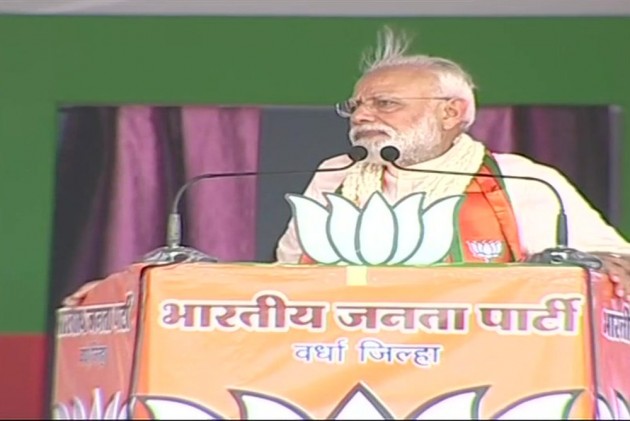 Prime Minister Narendra Modi on Monday asked the people not to “forgive” the Congress for the “sin” of having coined the word “Hindu terror”,  and said the Congress was "scared" of contesting from Hindu-majority seats fearing an angry backlash from Hindu voters, in an obvious reference to Congress President Rahul Gandhi who is contesting from Wayanad, in addition to Amethi.

He said the NIA court verdict on the Samjhauta train bombing case, in which the four accused including main accused Swami Aseemanand were acquitted, had “revealed the truth” and the country has decided to “punish” the Congress.

Addressing a poll rally in Wardha, Maharashtra, the Prime Minister said that the National Investigation Agency (NIA) court verdict on March 20, had made the Congress scared that Hindus would punish them, and that is why they were “running away from the battle field”. Modi said the Congress “lacks courage” to stand in Hindu-dominated constituencies and its candidates were running to other minority-dominated seats for elections, in a reference to Rahul Gandhi's plans to contest from both Amethi and Wayanad in Kerala, without naming.

"Leaders of that party are now scared of contesting from constituencies dominated by majority (Hindu) population," Modi said.

"In our 5000-year old culture, it's the first time the Congress-Nationalist Congress Party (NCP) committed the sin of calling the peaceful Hindus 'terrorists' and maligning them before the whole world," roared Modi.

The allusion was to the Malegaon 2006 and 2008 terror blasts in which the role of some Hindu groups had first come to the fore during investigations by state and central agencies.

"This is being done to pamper their vote-bank politics and they will go to any extent to protect them, so the Congress-NCP keeps insulting the common Hindus, our brave soldiers, demand proof of the IAF (Indian Air Force) actions in Pakistan, etc, which is making them popular in the neighbouring country," he said.

"You decide -- Who do you want? Indian heroes or those who have become heroes in Pakistan? Will you teach them a lesson or not? You must create a record by ensuring that the Congress-NCP do not win a single seat (of 48) in Maharashtra," Modi urged the gathering.

“The Congress can go to any extent.. They got us the daag (tarnish) of Hindu aatankwad  (Hindu terror). When you heard the word, did you not feel anguished” – with the mob responding “yes, yes”.

“Has there ever been any incident of Hindu aatankwad (Hindu terror),” Modi asked the crowd, adding that even the English colonial rulers never mentioned it.

“Our over 5,000 year old cultural tradition has been tarnished by them… Can we forgive them, or their mahagathbandhan for this sin?”, to which the crowd roared back “No, No”.

“Can we forgive such a Congress, they have committed a very big paap (sin). Can we forgive. Let them try as much as they want, the Congress will never get mukti from this paap (deliverance from this sin).

“The Congress has understood that the country has decided to punish them. And that is why their leaders are fleeing from the battle ground, as those whom they called aatankwad (Hindu terror) have risen…”

He also singled out the Nationalist Congress Party (NCP) and its top leadership, for a brutal attack, accusing them of ignoring farmers for decades and indulging in blatant corruption.

Targeting NCP President Sharad Pawar, his nephew Ajit Pawar and others, Modi said that owing to a severe 'intra-family crises' the party's grip was slipping from Sharad Pawar's hands.

"Sharad Pawar is one of the most experienced leaders. Anything he does or speaks is after deep calculations. First he said he would fight the elections, but suddenly backtracked. The person who once believed he could become the PM has left the battlefield even before the battle has begun. Even he knows which way the wind is blowing," Modi thundered.

He said that the power play within the family coupled with Ajit Pawar gradually tightening his hold on the party had created huge problems for the NCP to even allot ticket to candidates in the Lok Sabha elections.

In March, Pawar flip-flopped on contesting for the Lok Sabha, before deciding to give the opportunity to gen-next by nominating his grand-nephew Parth Ajit Pawar from the Maval constituency.

"During their tenure as Ministers in the Centre and state, the Pawars only looted thousands of crores of rupees through irrigation projects, infrastructure, realty sectors. They were now worried about all these scams," Modi said.

And it was because of the multi-thousand crore rupees irrigation scam that a drought situation had been created in the Vidarbha region, he said.

Modi charged the Pawars with ignoring various big and small irrigation projects and said the BJP government had completed 99 such incomplete dam works, of which 36 were in Maharashtra alone.

Instead, he said, the Congress-NCP government in 2011 had ordered police firing which killed four farmers protesting in Maval, but the BJP-Shiv Sena government took up the Jalyukt Shivar Abhiyan in earnest that has helped to resolve the drinking water crises in the state.

Earlier, Modi said he was "proud" to be a "chowkidar of toilets", while taking the Congress abuse as an "ornament".

Referring to a Congress leader's reported comments comparing him with a chowkidar of toilets, Modi claimed he was "a guardian of the dignity and self-respect of millions of women", who faced huge embarrassment in the absence of toilets in their homes.

"I am proud and happy to be the custodian of the 'izzat' of crores of women who have to run out before sunrise or wait till sunset for their ablutions," Modi said here as he launched the Bharatiya Janata Party's election campaign for Maharashtra.

He congratulated ISRO scientists on the successful launch of EMISAT satellite on board polar rocket PSLV-C45 from Sriharikota.