In his petition, the complainant referred to a tweet by the Congress leader which, he claimed, held the trial court in contempt and was a conspiracy to spread communal hatred. 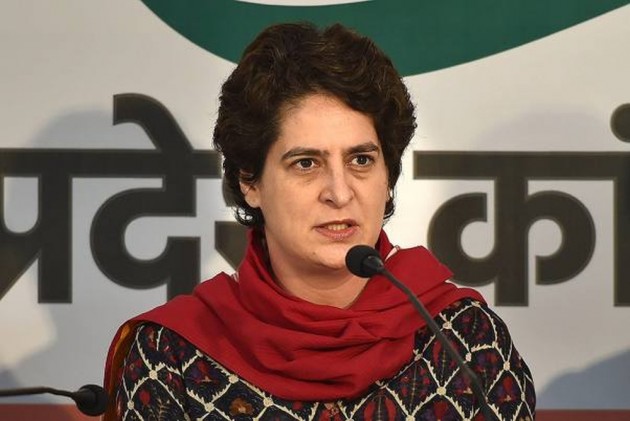 A court in Muzaffarpur of Bihar will hear on August 26 a plea which alleged that Congress general secretary Priyanka Gandhi Vadra's reaction to the judgment in Pehlu Khan lynching case was tantamount to the contempt of court and aimed at spreading communal hatred.

The complaint was filed in the court of Chief Judicial Magistrate Surya Kant Tiwari by local advocate Sudhir Kumar Ojha under sections 153, 504 and 506 of the Indian Penal Code, pertaining to offences of making provocations to trigger riots and break public peace besides making criminal intimidation.

The court fixed August 26 for hearing the case.

In his petition, Ojha referred to a tweet by the Congress leader which, he claimed, held the trial court in contempt and was a conspiracy to spread communal hatred.

Pehlu Khan, a dairy farmer from Haryana, was lynched by suspected cow vigilantes on Delhi-Jaipur highway when he was returning to his village along with cattle he had purchased in Rajasthan.

On August 14, an Alwar court acquitted six persons arrested in connection with the case giving them the benefit of doubt.

In her tweet, Vadra had expressed shock over the judgment and hoped for justice to the aggrieved family members of the deceased.