The trucks were carrying stone chips when they slid off the cargo ship due to a technical snag in Malda district, officials said. 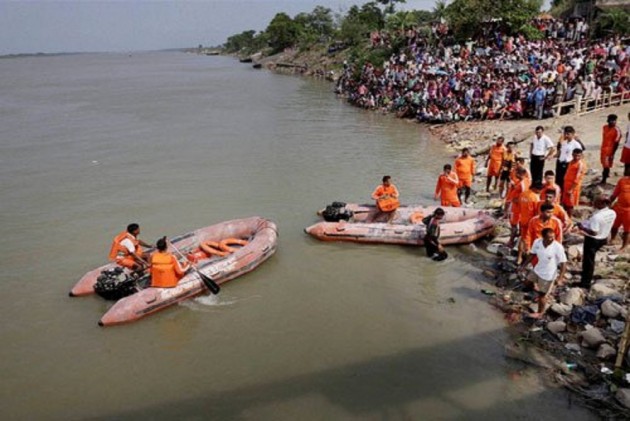 People are feared to be missing after nine lorries fell into the Ganga river West Bengal's Malda district on Monday evening, an official said.

Nine lorries fell into the Ganga river from a Roll On Roll Off (RORO) vessel after it developed a snag while coming from Jharkhand to Manichak in Malda district of West Bengal on Monday evening, an official said.

Though Malda District Magistrate Rajarshi Mitra said several people who were in the lorries swam to safety and no casualty was reported yet, the Zilla Parishad Sabhadhipati claimed that seven-eight people have gone missing after the incident that occurred at around 7 pm.

Malda Zilla Parishad Sabhadhipati Gaur Chandra Mondal visited the ghat at Manikchak where the RORO vessel, which carries vehicles along with passengers, has reached.

A team of the disaster management department has started from Raiganj in Uttar Dinajpur district to reach Manikchak, Mitra said.

The lorries laden with stone chips slid into the Ganga after the RORO vessel run by a Jharkhand-based operator developed some mechanical snag while coming from Sahebganj side to Manikchak, an official statement said.