The Lok Sabha Secretariat Monday issued a revised list of floor leaders of parties in a notification in which Paras has been listed as the leader of Lok Janshakti Party. 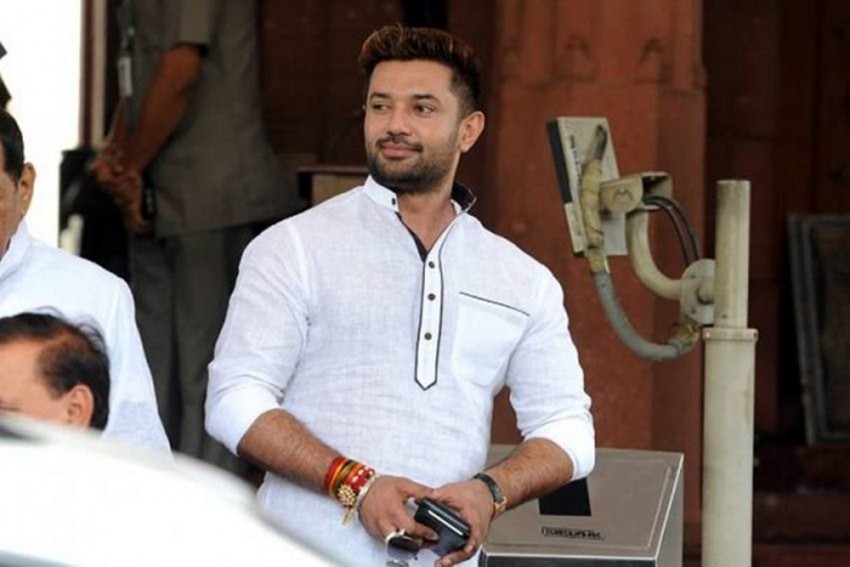 Paras said his group will continue to be part of the BJP-led NDA, and added that Paswan can remain in the organisation.
Outlook Web Bureau 2021-06-15T00:25:56+05:30 Pashupati Paras Overthrows Chirag Paswan As LJP Parliamentary Leader In Lok Sabha 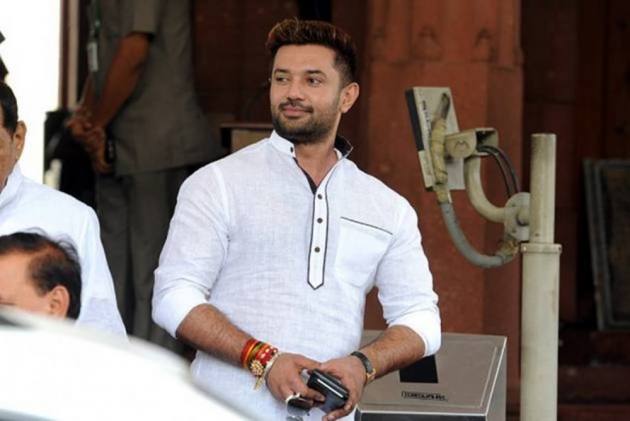 Pashupati Kumar Paras, brother of the late LJP founder Ram Vilas Paswan, has been recognised as the party's floor leader in Lok Sabha in place of Paswan's son Chirag.

The Lok Sabha Secretariat Monday issued a revised list of floor leaders of parties in a notification in which Paras has been listed as the leader of the Lok Janshakti Party.

Five of the LJP's six MPs had met Lok Sabha Speaker Om Birla on Sunday and given him a written request for appointing Paras as their leader in place of Chirag.

On Monday, Paras lauded Bihar Chief Minister Nitish Kumar as a good leader and "vikas purush" (development-oriented man), highlighting the deep fault lines within the party as his nephew has been a strong critic of the supreme JD(U) leader.

"I have not broken the party but saved it," Paras, the MP from Hajipur, said.

He asserted that 99 per cent of LJP workers were unhappy with the turn of events in Bihar as Paswan led his party against the JD(U) and it fared poorly in the 2020 assembly polls.

The LJP has been on the brink of collapse, he said in reference to its poor show in the polls, and lashed out at "anti-social" elements in the party, an apparent pointer to a close aide of Paswan whose proximity to him has not gone down well with many party leaders.

Paras said his group will continue to be part of the BJP-led NDA, and added that Paswan can remain in the organisation.

There has been no comment from Paswan on the development of his party.

Soon after Paras spoke to reporters, Paswan drove to his uncle's residence in the national capital to meet him. Paswan's cousin and MP Prince Raj also stay there.

Paswan, who has not been keeping well for some time, waited for over 20 minutes in his car before he was let into the house and then left after spending more than an hour inside.

He left without saying a word to waiting media persons.

It is believed that neither of the two rebel MPs met him. A household help said the two were not at home when the LJP chief arrived.

Paras had long been unhappy with Paswan's style of functioning and was joined by other MPs, including Chandan Singh, Veena Devi, and Mehboob Ali Kaiser, as they believed that his campaign against Nitish Kumar had left them at a disadvantage in the state's politics.

Kaiser has been elected the party's deputy leader.

The group is also likely to stake a claim in the Election Commission to represent the real LJP with its president now left isolated at the top after taking on the mantle following his father's death last year.

It may move to oust Paswan from the top party post in the coming days.

Sources close to him have blamed the JD(U) for the split, saying the party had long been working to isolate the LJP president after his decision to go all out against Chief Minister Kumar in the 2020 assembly polls.

The JD(U), which was for the first time reduced to the status of a junior partner to the BJP after it lost more than 35 seats due to the presence of LJP candidates, has been seething and had worked to woo over a number of LJP's organisational leaders to its fold. The lone LJP MLA joined the JD(U).

Paras denied the charge that Kumar's party had a role in the split.

The BJP, which has its share of pro-Paswan voices as well as his critics, maintained a silence over the matter, with some party leaders noting that it was an internal matter of the party.

Though he had left the ruling NDA in Bihar to fight independently in the assembly polls, he has maintained a strong pro-BJP and pro-Prime Minister Narendra Modi stand.

With buzz growing about a reshuffle in the Union cabinet, political watchers believe that the development is aimed at thwarting Paswan's chances to join the government but it remains to be seen as to how the saffron party sees the implosion in the LJP.

As such, the equation between the BJP and the JD(U) has been far from smooth despite both parties sharing power in Bihar, and Kumar has been taking various measures to bolster his party's strength after suffering a setback in the assembly polls.

Paras is seen as more pro-Nitish Kumar than pro-BJP, and Paswan's complete marginalisation is not something many BJP leaders will wish even though a section of the party has been miffed with his conduct, sources said.

That not a single MP, all of whom owe their current position to Ram Vilas Paswan, has stood by Chirag Paswan reflects poorly on him, they added.

What will also be a key aspect, while going ahead, is how core LJP voters, mostly members of Paswan community, react to the development.