'Looking at the changed political scenario in the state, there is a need to think and decide the way ahead,' Pankaja Munde said in a social media post. 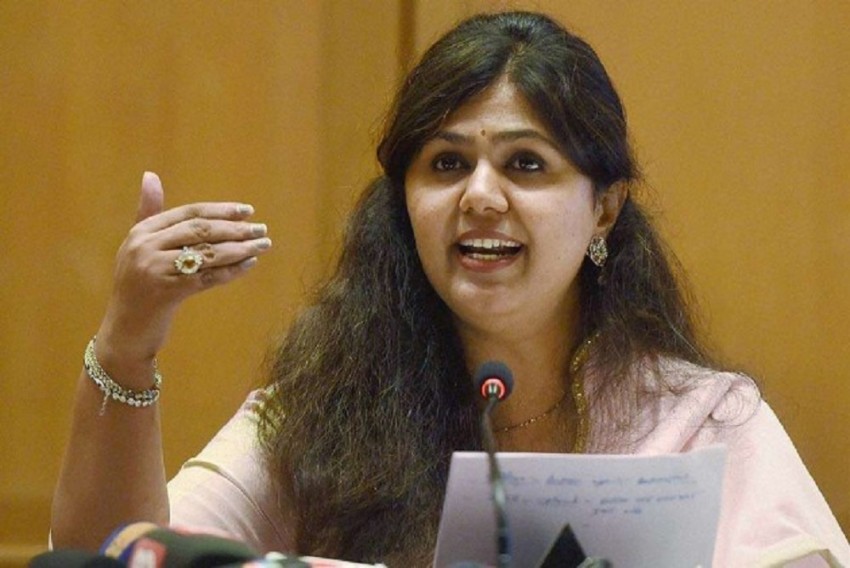 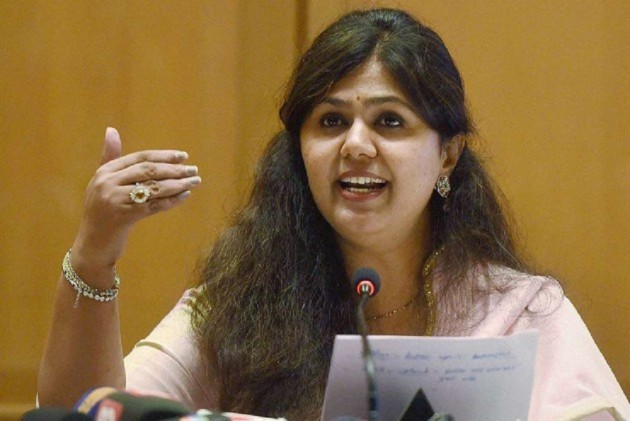 BJP leader Pankaja Munde, who created a flutter with her social media post on her "future journey" in view of the changed political scenario in Maharashtra, has now removed her party's name from her Twitter bio.

On Monday, Munde removed all details from her Twitter bio, including the word 'BJP' and description of her political journey.

In the October 21 state assembly elections, the BJP leader, who is the daughter of late party stalwart Gopinath Munde, lost to her cousin and NCP rival Dhananjay Munde in a bitter contest from Parli seat in Beed district.

She was a minister in the earlier Devendra Fadnavis- led government.

She remained present in all core committee meetings of the state BJP unit held before the formation of the new government led by Sena chief Thackeray.

In her Facebook post on Sunday, she invited her followers to Gopinathgad on December 12 on the occasion of her late father's birth anniversary.

Gopinathgad is a memorial of Gopinath Munde in Beed.

"Looking at the changed political scenario in the state, there is a need to think and decide the way ahead. I need time for some 8-10 days to communicate with myself. Our future journey needs to be decided against the backdrop of the current political changes," she wrote in her Facebook post in Marathi.

"What to do next? Which path is to be taken? What can we give to the people? What is our strength? What are the expectations of people? I will think about all these aspects and come before you on December 12," she posted.

She also wrote that she had accepted her defeat in the polls and moved on.

"I had attended the meetings of the party (BJP)," the former MLA from Parli said on Facebook.

Maharashtra politics saw several twists and turns after the assembly poll results were declared on October 24.

Scripting a new political chapter in the state, the Shiv Sena snapped ties with its decades-old ally BJP, which won maximum 105 seats, and joined hands with the NCP and Congress under the front called 'Maharashtra Vikas Aghadi' to form government.