Earlier, the Aarey Colony was chosen as the project site for the construction of a proposed metro car shed, which was later shifted to Kanjurmarg 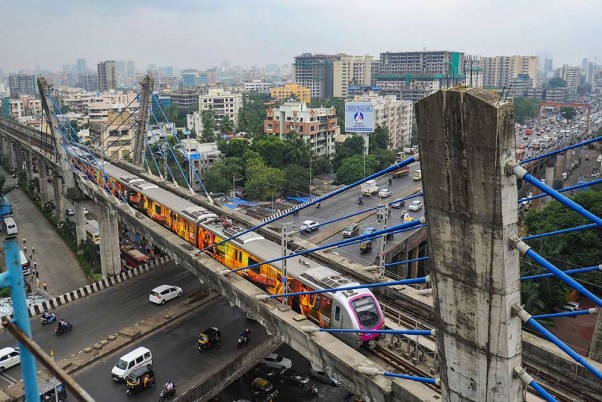 A committee under the leadership of Maharashtra chief secretary Sanjay Kumar on Monday visited Kanjurmarg and Aarey Colony sites. The committee was set up to recommend the site for the construction of a metro car shed, a panel official said.

Earlier, the Aarey Colony was chosen as the project site for the construction of a proposed metro car shed, which was later shifted to Kanjurmarg after the state government orders.

Before holding a meeting at the office of the MMRDA (Mumbai Metropolitan Region Development Authority), the members of committee visited both the sites at the Bandra Kurla Complex.

The panel, which had met in the past on few occasions, is expected to submit its report to the government after holding one or two more meetings, sources said.

The nine-member panel was set up by the state government to recommend an appropriate site, either Kanjurmarg or Aarey Colony, for the proposed car shed for metro-3 line between Colaba in south Mumbai and SEEPZ.

The Bombay High Court on December 14 stayed an order passed by Mumbai suburban district collector allotting 102 acre of salt pan land in Kanjurmarg area for the construction of an integrated Metro car shed.

A division bench of Chief Justice Dipankar Datta and Justice G S Kulkarni also restrained the authorities from carrying out any construction work at the said land.

The Centre and the Shiv Sena-led MVA government in Maharashtra are locked in a tussle over ownership of the land earmarked by the state for constructing the car depot which was earlier planned at Aarey Colony, a green belt in suburban Goregaon.

The Union government has filed a petition in the high court challenging the October 1, 2020 order passed by the collector allotting the land for construction of the car shed, and said the land belongs to its (Centre''s) salt department.

The then Maharashtra government led by the BJP had decided to construct the car shed for the Mumbai Metro line 3 at Aarey Colony in the western suburbs, despite opposition from environmentalists and activists to the vast tree-cutting for the project.

The incumbent Uddhav Thackeray-led MVA government had last year took a decision to shift the car shed from Aarey to Kanjurmarg.

It decided to construct an integrated car shed at Kanjurmarg for Metro lines 3, 4, 4A and 6, instead of constructing separate car sheds for these lines.