Cross LoC Strike: Pakistan's Response This Time Could Be Different From That After Uri

The Indian statement makes two important points: one, it was a “non-military” action. Also, care was taken to avoid civilian casualties. Two, that India was forced to respond against the JeM who were responsible for the Pulwama attack. 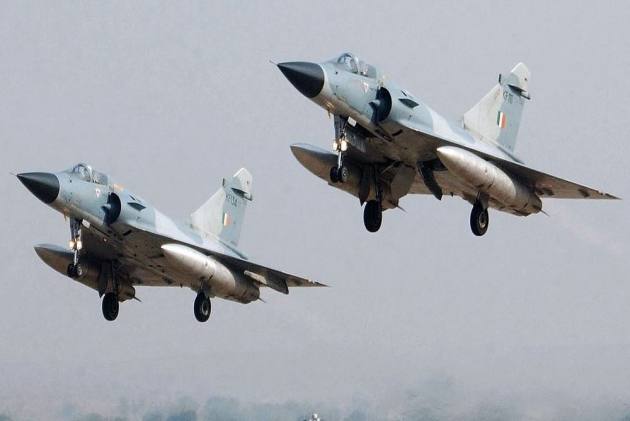 With its early morning air strike on the terrorist group Jaish-e-Mohammad’s training camp at Balakot in Pakistan; India has firmly lobbed the ball back in the Pakistani court.

The onus is now on Pakistan on how it wants to respond to the Indian action. Whether it will be able to ignore the “non-military” operation by the Indian Air Force on the JeM's "biggest training camp" inside its territory or contemplate and carry out a reciprocal attack inside India will depend on the Pakistani government’s decision.

Though post the Indian surgical strike in 2016 in the wake of the Uri terror attack Pakistan had decided not to respond in kind by categorically denying the Indian action, its response this time could be different.

“In an intelligence led operation in the early hours of today, India struck the biggest training camp of the JeM in Balakot, “ Indian Foreign Secretary Vijay Gokhale said in a statement.

He claimed that large number of JeM terrorists, trainers, senior commanders and groups of jihadis who were being trained for fidayeen attacks were eliminated in the IAF operation. “The government of India is firmly and resolutely committed to taking all necessary measures to fight the menace of terrorism,” Gokhale said. “Hence this non-military pre-emptive action was specifically targeted at the JeM camp. The selection of the target was also conditioned by our desire to avoid civilian casualties,” he added.

The Indian statement makes two important points: one, it was a “non-military” action, which means it was not targeted at the Pakistani military. Also, care was taken in avoiding civilian casualties. Two, that India was forced to respond against the JeM terrorists who had been responsible for the terror attack on the CRPF convoy, killing 40 personnel in Pulwama 12 days back.

The first response from Pakistan was to play down the Indian strike. ”Indian aircraft intruded from Muzaffarabad sector. Facing timely and effective response from Pakistan Air Force released payload in haste while escaping which fell near Balakot. No casualties or damage.” Major General Asif Ghafoor, Pakistan’s DGISPR said on Twitter.

This may be the initial response of the Pakistani side. But the possibility of likely pressure from the government’s political opponents on both the civilian leadership and the Pakistani army leading to a stronger response—probably in the form of a reciprocal air strike at some targets inside India—cannot be ruled out in the coming days.

While the Indian government has not clarified if the Balakot being referred to is in Khyber-Pakhtunkhwa province, the area is known to harbour the JeM's training camps.

Balakot is a town in KPK which is Pakistani Prime Minister Imran Khan home territory. In addition, the PTI government had already alienated most of the other major political parties like Nawaz Sharif’s PML-N and Asif Zardari’s PPP since coming to power in autumn last year. A mild response from the Pakistani government is likely to provide them with the handle to mount pressure on the government. Moreover, various militant/terror groups that operate from Pakistan are also likely to take to the streets to pressurize the government to respond in kind against the Indian action.

An emergency meeting of the Pakistani government chaired by Prime Minister Imran Khan is on to assess and decide the evolving situation in the wake of the IAF operation at Balakot. But a gradual military escalation in India-Pakistan relations is now quite a strong possibility.