A Special Cell of Delhi Police in collaboration with the Uttar Pradesh ATS said it had arrested six terrorists who had been planning to plant bombs across the country, especially targeting the festive season. 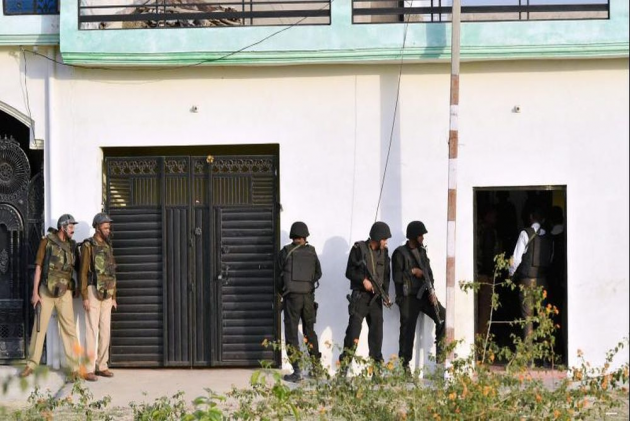 In a startling revelation, the Delhi Police said on Tuesday said it had busted a terror module being organised by Pakistan which was planning country-wide attacks during the festive season.

A Special Cell of Delhi Police in collaboration with the Uttar Pradesh ATS said it had arrested six terrorists who had been planning to plant bombs across the country, especially targeting the festive season. The arrest followed an arduous and intra-state manhunt. Two of the persons arrested reportedly have links with the ISI in Pakistan.

The arrests came following alerts by multiple agencies received by Delhi Police's Special Cell about the whereabouts of the terror module.

Among the six persons arrested was Osama from Delhi, Jaan Mohammad Shaikh from Maharashtra and four others from Uttar Pradesh's Allahabad, Rae Bareilly and Lucknow.

According to reports, the module was being funded through a Hawala network and also included Anees Ibrahim, the brother of gangster Dawood Ibrahim.

Among the arrested, Osama and Qamar, are Pakistan-trained terror operatives working under the instructions of Pakistan's Inter-Services Intelligence (ISI). They were tasked to conduct the reconnaissance of different suitable locations in Delhi and Uttar Pradesh for placing IEDs, police said.

"The arrest of the four accused has exposed the nexus of Pakistan's ISI-sponsored and trained terror modules with underworld operatives and averted a slew of serial blasts and targeted killings in Delhi, Uttar Pradesh, Maharashtra and other states in India," said Deputy Commissioner of Police (Special Cell) Pramod Singh Kushwah.

"Pakistan-organised terror module has been busted and six persons have been arrested, including two Pakistan-trained terrorists," he said.

Explosives and firearms have been recovered from Allahabad in Uttar Pradesh in a multi-state operation, Khushwah added.

Police said that the arrested men were tasked separately to execute different aspects of the terror plan.

The underworld operative Sameer, close contact of Anees Ibrahim, was tasked by a Pak-based person connected with underworld operatives hiding in Pakistan, to ensure smooth delivery of improvised explosive devices (IED), sophisticated weapons and grenades to different entities in India.

Anees Ibrahim, who is presently based in Pakistan, is stated to be the underworld connect of this module, police said.