Pakistani Prime Minister Imran Khan alleged that the Narendra Modi-led government was “threatening” Kashmiris who have been placed under curfew for over two weeks. 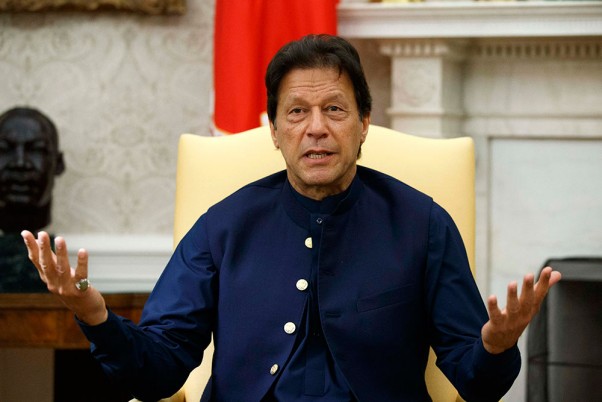 Days after Defence Minister Rajnath Singh said that India may change its ‘no first use' policy regarding nuclear weapons, Pakistan Prime Minister Imran Khan on Sunday ‘warned’ the international community of the threat from India’s nuclear arsenal.

In a series of tweets, Khan said the world must “seriously consider the safety and security of India's nuclear arsenal in the control of the fascist, racist Hindu Supremacist Modi Govt.”

The World must also seriously consider the safety & security of India's nuclear arsenal in the control of the fascist, racist Hindu Supremacist Modi Govt. This is an issue that impacts not just the region but the world.

He went on to say that this is “an issue that impacts not just the region but the world.”

Rajnath Singh had on Friday said that while India had adhered to its commitment of 'no first use' policy regarding nuclear weapons, the future policy would depend upon the situation.

The Pakistani Prime Minister also alleged that the Narendra Modi-led government was “threatening” Kashmiris who have been placed under curfew for over two weeks.

The statement from Imran Khan also comes after the United Nations Security Council held a closed-door meeting to discuss Kashmir over the insistence of Pakistan and China.

Parts of Jammu and Kashmir, especially the Valley, have been placed under curfew since August 5 when the Central government decided to abrogate Article 370 and to bifurcate the state into two Union Territories.