Speaking at the Pune International Literary Festival, the Lok Sabha MP from Kerala also said differences between political parties do not matter when it comes to foreign policy. 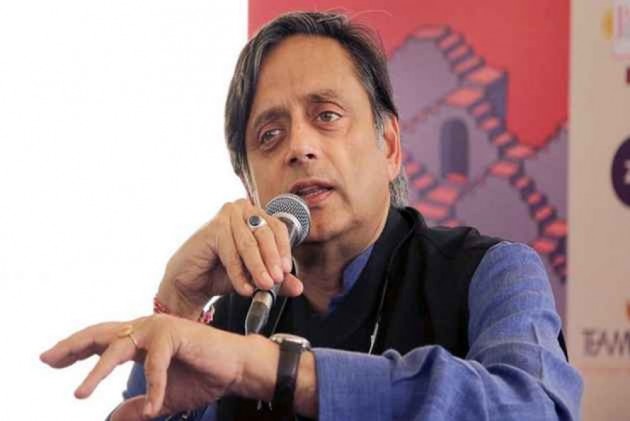 Senior Congress leader Shashi Tharoor on Saturday said Pakistan is the "least qualified" country to criticise India on the Kashmir issue, especially in view of its own record in PoK.

Speaking at the Pune International Literary Festival, the Lok Sabha MP from Kerala also said differences between political parties do not matter when it comes to foreign policy.

"I would like to send an implicit message outside. We may have differences within our country but when it comes to India's interest, it is not BJP's foreign policy nor is it Congress' foreign policy. It is the Indian foreign policy," Tharoor asserted.

He had the right to criticise the (Union) government on Jammu and Kashmir as to the treatment meted out to the people and elected representatives of that state, he said.

"I will continue to attack the government on domestic issues, but when it comes to the international position, I feel Pakistan is the least qualified country to criticise
India on Kashmir issue. Look at what they have done to PoK (Pakistan-occupied-Kashmir)," he said.

Talking about his own transition from international diplomat to politician, the Congress leader said earlier he got "preferential treatment", but now the "protective ring" has been removed, adding that he has had many "tests by fire".

He used to interact with "real people" when he first took to social media, but now 95 per cent people on social media are "abusers", he said.

"There is a mafia of abusers on social media and they will do everything to call me a murderer or declare me the reincarnation of Casanova," he said.

Talking about Narendra Modi, Tharoor said he must be given his due as a democratically elected prime minister.

"Whether we like his politics or not, nonetheless he is the democratically elected PM of the country and when he goes abroad, he is PM of India and he carries my flag. I want
him to be received and treated with the respect due to my country's prime minister," he said.

'Howdy Houston,' Says PM Modi As He Touches Down In Texas For Mega US Visit