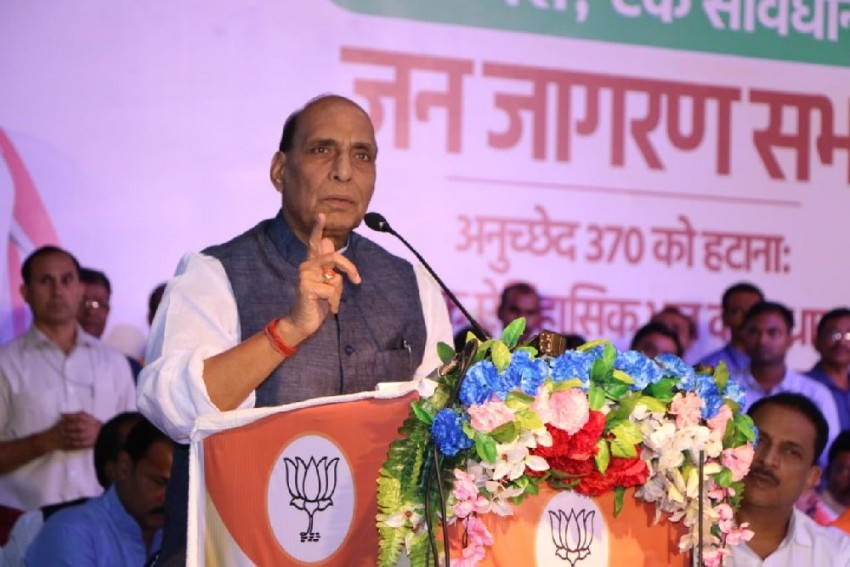 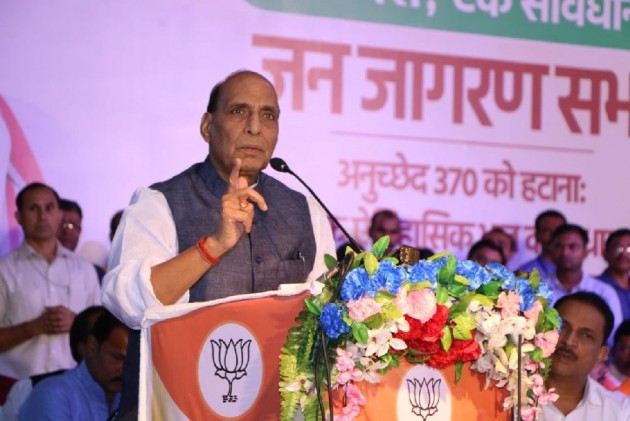 Defence Minister Rajnath Singh on Sunday warned Pakistan against "repeating mistakes of 1965 and 1971" even as he asserted that the neighbouring country ran the risk of getting "dismantled" on account of flagrant violation of human rights on its soil.

"They(Pakistan) should not commit the mistake of repeating 1965 and 1971. If they repeat it, then they should think what will become of Pakistan Occupied Kashmir...Human rights violations are committed against Balochs & Pashtuns there. If it continues, no power will be able to protect Pakistan from getting further divided into pieces," Singh said.

Addressing a "Jan Jagran Sabha" (public awareness meet) organized by the BJP in Patna, where senior party leaders spoke on the Narendra Modi government's move to strip Jammu and Kashmir of its special status, Singh said that Article 370 was like a "cancer" which was bleeding the state.

More than three-fourths of J&K population was in favour of abrogation of Article 370, he stated.

"The BJP had never softened its stance on Article 370, irrespective of whether it was at the helm or not. Its abrogation has proved that the party is honest and credible," Singh maintained.

"Talks with Pakistan will henceforth resume only after it stops promoting terrorism. And the country must keep in mind that Jammu and Kashmir is an integral part of India and discussion can only take place about Pak-occupied Kashmir," he added.