'Considering the facts and circumstances, I am of the view that police custody is justified,' Special Judge Ajay Kumar Kuhar said while allowing four-day CBI custody of P Chidambaram in INX Media Case. 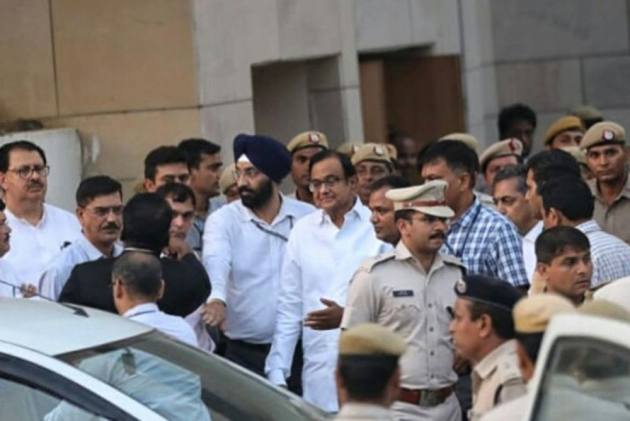 Special Judge Ajay Kumar Kuhar asked the agency to conduct medical examination of Chidambaram as per the rules. The court also said that the family members and lawyers of Chidambaram should be allowed to meet him for half an hour every day during his his custody in CBI.

"Considering the facts and circumstances, I am of the view that police custody is justified," the judge said and remanded him to CBI's custody till August 26.

Never Met Peter Or Indrani Mukerjea, We Are Being Targeted: Karti Chidambaram

Seeking his 5-day custody, Solicitor General Tushar Mehta, arguing for CBI in Court, said that Chidambaram "is non cooperative and he was evasive to questioning". He said Chidambaram's custodial interrogation was necessary to unearth larger conspiracy in the INX Media case.

Senior advocate Kapil Sibal appearing for Chidamabaram argued that the accused in the INX Media case, Karti Chidambaram, was on bail. He said that Foreign Investment Promotion Board approval was given by six government officials and none of them have been arrested. Sibal argued that the first arrest in the case was of Bhaskar Raman, chartered accountant of Karti, who is presently out on bail.

Chidambaram asked for the permission from the court to speak. When he was allowed to speak, Chidambaram said that he has not left any question unanswered.

Chidambaram's family members, including his wife Nalini and son Karti, were also in the courtroom along with other senior advocates including Dayan Krishnan.