CBI had sought five-day custody of the former Finance Minister in connection with the INX media case and said that Chidambaram was not cooperating with the investigation. 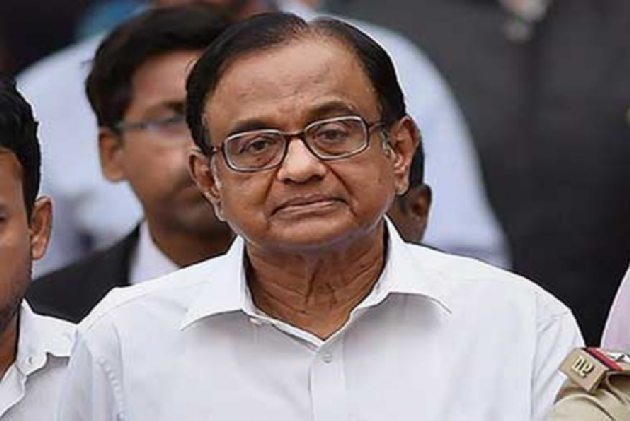 Former Finance Minister P. Chidambaram has been sent to CBI custody till August 26 in INX  media case. Chidambaram was produced before Delhi's Rouse Avenue Court after he was arrested by the CBI on Friday night. He was taken to the special CBI court and produced before Judge Anil Kumar Kuhad.

CBI had sought five-day custody of the former Finance Minister and had said that he was not cooperating with the investigation.  Kapil Sibal, senior advocate appearing for Chidambaram, had opposed the five -day custodial interrogation sought by CBI and argued in court that whatever the probe agency says cannot be treated as "gospel truth".

The court in its order said that allegations against Chidambaram are serious in nature and in-depth investigation is required.  The court further remarked that investigation needs to be brought to a logical end for which custodial interrogation is sometimes found useful and fruitful.

Chidambaram's questioning began at around 10.20 am at CBI headquarters on Thursday and lasted "for as many as 3 hours" about his involvement in the money laundering and corruption related to the INX Media case, NDTV reported citing sources.

Here are the updates:

7:50 PM: Meanwhile, Congress interim president Sonia Gandi, speaking in Delhi said, "Rajiv Gandhi came to power in 1984 but he never used powers to create an atmosphere of fear or to destroy the freedom and liberty of the people. He never used his power to put the principles of democracy in danger."

Congress Interim President Sonia Gandhi in Delhi: Rajiv Gandhi came to power in 1984 but he never used powers to create an atmosphere of fear or to destroy the freedom & liberty of the people. He never used his power to put the principles of democracy in danger. pic.twitter.com/kyh4yjx3rK

7:46 PM: The court further remarked that investigation needs to be brought to a logical end for which custodial interrogation is sometimes found useful and fruitful.

7: 42 PM: "Trail of money, if so paid, is to be ascertained. It is a case based on documentary evidence and those documents need to be traced," the court remarked.

7:38 PM:  The Special Court says allegations against Chidambaram are serious in nature and in-depth investigation is required.

7:27 PM: Delhi court asks CBI to ensure that personal dignity of Chidambaram is not violated in any manner.

7.17 PM: In an oblique reference to Chidambaram's arrest, Sonia Gandhi said, "Rajiv Gandhi got a massive mandate in 1984, but did not use it to create atmosphere of fear or to threaten people."

6:43 PM: Court sends Chidambaram to CBI custody till August 26 in INX media case. His Lawyers, family members, will be allowed to meet him for 30 minutes daily.

5:50 PM: Earlier during the hearing, Chidambaram had dismissed CBI’s charge that he was not cooperating in the investigation and argued in court that he had told the CBI that he has no overseas bank account while his son Karti has an account abroad.

5:09 PM: P Chidambaram says in court, "Please look at the questions and answers, there are no questions which I have not answered, please read the transcript. They asked, if I have a  bank account abroad, I said no, they asked if my son has an account abroad I said yes."

5:06 PM: Chidambaram gets permission to speak in the court, says "I did not leave any question unanswered."

5:02 PM: "We are not extorting confession but we have the right to reach to the root of the case", says Solicitor General Mehta appearing for the CBI.

4:57 PM: Chidambaram has tremendous potential of not cooperating in probe since he is highly intelligent, Solicitor General Mehta tells court.

4:50 PM: P. Chidambaram says he wants to speak but Solicitor General Tushar Mehta opposes Chidambaram's plea that he be allowed to argue himself. Mehta says that able lawyers are already representing the former Finance Minister.

4.46 PM: Police remand can only be in special circumstances and this is also a case where there is no new development, Singhvi, appearing for Chidambaram, tells court. Singhvi further argued that only old questions are being asked after arrest since last evening.

4: 39 PM:  "How can CBI seek remand on ground of evasive replies, that is not the law," AM Singhvi, appearing for Chidambaram tells court.

4:38 PM: Singhvi opposes custodial interrogation of Chidambaram saying no allegation of tampering of evidence made by CBI.

4:36 PM: Chidambaram is not flight risk and he cannot answer according to what they want to hear, Singhvi further tells court.

4:33 PM: Entire case based on a statement given by  Indrani Mukerjea who has now turned an approver, Singhvi tells court.

4:19 PM: Grant of bail is a rule and the issue before court is of personal liberty, Sibal argues in court. Sibal further argued that CBI cannot say Chidambaram that has been evasive in investigation.

4:18 PM: Senior advocate Sibal says that CBI could have written letter to Chidambaram for producing documents alleged to be in his possession.

4:13 PM: Chidambaram tells court he has not slept for 24 hours.  The former Finance Minister's advocate said that what the CBI says is not the gospel truth.

4:12 PM:  Foreign Investment Promotion Board approval is given by six government secretaries none have been arrested, says Sibal in court. “This is a case of documentary evidence. Chidambaram has never skipped interrogation,” Sibal was further quoted as saying by ANI news agency.

4:07 PM: FIPB approval given by senior officials, who were not arrested, Sibal tells court.

3:57 PM: Solicitor General Tushar Mehta, appearing for CBI says charge sheet yet to be filed in the case and it would need more material which Chidambaram is holding.

3:54 PM: CBI says Chidambaram not cooperating in the investigation.

3:48 PM: Solicitor General Tushar Mehta, for CBI, says Chidambaram was in conspiracy with others in the INX Media scam.

3:41 PM:   Chidambaram's family members, including his wife Nalini and son Karti, are also in the courtroom along with other senior advocates including Dayan Krishnan.

Heavy security arrangement has been made outside the courtroom.

Delhi: P. Chidambaram brought to CBI court for hearing in INX Media Case. He will be produced in court shortly. pic.twitter.com/EXSk8yA69Q

3:31 PM: Hearing to commence in the CBI court shortly.

3:29 PM:  Chidambaram is having a discussion with senior advocate and party colleague Kapil Sibal.

3:00 PM: In a statement issued by Trinamool Congress, Mamata Banerjee reacted to Chidambaram's arrest. She quoted Rabindranath Tagore and said the "message of justice is crying silently in isolation".

"P Chidambaram is an economist, and a former home minister and finance minister. The manner in which he has been arrested is depressing. There are four pillars of democracy: democratic institutions, Election Commission, media and judicial system. The democratic system of our country is crying, yet the judiciary is not coming to its aid," she said.

2:45 PM: P. Chidambaram is now being taken from CBI Office to court for hearing in INX Media Case.

2:40 PM: Heavy security outside Central Bureau of Investigation (CBI) office from where P. Chidambaram will be taken to court for hearing; water cannons also deployed outside the office.

2: 33 PM:  Congress workers in West Bengal staged road blockades and organised rallies in various parts of the state on Thursday to protest against the arrest of former Union finance minister and party's senior leader P Chidambaram.