Over 700 Migrant Workers Protest At Mangaluru Railway Station, Demand To Be Sent Back Home 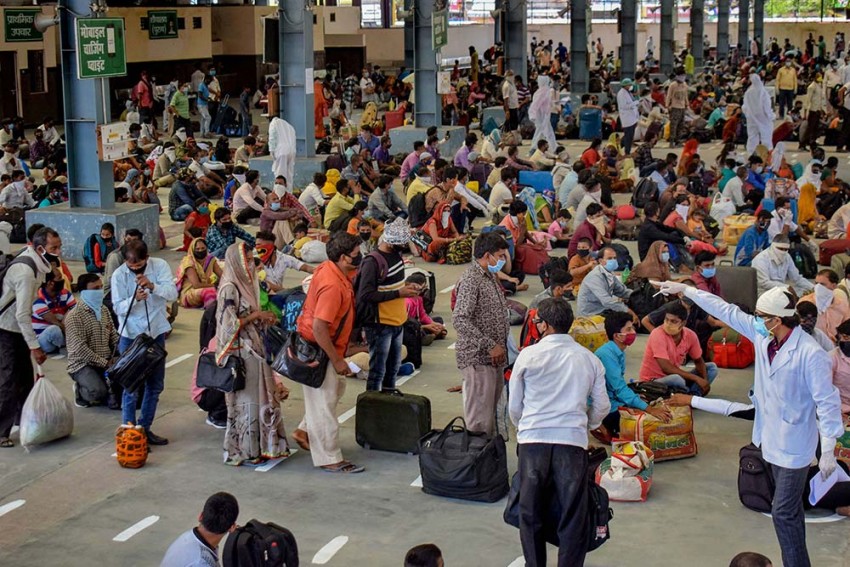 Migrants arrive from Surat by a special train at the railway station in Prayagraj, Uttar Pradesh. (Image used for representative purpose)
PTI Photo
PTI May 08, 2020 00:00 IST Over 700 Migrant Workers Protest At Mangaluru Railway Station, Demand To Be Sent Back Home 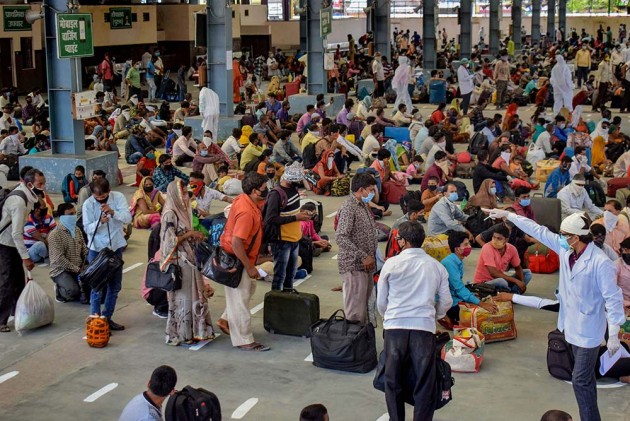 Hundreds of migrant workers belonging to northern states on Friday staged a protest in front of the central railway station in Mangaluru demanding that arrangements be made for them to return to home towns.

The crowding of workers at the railway station is learnt to be prompted by a social media post which went viral giving false information that free special trains have been arranged for workers, sources said.

More than 700 workers residing at Surathkal, Nanthoor, Kulur and Derebail near Mangaluru reached the station by foot.

Some of them held placards reading "we want to go home."

Hundreds of migrant workers gather at Mangaluru Central Railway Station asking officials to allow them to return home in trains. Workers are from Jharkhand and work in hotels, malls and as construction labourers. Officials trying to convince them to go back to their residences. pic.twitter.com/lddeooLRgX

Railway Protection Force personnel and police had a tough time controlling the crowd.
Dakshina Kannada assistant commissioner Madan Mohan, who reached the spot, tried to pacify the workers, telling them that all arrangements will be made for them till the train
services are arranged.

The workers, who initially refused to disperse, went away only after city police commissioner P S Harsha assured them that arrangements will be made for their travel back home
within three days.

They had told police that they were stuck in the city without jobs, money and adequate food and that they were even willing to walk to their home states if the special trains were not operated immediately.

They were taken back to their places of stay in Karnataka State Road Transport Corporation buses. On Thursday, the Karnataka government decided to deploy special trains from May 8 to send back the workers to their homes and sought approval of nine states for the process.

They were informed that Karnataka intended to run two trains a day to these states till May 15 for ferrying the thousands of migrant workers, stranded in the city and other districts due to the COVID-19 lockdown.

The fresh move came two days after the government withdrew its request to the railways to run special trains for the migrants within hours of making it on Tuesday.

Eight special trains had ferried migrant labourers to their home states from the Bengaluru division before the cancellation.

Poetics Of Solitude, Songs Of Silence