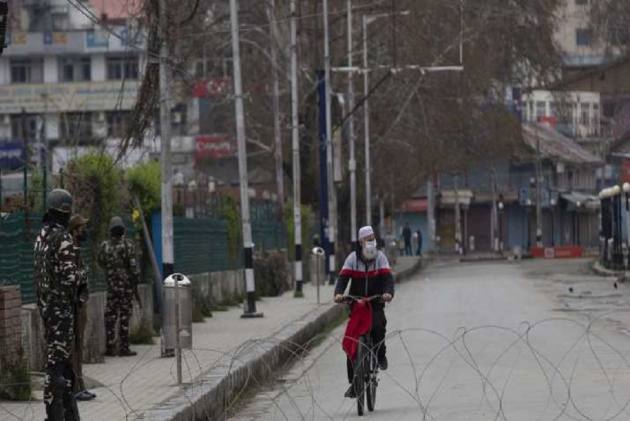 The Jammu and Kashmir police have detained over 500 persons across the Kashmir valley following the recent attacks on civilians, the police sources said.

Sources said most of the people detained are having cases of stone-throwing against them or past records of stone-throwing or they were affiliated with some proscribed separatist organisations like having links with the Jamaat-e-Islami or past affiliation with Tehreek-e-Hurriyat. Some of the detained include those who were earlier having known links with militancy.

The police have detained 70 youth in Srinagar, around 40 from south Kashmir’s Shopian district. Sources said most of the detained youths have previous cases of stone-throwing for which they have secured bail from different courts. Senior police officials refused to talk about these detentions. The IGP Kashmir Vijay Kumar didn’t pick up the phone.

The raids, NIA said, were conducted with the assistance of CRPF and J&K Police at seven locations in the Kulgam, Srinagar and Baramulla districts of J&K.

“Investigation has revealed that Pakistan based handlers of proscribed terror outfit LeT and their associates based in J&K had conspired to cause extensive terror activities for harming the general public. They had planned that responsibility for the terrorist acts so committed would be taken,” the NIA statement.

Fear gripped within the minority after the October 5 evening militant attacks that started with the killing of well-known chemist Makhan Lal Bindroo at his shop in the high-security zone of the Iqbal Park area. This was followed by the killing of a non-local roadside Bhelpuri vendor in Lalbazar of Srinagar. In the third attack in north Kashmir’s Bandipora district, militants shot dead a civilian identified as Mohammad Shafi Lone. The attacks sent shockwaves across the Valley.

A day later on October 6 morning, terrorists shot dead a principal of a school Deepak Chand and a female teacher Satinder Kour, 50, inside the school premises in Eidgah after isolating them after checking their identity cards.

The Resistance Front (TRF), claimed responsibility for the attack and said the teachers were killed for their role in getting students to participate in a “function at school on August 15”, India’s Independence Day.

Last Saturday, militants had killed Majid Ahmad Gojri and Mohammad Shafi Dar for their alleged links with the security forces in Srinagar. The Resistance Front had claimed responsibility for the killings.

Police have said that of the 28 civilians killed since January and only seven are non-Muslims. While Muslims workers of the BJP have usually been the targets of such attacks, the killing of Kashmiri Pandit and a Sikh and non-local Hindus have led to outrage and caused fear among the minorities, who see the situation as akin to 1990 when a large number of people migrated from the Valley.

The police claimed to have solved the case of the killing of civilian Muhammad Shafi Lone in Bandipora. The police said they have arrested four Over Ground Workers of LeT (TRF) involved in the killing.

“The killing was carried out at the behest and instruction of LeT(TRF) handler Lala Umar, a resident of Pakistan. To carry out the nefarious design, a conspiracy was hatched by a LeT(TRF) module of Shahgund, Hajin area. The module carried out a thorough recce of the target and all his movements were closely watched,” IGP Kashmir, Vijay Kumar told a local news agency.