'Our MLAs Not For Sale; Will Expose Fascist Forces': Rajasthan CM Ashok Gehlot

The party has moved its legislators and independent MLAs supporting the Gehlot government to a private resort in Jaipur to prevent alleged horse-trading. 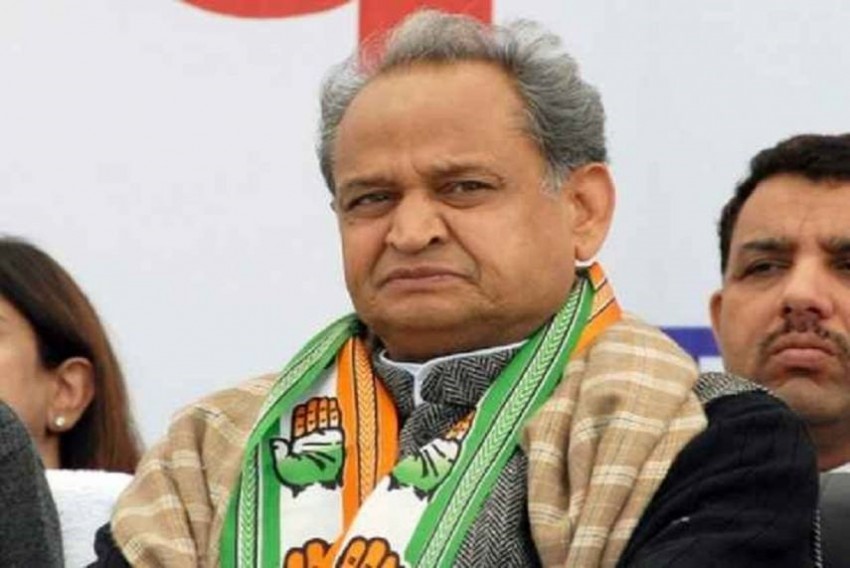 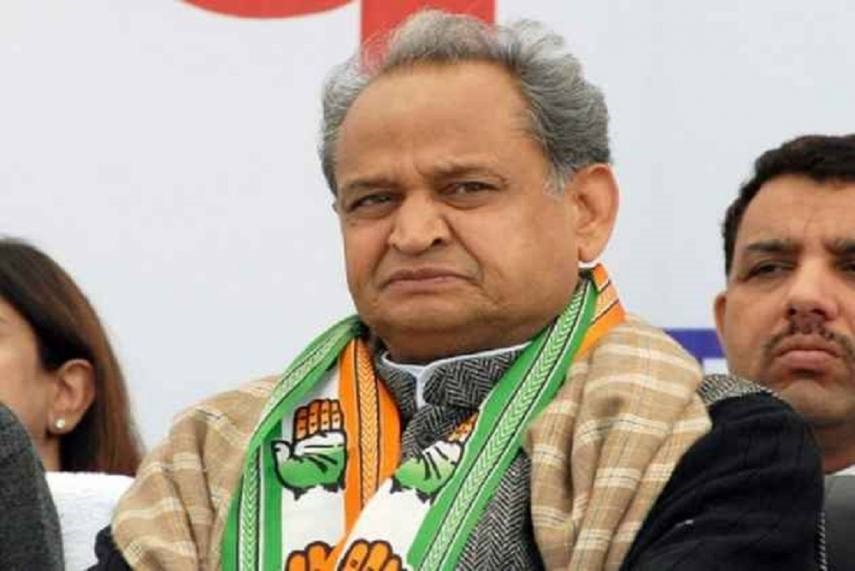 Amid rumours of the Bharatiya Janata Party (BJP) trying to engineer defections from among legislators supporting his government in a bid to wrest an additional Rajya Sabha seat and eventually grab power in Rajasthan, state chief minister Ashok Gehlot on Friday claimed the Congress will “expose the fascists forces undermining democracy”.

Addressing the media at a private hotel in Jaipur, Gehlot, along with his deputy, Sachin Pilot and Congress national media cell chief Randeep Surjewala, said both candidates fielded by their party for the June 19 Rajya Sabha polls will win. The press conference, also seen as the party’s show of unity despite continuing talk of discord between Gehlot and Pilot, came days after Mahesh Joshi, Chief Whip of the Congress in the state assembly, wrote to the Director General (Anti-Corruption Bureau) alleging a BJP plot to destabilise the state government by luring his party’s MLAs and over a dozen independent legislators.

Following Joshi’s letter, the party had moved its legislators and independent MLAs supporting the Gehlot government to a private resort in Jaipur to prevent an encore of the political drama that unfolded in Madhya Pradesh in March when 22 Congress legislators who owed allegiance to Jyotiraditya Scindia switched to the BJP and toppled the Kamal Nath-led government.

On Friday, as Gehlot and Pilot asserted that their legislators were “not for sale” and they will stand by the Congress party, the Rajasthan chief minister also upped the ante against the BJP claiming that he had directed for a probe by the state’s Special Operations Group (SOG) to “determine how the BJP is funneling huge amounts of cash to indulge in horse trading”.

The SOG investigation, Gehlot said, will run parallel to the one already initiated by the Anti-Corruption Bureau in response to Joshi’s complaint. Gehlot, however, refused to divulge any details about MLAs from his party or among the independents that the BJP had approached or the amount of money that was promised to them as reward for their possible defection. “This is now a matter of investigation and I will not comment on the matter,” Gehlot said.

The CM claimed that the Rajya Sabha polls, previously due in March, were “deliberately deferred for two months because the BJP had not been able to complete its horse trading plans in the state in March although it did manage to topple the democratically elected Congress government in M.P”. He also hit out at Prime Minister Narendra Modi and Union home minister Amit Shah saying that the duo “do not believe in democracy and are only bothered about grabbing power”. Alluding to the nationwide chaos wreaked by the coronavirus pandemic, Gehlot said, “this is a time to save lives and not indulge in dirty politics but Modi and Shah do not understand this simple thing.”

Echoing Gehlot’s views, Pilot said that the Congress will not just “keep its votes intact but our candidates may even get some extra… no one should have any doubt or spread any canards; we are united and our government is stable.” When a journalist alluded to the differences between him and Gehlot, Pilot said, “This talk of differences within the Congress has now become boring and no one is interested in it… the BJP must look within its own flock and see how many camps exist there.”

Of the three vacant Rajya Sabha seats up for polls in Rajasthan, the Congress has the required number of MLAs to wrest two seats (51 per RS berth) while the BJP with its 72 legislators can comfortably secure victory for one candidate. The Congress has fielded party’s national general secretary KC Venugopal and Neeraj Dangi, a Gehlot confidante. The BJP’s decision to field two candidates – Rajendra Gehlot and Omkar Lakhawat – will prevent a unanimous election on the three seats.

The Congress presently has 107 legislators (including six MLAs who had won the December 2018 assembly polls on a Bahujan Samaj Party ticket but later defected en bloc to the Congress) and the support of 13 independents MLAs, taking the Gehlot government’s majority tally to 121 MLAs in an assembly of 200 members. The BJP, on the other hand, has 72 MLAs and claims to have the support of six others.