Asked if Bollywood is headed for an era marked by 'no star system', Jaideep Ahlawat says, 'The stars, for one, will always be there; only their faces will change. Old stars will make way for the new ones.' 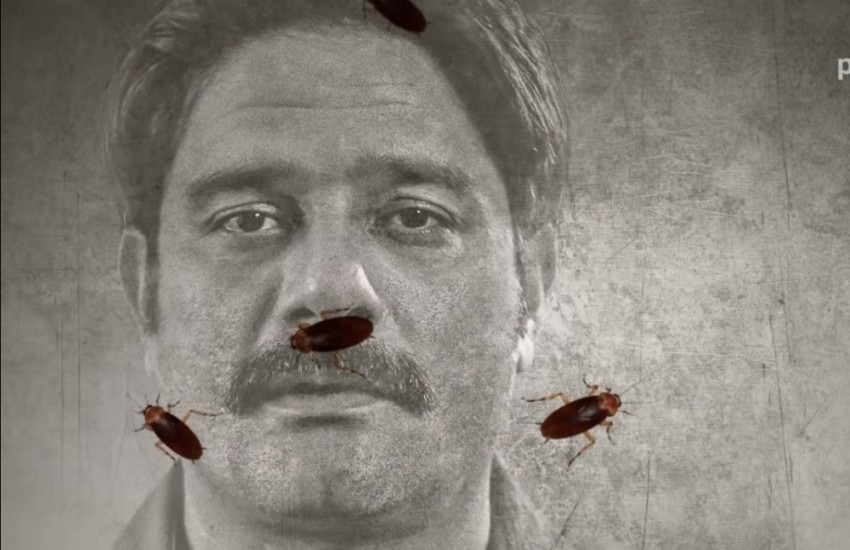 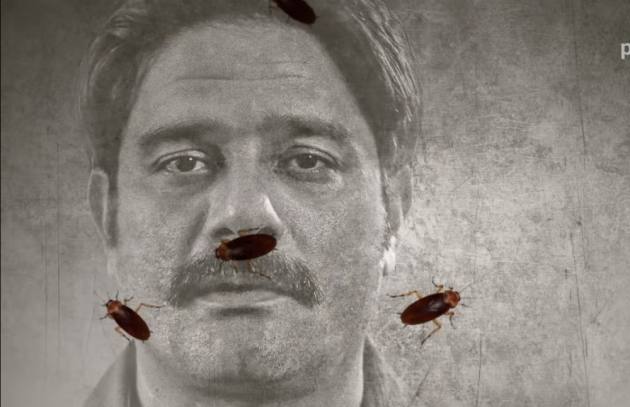 Actor Jaideep Ahlawat is winning plaudits for his arresting portrayal of a down-and-out cop in a critically-acclaimed web series, Paatal Lok -- a neo-noir, crime thriller currently streaming on Amazon Prime Video. The 42-year-old actor, who had delivered a stunning performance in Anurag Kashyap’s epoch-making Gangs of Wasseypur way back in 2012, speaks to Giridhar Jha about his latest web series and his journey in Bollywood so far. Excerpts from the interview:

Paatal Lok has opened to rave reviews and your character of Hathiram Choudhary is being widely appreciated. What do you think is the USP of the web series?

There are many things. I would say it has one of the finest writings I have seen in recent times. You get to see a social structure made of different strata of society -- Swarg Lok, Dharti Lok and Pataal Lok -- where people from different classes lead their lives in their way. As far as my character is concerned, Hathiram is from Dharti Lok who is torn between his personal and professional lives. It is a story of every individual. How he lands in such a situation and how he fights his battle on both fronts to forge ahead is what this web series is all about.

Also Read: 'Paatal Lok' May Do What 'Gangs Of Wasseypur' Failed To Do For Jaideep Ahlawat’s Career

The content has been a buzzword in the entertainment industry for about a decade now. Do you think the advent of web series will take it to the next level?

Absolutely. It is a new audio-visual medium enabling you to tell a story on a huge platform, which is not restricted to the country but has a worldwide reach. You can showcase your work through it to a global audience and also watch the work of others from across the world. It helps you widen your horizons when you get to see such work. You get a better vision and perspective as an actor. You feel challenged to try out new things. There are immense opportunities on this medium. Apart from its phenomenal reach, you can show certain content which cannot be shown under the present Indian censorship laws. Of course, contents on the web are classified in different categories such as 13+, 16+ or 18+ depending on their suitability for diverse audiences but it is discretionary. The good thing is that you have the option to put across a certain point of view which reaches a global audience.

You have worked in different mediums -- theatre to the web in your career. As an actor, do you have to change for different formats?

When the camera rolls, they are all the same for an actor. How your work is taken to the audiences after that varies from one medium to another. The mode and style of work, as well as the reach of all the mediums, are different. For an actor, you have to play your part as an actor at the end of the day, regardless of the medium. As an actor, it does not bother me whether my work is reaching through cinema, TV or a web series. Actor hain, acting hi karni hai (Actors have to do acting only.)

With the advent of global OTT platforms such as Amazon Prime Video and Netflix, which are funding big projects like Paatal Lok, do you foresee a time when they will finally replace cinema?

Twenty years ago, you had to pay for incoming calls on your mobile phones. Who had then thought of using smartphones on which you could watch all kinds of audio-visual content from all over the world? In the coming years, OTT platforms will certainly grow bigger at the global level but cinema has its impact. Movies which were made at the start of this millennium are still considered cult classics. Even today, films are being made in and outside the country. Cinema, therefore, cannot be replaced but OTT platforms have an immense scope, especially in the East, where many people are still not connected to them. There are many opportunities on this platform in the Indian subcontinent.

There has been a mad rush lately to make web series, which has raised concerns over the quality for content…

It has always been like that in every medium. It is the responsibility of the film-makers, actors and writers who have the freedom to do the kind of work they want to do irrespective of whether it is good or not. If I feel I have to do a certain kind of work, I would like to do it. It feels good to get new opportunities.

From Gangs of Wasseypur to Raazi, you have played many strong characters. How do you look back at your career? Are you happy with the way it has evolved so far?

It is not that I am happy or unhappy over something, thinking about how it could have been better or how I could have made better progress. And who will decide how could it have been any different? If you look at it, there has been some good work. I am happy that I am not in any blind race. I prefer to be selective in my work. I am never depressed or nor do I ever feel suffocated. I am okay with the fact that my work reaches out to the people. Ups and downs are part of life. One has to try out his best and march ahead.

How do you remember your character of Shahid Khan in Gangs of Wasseypur?

Films such as Gangs of Wasseypur and Raazi (2018) are milestones in my career. Whenever I would look back, I would realise that I was lucky to be part of such projects. By the grace of God, I got such opportunities. I hope that I would keep getting one such project every year for the rest of my life.

With the rise of content-driven movies, which has prepared the ground for actors like you to make a mark, do you think Bollywood is heading for an era where there will be no star system?

I do not think so. The hero keeps changing in every era. Every 10-15 years, society changes. The thinking of a 10-year-old kid changes when he turns 20. Such changes can be seen in every aspect of life. People’s preferences also change with time. Some things become part of the past, some things remain the same. The stars, for one, will always be there; only their face will change. Old stars will make way for the new ones. For example, there were stars like Balraj Sahni and Dev Anand earlier. Today, we have Shah Rukh Khan and Salman Khan. For actors, more options have come up due to the advent of new platforms. There were fewer opportunities when only cinema was there but with the advent of television, new avenues have opened up. Similar is the case with the rise of web series.

What do you intend to do after the success of Paatal Lok? Which are your forthcoming projects?

I had completed some work just before the lockdown. I cannot say at the moment when they will be released. Baaghi 3 was released only two weeks before the lockdown and was doing well. Right now, I am reading scripts to make the most of my time at home.