One Virus, Second Wave And Multi-Fold Miseries Of Migrant And Informal Workers In India

The fear of curfew and lockdown and the pull of harvest and marriage season are some other factors that are driving migration. 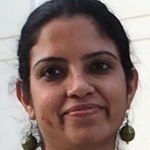 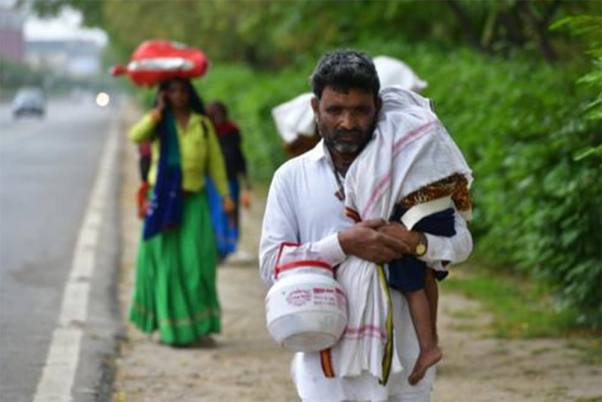 India is witnessing the second wave of Covid-19 infections and this time surge is worse than before. Though the government said it was better prepared unlike last time to handle the situation, it has not enforced a national lockdown.

The curbs are mostly localised in nature but the situation on the ground particularly of migrant and informal workers is becoming more vulnerable day by day. These workers were hardly able to recover from the hardships and loss of last year, again they are staring at the same crisis. Some of the migrant workers who returned to the cities realise that this time they might meet the same inhuman treatment. Many workers have already left and some are planning to go back to their villages.

Ramesh worked on a construction site in Nasik, Maharashtra. In 2020, when the lockdown was enforced, he paid touts and arranged for travel back to his village in Madhya Pradesh. Last year, his employer supported him with travel and food but this year, his employer has refused to offer any monitory help as the business has been down.

The fear of curfew and lockdown and the pull of harvest and marriage season are some other factors that are driving migration. Mainly the workers are returning from states like Maharashtra, Gujarat, Delhi, Punjab, Haryana, Kerala, Rajasthan and West Bengal. In some states like Uttar Pradesh and West Bengal, intra-district migration is also being reported.  Most of these workers were employed in construction, textile, diamond-cutting, iron and plastic factory, casual and daily wage labour, workers, shops and hotels and small-scale industry.

Wages were low, back in the village most of them did not get any employment and have taken loans. They had returned to cities with the hope of making enough money to send back to offset their loans. Sandhya and her husband Munna worked as casual labourers in Karnataka. Last year when they went back to their village in Rajasthan, they had to borrow Rs 20,000 to tide over the crisis. They came back to the city to earn so that they can pay back the moneylender. In Sandhya’s words, “There is hardly work now in the city, our rents are high we are barely making ends meet.”

This year it is different

In 2020, when the pandemic struck, the fear of the unknown had created a sense of panic and stigma of disease in people. This time the fear psychosis among migrant workers is comparatively less. They understand the disease and have seen many peers recovering from the infection. And as last year many of them braved the movement they are already planning the next course.

Monu, from Uttar Pradesh, lost his job in Delhi in the first lockdown. He then left the city via Yamuna Expressway on a bullock cart with no money in the pocket. Later in September 2020 when he returned, he has been saving for a re-run. He lives with four other migrant workers, who are observing the situation and planning to continue being in the city till work remains. However, if the lockdown is enforced, he has booked a cab driver from his village to take them home.

On the other hand, there are vulnerable workers like those in the burial ground, mortuary’s sanitation work, rag picking who are continuing to exert themselves without much safety gear and precautions. The wages are very low and work hours are gruelling and they have no social security or protection.

Jhili Behera, hails from Ganjam district of Odisha and used to work as a daily wage labourer in a private company at Surat, Gujarat. Due to the second wave of Covid-19, Jhili has come back to her village with her family in April.

According to her, if the situation is not normal in the near future, their family’s economic condition will be indescribable. She and her husband are desperately looking for livelihood opportunity.

The state transport facilities like bus and train continue to operate, however, states are increasingly introducing restrictions on state borders. Many states like Manipur, Himachal Pradesh and Uttarakhand have mandated negative RT-PCR report. Meanwhile, districts in states like Madhya Pradesh to Maharashtra have also introduced checking at bus stops. Most workers are being caught unawares when they are reaching these points. If an exodus of migrants happens and they are detained at borders then these points can become superclusters of infection.

States like Uttar Pradesh announced the formation of a Migrant Commission and have collected data around migrants but no worker facilitation set-up on borders has been reported. In Odisha, the front-line workers are playing an active role in counselling the workers to avoid Covid-19 and get the testing and treatment if they have been already infected.

Covid-care facilities and quarantine set-ups in most states were wound up. In most states, there are no special migration centres or facilitation/helpline desks to help the migrant labourers. There are no arrangements of food or health services for these workers in both source and destination states.

Only a few states like Rajasthan, in high-priority districts, have set up medical camps, in Madhya Pradesh, free Covid facilities are limited to government hospitals only, in West Bengal --- safe homes are providing referral health care services in some districts and in Odisha, the government is reactivating the Covid care centres.

The employers are not providing any kind of support to the labourers who are going back. Interestingly, some months back it is these employers who had arranged for AC buses and air tickets to bring back workers from villages to cities to resume operations. This time, however, they are not offering support nor there is there any government concession for travel or food subsidies.

Looking at the numbers surging and facilities crumbling, the government should step in and immediately issue advisories to the employers to facilitate the movement of those workers wanting to go back to villages.

The government should seek support from employers and from use stock at FCI to provide free ration kits to families of migrant workers --- both who want to travel and those who are out of work and continue to be in cities.

Free Health check-ups and RTPCR tests should be conducted for these workers at transit points. They should be given counselling and other health support facilities.

The states should initiate Covid-care centres with food and health care set-ups and ensure facilities for children, women, persons with disabilities and the elderly.

There is a need to expand social security programmes - Pradhan Mantri Gareeb Kalyan Ann Yojana and universalise the public distribution system and expand MGNREGA and come up with an urban employment guarantee programme for those workers who are in cities.

There is an urgent need to extend the PMGKAY scheme. The extra free food grains being provided under the PMGKAY are thus vital, considering people’s purchasing capacity remains low. There is a need to universalise PDS so that migrant workers and people from marginalised communities and urgently allow for portability of ration cards for migrant workers, but even in the absence of ration cards, subsidised food grains should be given a fair price shop to anyone who demands them.

Last year, the government supported the workers with cash support (Rs 2,000 to each migrant worker) there is a need to renew this effort again as workers have taken loans and have exhausted their wages in the travel and other expenses.

The government must urgently allocate fresh funds for MGNREGA. It should increase funding, double the days of guaranteed work from 100 to 200 days, ensure payment of unemployment allowance, and allow for the issuance of separate job cards for all adult members in a family. It should also diversify the kinds of work provided under the programme to strengthen critical infrastructure in health, education, and agriculture including markets, storage spaces, and warehouses. It is important that the workers who come back home and who are already unemployed in villages get work.

Meanwhile, the government should plan for - identification, tracking providing social security to migrant/informal worker’s families, protection at destination states, seasonal hostels, women’s access to safe and decent work – basically there is a need for a comprehensive plan for migrant and informal workers.

Civil Society and Good Samaritans Need to Join in

In 2020, there were several civil society groups and good Samaritans who had joined hands to provide travel and food relief to migrant workers. Looking at the situation on the ground, there is a need for proactive steps and measures to help support this second wave of distress migration. There is a need for quick assessment of needs both at source and destination states and organise state-level intra-agency coordination on relief and aid. Wherever possible, relief distribution should be coordinated with district authorities. Aid appeals should be made well in advance so that the pronouncement of relief materials doesn't take time.

Meanwhile, apart from facilitating worker facilitation and safe migration from project sites, care should be taken on tracking that no person particularly children fall prey to bondage or pushed into child marriage in the process.

At the same time, it is also important to link these workers with entitlements and provide information on health referrals, counselling and other aids. There are reports on civil society best practices adopted in some places last year --- models on livelihood re-generation such as that by women cooperative in Nalanda, Bihar which distributed seeds to women farmers --- can be replicated.

We all need to put together our energies and resources to tide through these difficult times and cross over together lifting the informal and migrant workers from this misery.