Constitutional expert and former secretary-general of Lok Sabha P D T Achary says that there is no provision in law or in the Constitution which allows the government to keep the farm laws in abeyance. 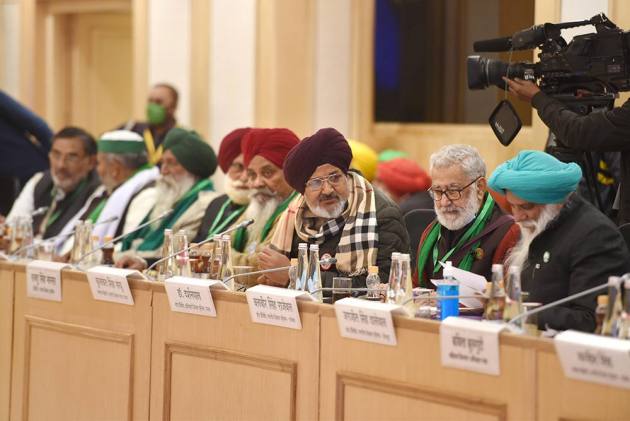 As the 11th round of talks between farmer unions and the government failed to reach any consensus on Friday, the latter’s proposal of suspension of new farm laws seems to have become a point of contention between both parties.

In an effort to break the impasse, the government had offered to suspend the three farm laws for 18 months and to form a joint committee for further deliberations. However, Constitutional expert and former secretary-general of Lok Sabha P D T Achary says that there is no provision in law or in the Constitution which allows the government to keep the farm laws in abeyance. Excerpts from the interview:

Q) On Friday, the government asked farmer unions to reconsider its proposal of suspending farm laws for18 months. Does the government have the power to put forth such a proposal?

I don’t know why the government made such a proposal. There is no provision in the law or in the Constitution which allows the government to keep a law on hold. Now that the laws have been notified and the rules are framed, the government does not have the power. Supreme Court alone has the power to stay the operation of the law.

Q) The farm laws were notified in the official gazette in September after the President signed it. Are you saying that the government has no other option other than repealing the laws?

In the case of farm laws, the legislative process is over. Now the government only has to implement it. They cannot keep the implementation in abeyance.

Q) Can the laws be kept on hold by another notification?

Q) The Supreme Court has stayed the laws last week and also constituted a committee.

The Supreme Court has powers under the Constitution to decide the vires (the constitutional validity of any law passed by the parliament). Using that power, the SC stayed the implementation of the bills. They have stayed the operation till the committee submits the operations.

Q) What is the process involved if the government wants to repeal the law?

Q) Can the government repeal the laws by bringing in an ordinance?

A view is that an ordinance is usually brought by the government to meet the urgent requirement for a law when the Parliament is not meeting immediately.

Here, repeal of the law is not an urgent thing as compared to the requirement of a law to deal with a particular situation that emerged immediately. There is a qualitative difference between these two situations. Therefore, another view is that repeal cannot be done through an ordinance. However, the Supreme Court has not given any definite view on this.

Q) There is an argument that if the government repeals the law, it will set a bad precedence. Your comments.

Why should it be bad precedence? The Parliament has the power to enact a law and to repeal it. Parliament represents the will of the people. If people wish to repeal the law, then the Parliament can do so.

There are many issues on which petitions have been filed. But the Supreme Court hasn’t had any hearing on those aspects. I don’t want to comment on that.

The Supreme Court has the power to examine executive actions. It also has the power to review the legislation passed by the Parliament, when there is a challenge to the constitutionality of the law.

Q) Many states argue that agriculture is a State subject.

Q) The Centre used Entry 33 of List III to pass the farm bills. Many argue that this entry talks about ‘Trade and commerce” and it doesn’t include “markets”. What is your view on this?

The government has brought the Bills under item 33 of the Concurrent List, which deals with industrial trade, commerce, and food grains. “Markets” is mentioned as a State subject in entry 28 of List II. Agriculture, market, and land are state subjects. Parliament cannot make a law on these subjects. That’s why there’s no Parliament law on agriculture.

The SC has to decide on the Entry 28 issue and Entry 33. But, they haven’t examined the issue so far. Before that, it stayed the law and appointed a committee to resolve the issue. The Supreme Court usually stays the operation of a Bill after preliminary hearings.