Home  »  Website  »  National  »  On Election Result Day, SP-BSP-RLD Will Have No Choice But Align With Congress: Salman Khurshid

On Election Result Day, SP-BSP-RLD Will Have No Choice But Align With Congress: Salman Khurshid

Salman Khurshid, who is the Congress’ candidate from Farrukhabad, of which Kaimganj assembly segment is a part, is locked in a triangular contest with BJP’s sitting MP Mukesh Rajput and BSP's Manoj Agarwal. 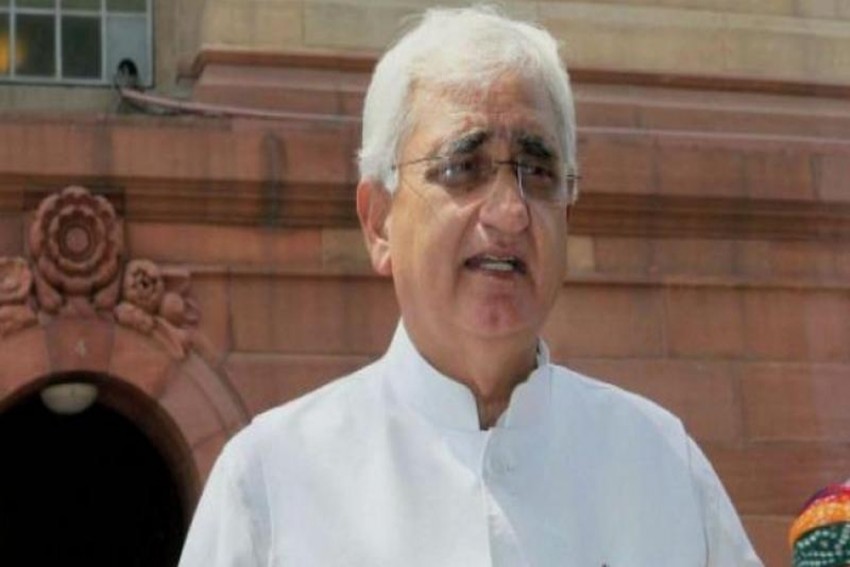 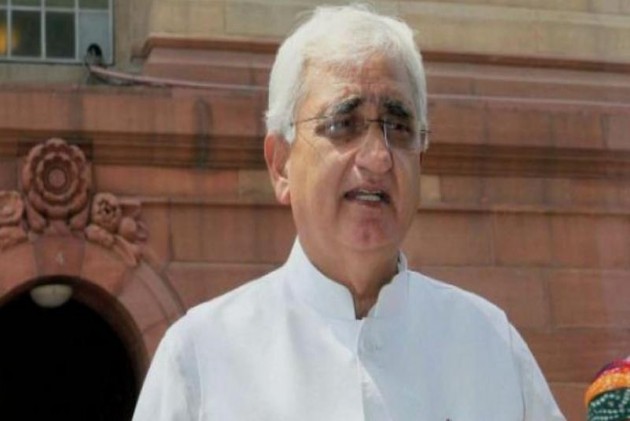 Senior Congress leader Salman Khurshid while emphasising the inevitability of a post-poll alliance between the Congress and the SP-BSP-RLD combine, says the Uttar Pradesh 'gathbandhan' will have no choice but to forge a tie-up with his party after the election results.

Khurshid, who has been the chief of Congress' UP unit twice in the past, said the party is "well placed" in the state as people are getting disenchanted with the alternatives, both regional as well as national.

The Congress was very keen to take on the BJP together with the ‘gathbandhan’ parties, he said.

Had that happened, the BJP’s “miserable performance” would have been a “foregone conclusion”, Khurshid told PTI in an interview at his residence in Kaimganj.

“But even if they (the BJP) increase their numbers because of the fact that our vote is divided, I think people will vote very sensibly and the people will vote with a clear calculation of what they need to do to get rid of the BJP,” he said.

Khurshid, who is the Congress’ candidate from Farrukhabad, of which Kaimganj assembly segment is a part, is locked in a triangular contest with BJP’s sitting MP Mukesh Rajput and BSP's Manoj Agarwal.

“We are quite certain they will be party to the alliance. I think that is what their intention is. But, obviously a little bit short-sighted in terms of the overall objectives that we are trying to achieve,” he added.

On whether both the Congress and the UP ‘gathbandhan’ could play a key role in forming the government at the Centre together, he said it is the “inevitable conclusion” if the SP-BSP-RLD combine is consistent with what it says to the people.

The UP ‘gathbandhan’ parties have said they want to remove the BJP and for that it is not rocket science they have to be with the Congress, the 66-year-old leader said.

“If they don't want to talk about it today, it is understandable as they are fighting an election, but I think come the 23rd of May, there is no other choice for them and for anyone else, but to say that we'll all have to be together,” Khurshid said.

His remarks come days after AICC general secretary in-charge Uttar Pradesh West Jyotiraditya Scindia said the option to be a part of the SP-BSP-RLD alliance is open for the Congress after the Lok Sabha polls.

Reacting to Scindia's remarks, sources in the Samajwadi Party and the Bahujan Samaj Party had said the alliance will take a call on taking the Congress along based on the post-poll scenario.

Khurshid hailed Congress’ young leadership of Priyanka Gandhi Vadra and Scindia, saying the party is looking forward to an “effective period” ahead.

“People are getting disenchanted with the alternatives, both regional as well as nationwide, and therefore the Congress is well placed,” he said.

The former External Affairs minister also hit out at the BJP for repeatedly raising Pakistan in its poll campaign, saying it has brought the debate on foreign policy down to ridiculous levels.

“Now a huge number of sensible people, including those who have served in the armed forces, are beginning to come out openly against this extremely short-sighted and the very perverse manner in which foreign policy, defence strategy, and the armed forces... are being reduced to the level of street bickering just in order to seek political advantage," he said.

Khurshid alleged that in terms of foreign policy there have been staggering failures on the part of the Modi government.

The Lok Sabha polls are being conducted in seven phases between April 11 and May 19. The election results will be declared on May 23.
PTI

I Will Be Happy To Contest From Varanasi If Asked By Rahul: Priyanka Gandhi