While the PMK got seven Lok Sabha seats, the BJP was allotted five. Vijayakanth’s DMDK is expected to join the front soon. The AIADMK will contest 21 Lok Sabha seats. 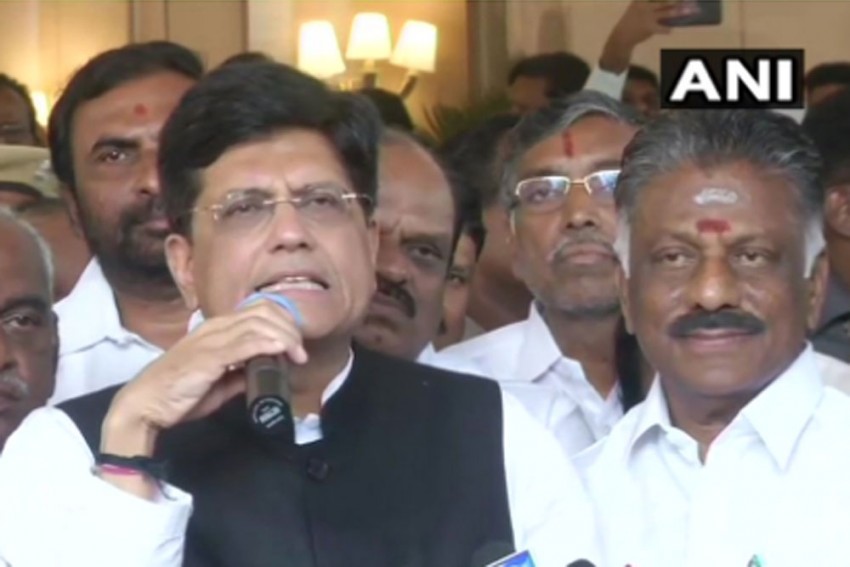 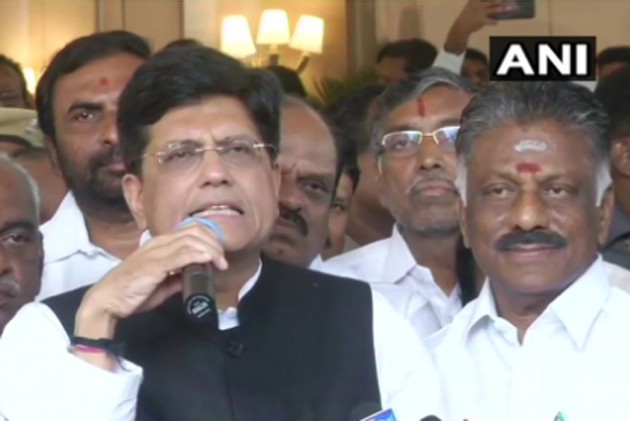 Tuesday was the auspicious day of Maasi Maham (from mid-February to mid-March) and also the birthday of former chief minister J. Jayalalithaa as per the Tamil calendar. So the AIADMK chose this day to quickly ram home seat sharing with the PMK and BJP.

While the PMK got seven Lok Sabha seats, the BJP was allotted five. Vijayakanth’s DMDK is expected to join the front soon. The AIADMK will contest 21 Lok Sabha seats.

In the absence of Jayalalithaa’s decisive leadership, when she used to finalise the seat sharing after talks at her Poes Garden residence, the alliance talks were held at a neutral venue - a five-star hotel near the residence of Chief Minister K. Palaniswami.

The PMK team arrived in the morning and after an hour of talks left happy, having bagged six Lok Sabha seats and one Rajya Sabha seat.

PMK founder, Dr. S. Ramadoss, who had been a fierce critic of the EPS government and had even published a booklet of charges against it, had to perform a delicate balancing act between his ideological toughness of the recent past and the demands of electoral politics. So he presented a 10-point charter to the AIADMK team on issues that need to be addressed after the Lok Sabha elections. If that charter lets the PMK keep its honour intact, so be it.

The afternoon session saw Union Railway Minister Piyush Goyal arrive along with state BJP leaders to be closeted with the AIADMK team for more than three hours. Once the Rahu Kaalam (considered an inauspicious time) got over at 4.30 p.m. the agreement was signed and a beaming Piyush Goyal declared in Tamil “Naarpadhum Namadhey” (All 40 is ours) referring to the 39 seats in TN and one in Puducherry.

I am extremely delighted that today AIADMK and BJP have concluded very fruitful discussions and we have agreed to jointly contest the parliamentary elections in Tamil Nadu & Puducherry as well as by-elections to 21 assembly seats. pic.twitter.com/oDs7x5AmEf

More importantly, the AIADMK got the backing of the two parties to support its candidates for the 21 Assembly seats, for which by-elections would be held along with the Lok Sabha elections. Except the Thiruvarur seat held by late DMK leader M. Karunanidhi, other seats were won by the AIADMK in 2016 before the split in the party led to the disqualification of MLAs and the seats falling vacant.

Piyush Goyal, BJP: We will support AIADMK in the by-elections on 21 assembly seats in Tamil Nadu. We have agreed to contest elections in the leadership of OPS & EPS in state & in leadership of Modi Ji in center pic.twitter.com/2nUZAPHiaM

“The AIADMK saw the importance of consolidating its position in the Assembly and holding to power in the state till 2021. Hence it was prepared to give the PMK more seats in return for support in the Assembly elections so it can win most of the 21 Assembly seats which will be targeted by the DMK and also TTV. Dhinakaran,” political commentator Ravindran Duraiswamy told Outlook.

Many AIADMK leaders were unhappy that the PMK had been given more than it had bargained for, especially when the party had been promised a Rajya Sabha seat in the future. But the AIADMK could not brush aside the PMK’s strong presence in the northern districts and its capability of transferring its votes in the past elections. More importantly, keeping the PMK on its side would give the AIADMK more heft and the look of leading a strong alliance.

While the DMK has been parading its long list of prospective allies, including the Congress, the Left and the VCK, the AIADMK would now have an equally long line of allies -- increasing the chances of the NDA to mop up at least a dozen seats in Tamil Nadu.

“The AIADMK has smartly scored a psychological advantage by being the first off the alliance block, even as the DMK is still trying to figure out who its partners are,” said state BJP leader K. T. Raghavan.

Since the AIADMK had won 37 out of the 39 seats in 2014, many of its sitting Lok Sabha members would have to sacrifice their seats to accommodate the new partners. The next big hurdle would be in identifying the seats as each party would be targeting the winnable ones.

For now, the AIADMK appears to have stolen a march over both the DMK and TTV. Dhinakaran, who has been left without any strong electoral partner.