Offered To Resign As MP After PM Modi Won In 2014: Deve Gowda

The JD(S) leader also referred to the Congress' return to power in 2004 and said its then president Sonia Gandhi was unable to become the prime minister. 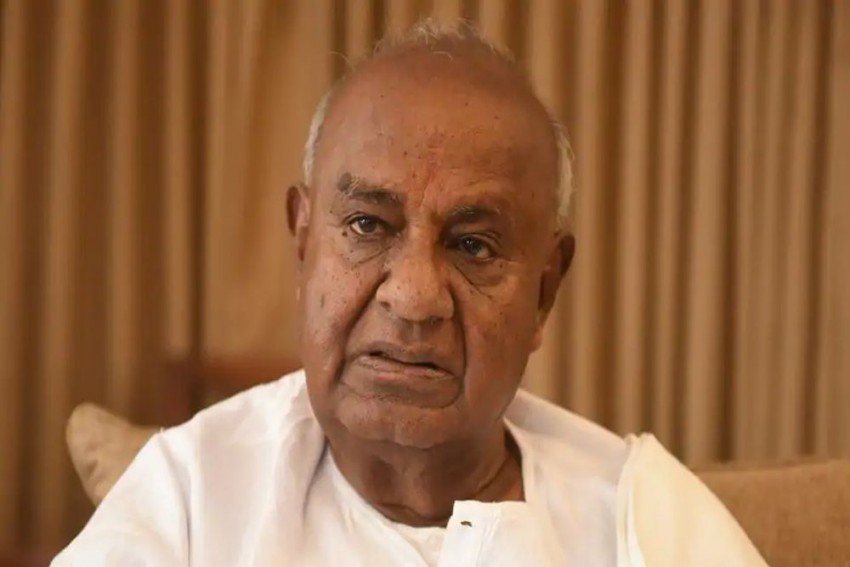 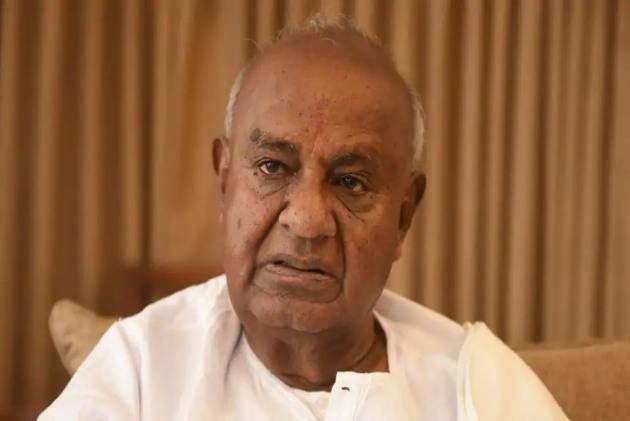 Former prime minister and Janata Dal (Secular) H D Deve Gowda, while addressing the Lok Sabha  on Wednesday said that he had offered his resignation as a member of Parliament to Prime Minister Narendra Modi after the BJP's win in 2014 as he had said that he would quit if Modi gets more than 276 seats in the elections.

He, however, changed his decision after PM Modi asked him to continue as he was one of the more senior members of the House.

The JD(S) leader also referred to the Congress' return to power in 2004 and said its then president Sonia Gandhi was unable to become the prime minister, to which Gandhi, who sat near him, quickly replied that "I didn't want to".

Deve Gowda then corrected himself, saying this was not her desire.

Referring to the 2014 polls, he said, "In the elections there is some exchange of words. If you (Modi) get more than 276 seats, I am going to resign. This is what I said."

When the BJP ended up winning 282 seats, he went to see Modi to offer his resignation, Deve Gowda said.

"He (Modi) told me that don't take it seriously. You are one of the experienced politicians, you must not resign. I met him three-four times. I have no grouse against anybody," he said while Modi was sitting in the House.

The 16th Lok Sabha saw leaders of different parties including the Prime Minister sharing their experiences and views.