Rajeev Gowda, the convenor of Congress party' manifesto panel for Lok Sabha elections speaks to Outlook on the promises in party manifesto--NYAY, Sedition law, education, economy and a lot more. 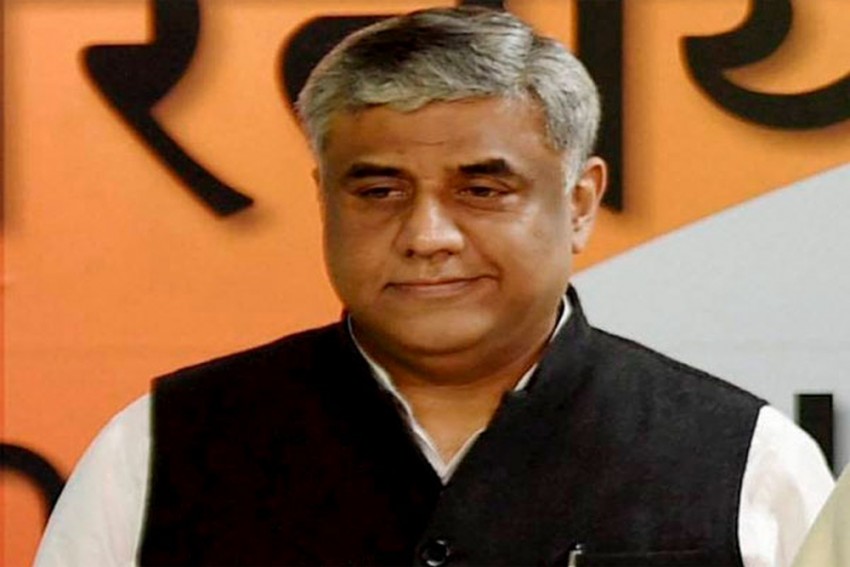 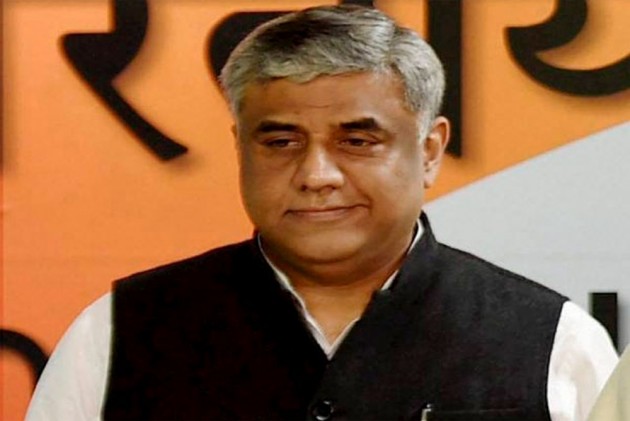 The Congress party’s manifesto for the Lok Sabha elections, released last week, seems like a roadmap for addressing many of India’s socio-economic woes. But, is it feasible or will it be yet another set of electoral assurances that are quickly forgotten once the votes have been won? Prof Rajeev Gowda, the convener of the Congress party’s manifesto committee, spoke to Outlook’s Puneet Nicholas Yadav on the questions that arise out of the party’s poll promises. Excerpts:

We had expected some clarity on the proposed Nyuntam Aay Yojana (NYAY) from the manifesto. Can you set the record straight on what NYAY really proposes?

It’s good that you are asking us questions about NYAY but has anyone asked Prime Minister Narendra Modi on how he plans to implement his promise on doubling the income of farmers? As far as NYAY is concerned, the math has been worked out – Rs 6000 guaranteed monthly income which comes to an annual income support of Rs 72000 for the bottom 20 per cent of India’s poorest families. So, 5 crore families and an outlay of Rs 3.60 lakh crore. Now, there are certain other initiatives like MNREGA and other subsidies which we are not going to touch but there may be some subsidies which are ripe for rationalisation, but certainly not elimination. These will be examined in greater detail by the panel of experts that the manifesto has spoken about. We are confident of finding a way and as we have said, we have proposed that NYAY will be rolled out in phases. As we have said, the GDP grows year on year so as we move from one phase of implementation to the other, the outlay towards NYAY will naturally take a smaller portion of nominal GDP with every passing year. NYAY, as we foresee, will also have a multiplier impact on the economy because it will re-monetise and give crucial consuming power in the hands of the people and in turn also generate more revenue.

Your party has repeatedly said that several top economists were consulted on NYAY and all of them endorsed it. Did they endorse the promised sum of Rs 72000 per annum?

The initial discussions focused around a universal basic income. Then we looked at how many people can be realistically covered, how much money can the government actually spare for the scheme and other nuances. After several discussions, we all agreed that the proposed amount of Rs 72000 for 5 crore families is economically feasible and morally imperative. As far as identification of the beneficiaries is concerned, the current government says it has rolled out targeted schemes like Kisan Samman, Ujjwala, Ayushman Bharat and then there is also a socio-economic survey – so there is enough data already on record to go through and decide who all NYAY should be targeted at. If the BJP is willing to say that their claims of targeted schemes and beneficiaries are bogus, we’ll accept it and find another way.

You have talked about increasing MNREGA man-days to 150 but there is silence on increasing the wages.

At present, you have 100 man days guaranteed under MNREGA. Under the current government, even these are not assured. In some states, they are 100 while in others they are far less. We want to assuredly extend the guarantee to 150 man-days. At the same time, what must be borne in mind is when do people go for MNREGA? When the economy slows down or when they have no other employment alternative. What we plan to do is to provide more avenues of employment and once that happens, you will see that the dependence on MNREGA employment will automatically start coming down. The current government has neither encouraged MNREGA nor provided alternative avenues. On increasing MNREGA wages, we will be looking at those details along with the need for reviewing minimum wages.

The manifesto promises a three-year holiday for entrepreneurs who are starting new businesses. How do you monitor whether a start-up is bona fide or just a three-year scheme to dupe people and investors?

When we say no permissions are needed for three years we certainly don’t mean or anticipate an absence of checks and balances. It is certainly not a license to damage the environment or engage in something that isn’t above board. You will need to go and register the business, pay the laid down minimum wages to your staff and ensure that no environmental damage is caused by your business. These are the only requirements that will need to be fulfilled. Presently there are 20-30 permissions people need to take aside from paying certain taxes and levies… these we will ease.

Another crucial manifesto promise is free education for students from class 1 to 12 in all public schools. The Right to Education Act that UPA passed is now witnessing major problems. There have been frequent media reports on how parents of children who got admissions under RTE are being asked to pay up the full fee. Are you not creating a new problem instead of addressing an existing one?

If schools are forcing parents to pay up it is blatantly illegal and we will not allow it under any circumstances. What we are proposing is a universal guarantee for free education in public schools irrespective of whether the child comes from a BPL family or not. We will need to work with state governments on this as the onus of ensuring implementation will be on the states. We have also promised a 6 per cent allocation of the GDP towards education so I don’t think funding will be a problem.

By promising to scrap the sedition law, have you not played into the hands of the BJP because PM Narendra Modi’s charge against the Congress has been that the party supports anti-national activities.

I think people realise that the sedition law has been misused and abused a lot. It has no place in today’s world. People are seeing how someone gets lynched in a family and then a sedition charge is filed against the victim or slapped against journalists and activists. This isn’t the kind of democracy one wants to live in. If you look at the definition of sedition, it means waging war against the state. To deal with such a crime there is already the Defence of India Act and the Unlawful Activities Prevention Act. These laws have safeguards against misuse; sedition under IPC has none… so why do you want it?

The manifesto revives the promise of a National Judicial Commission which the Supreme Court has already rejected. In addition, you have also proposed setting up an Appeals Court and a commission that will investigate complaints against judges. Are you not creating the ground for another flashpoint with the judiciary?

Not at all. We are sure that we will be able to work with the judiciary on these promises and we will be able to find a solution that will help introduce more transparency in judicial appointments. We are also going to invest heavily in infrastructure capabilities for the judiciary. With regard to the Courts of Appeal, I don’t think that the judges of the Supreme Court particularly enjoy not being able to do their job to their optimum because of a bulk of pending cases. The concept of Appeal Courts has worked and delivered wonderfully in countries like the US, why can’t we do so too? We need to make the system work faster and at the same time ensure access to justice for all. Why should everyone who goes in appeal have to come to Delhi when they can go to regional appeals courts?

There is a huge focus on consulting experts for every manifesto promise in every sector? Are we seeing a comeback of the National Advisory Council?

The NAC was an expert advisory body to the government. We are talking about open consultations on every Bill that goes to Parliament. The current system of inviting public and expert suggestions is more preach than practised (sic). And why should there be a problem in consulting people with significant expertise in dealing with social rights? I think it’s far better than asking a shadowy, shady RSS.

The party has once again promised a 33 per cent reservation for women. Don’t you think your commitment would have been more believable if, like Mamata Banerjee or Naveen Patnaik, the Congress had fielded 33 per cent women candidates in the upcoming Lok Sabha polls?

We repeatedly offered our support to the BJP to have the Bill passed in Parliament during the past five years but they just didn’t respond. If we realistically have to implement this promise for legislatures and parliament polls in a very competitive fight for tickets among a wide array of candidates, it is imperative to have a law.

Your manifesto is silent on whether the Congress, if it comes to power, will continue with the implementation of the BJP’s assurance of giving 10 per cent reservation for Economically Weaker Sections in jobs and educational institutions. Would you reverse the decision?

The EWS quota that the BJP has laid out is a sham and needs a re-think. We are talking about giving poorest sections of the society an assured income support of Rs 72000 per annum and the BJP wants EWS capped at some Rs 6 or 8 lakh annually. They clearly want to benefit the well-off from the upper castes. We supported the constitution amendment that enabled the quota, when we are in government we will tighten up the criteria. There is no question of doing away with it but yes, we will have a re-look at its implementation.

Realistically speaking, how many of your promises will you be able to actually fulfil if your alliance partners are not on board. Have you discussed the manifesto or a common minimum program with your existing allies?

This is our party’s manifesto and reflects our commitment. Our allies will have their own manifesto but we have had consultations and are confident that progressive parties will support us. There is an organization called Samriddh Bharat that brought representatives of multiple parties together for manifesto consultations. There is another outfit of activists who came out with a report on Reclaiming the Republic. There are some commonalities in the reports of these organizations too and we expect to find a common ground with our allies.