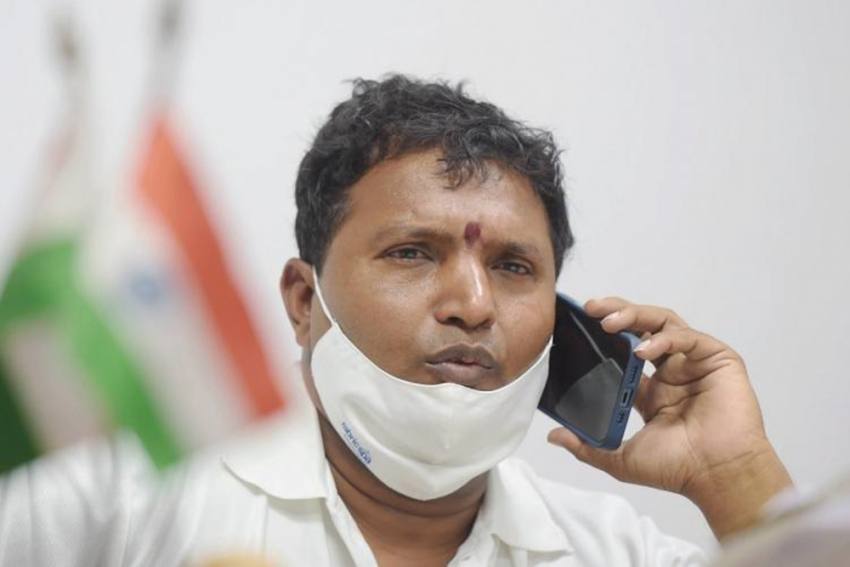 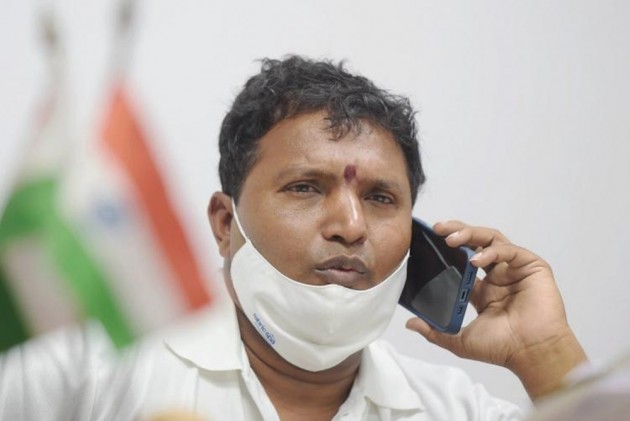 Lakhs of Covid-afflicted patients and their kin may see a Good Samaritan in people who are volunteering to help them with arranging hospital beds, oxygen cylinders and other life-saving drugs but not Delhi’s ‘Dil Ki Police’. On Friday, the Delhi Police’s crime branch came knocking at the headquarters of the Congress party’s youth wing – the Indian Youth Congress (IYC) – to seek details from its president, Srinivas B.V, on where he and his team were arranging oxygen cylinders and Covid medicines for disseminating among the needy.

The Delhi police’s probe flows from a public interest litigation filed in the Delhi High Court by a private individual who has sought the court’s directions for an inquiry and necessary action against politicians of different parties involved in “illegal hoarding and distribution” of oxygen cylinders and Covid medicines. The petition doesn’t specifically name Srinivas or anyone from the IYC. However, the Delhi Police has said that the Crime Branch’s questioning of Srinivas is in compliance of the Delhi High Court’s order for an inquiry and that similar action is being taken by other politicians including former Congress MLA Mukesh Sharma and former MLA and Delhi Congress chief Anil Kumar Chaudhary.

Over the past few weeks, Srinivas, IYC volunteers and Sharma have all been hailed for helping countless Covid patients receive oxygen cylinders, plasma and Covid medicines such as Remdesivir and Tocilizumab – all of which are in acute shortage. Srinivas is also operating a Covid war room from the IYC headquarters where volunteers keep track of SOS messages on various social media platforms from Covid patients and their kin for various requirements. The IYC volunteers then reach out to those in need of help and offer the required aid – searching for availability of beds in Covid hospitals, hospital admissions, oxygen cylinders, medication, etc. The efforts have been widely recognised by common people on platforms like Twitter and in the media, with many drawing parallels between Srinivas’s relief efforts and those by actor Sonu Sood during the first Covid wave. Delhi-based embassies and high commissions of countries like New Zealand and the Philippines and even some lawmakers from the BJP have, in the recent past, reached out to Srinivas with appeals for help.

“The Delhi police called me this morning and told me to reach the IYC headquarters because they wanted to question me about something. I did as I was asked because I have nothing to hide. I spoke to the crime branch people and they told me that I have to give them a written statement on where we are arranging oxygen cylinders and Covid medicines from. I will do that,” Srinivas told Outlook. The police team, Srinivas said, “had not formally issued me any notice for questioning nor did it have any warrant to enter the IYC premises”. The IYC chief added, “I plan to cooperate with the police inquiry though I know this is selective targeting that is politically-motivated” and that it “saddens me deeply to see the police wasting so much time on investigating those who are genuinely working for the needy during this tragedy while those actually indulging in black-marketing and hoarding are going scot-free.”

The police’s action against Srinivas has, predictably, left the Congress party incensed. Former Congress president Rahul Gandhi put out a tweet saying, “Bachane wala hamesha maarne wale se bada hota hai… #IStandWithIYC.” The party’s media cell chief Randeep Singh Surjewala also addressed the media and claimed that the “raid against Srinivas and the IYC by the Delhi police that is controlled by the Narendra Modi government and Union home minister Amit Shah was another example of the BJP’s politics of intimidation.”

Surjewala said that Modi and Shah had “forgotten all about raj dharma and have enforced raid raj”. The Congress media chief said that the argument that the police action was the result of directions from the Delhi High Court was “laughable”. “Had the Delhi Court asked the Delhi police to investigate Srinivas and the IYC, did it tell the Delhi police to call Srinivas in for questioning and to humiliate and embarrass him… there is a process of law that has to be followed in such cases; the police should have issued a formal notice to Srinivas under the Code of Criminal Procedure (CrPC) if it wanted to question him or search the IYC office but they did not follow the procedure,” Surjewala claimed.

Meanwhile, Delhi BJP leader Harish Khurana, who has also been involved with Covid-relief efforts, has claimed that the Congress is unnecessarily politicizing the whole episode and that the Delhi police was acting on the orders of the Delhi High Court. Khurana claimed that the Delhi Police has also asked him to share details of how he was sourcing relief material and that “it is wrong of the Congress to claim that Narendra Modi and Amit Shah are getting all this done.”

Surjewala has hit back saying “videos of questioning of Srinivas and the police presence at IYC office are in public domain… if the BJP is claiming that its leaders have also been questioned, then where is the proof… has anyone seen a Delhi police team interrogating anyone at the BJP headquarters, the Delhi BJP office, office of the Bharatiya Janata Yuva Morcha or its president Tejaswi Surya?”

A Pin-Prick Of Hope: 40 Transgenders Given Covid-19 Jab In Guwahati