Ram Kumar Gautam said Dushyant Chautala should not forget that he became Deputy CM with the support of his party legislators. 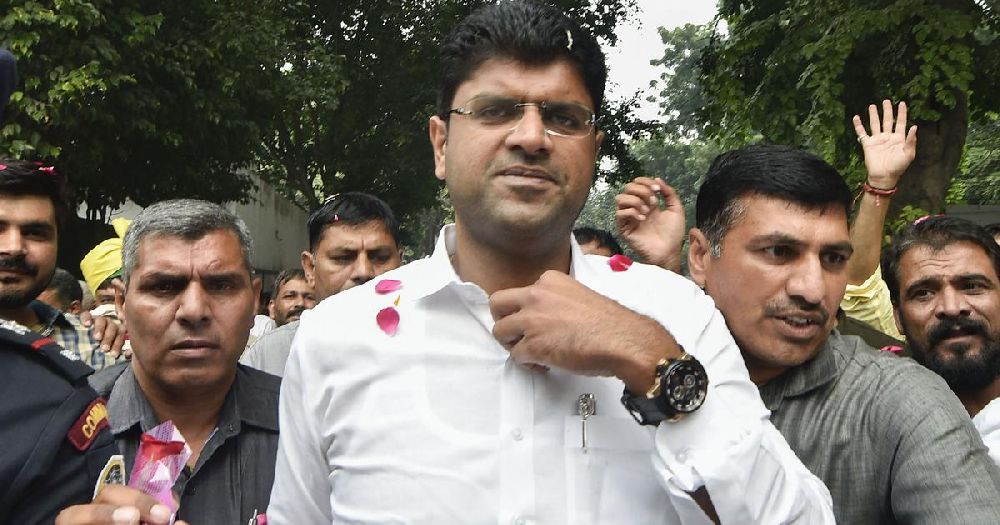 The BJP ally in Haryana, Jannayak Janta Party, has faced a rebellion from one of its key members who resigned from his post following his discontentment with the functioning of the party.

Jannayak Janta Party (JJP) MLA and senior leader Ram Kumar Gautam on Wednesday resigned as party's vice president, saying he was "upset with the functioning of the party".

Gautam, 73, said JJP leader Dushyant Chautala should not forget that he became Deputy Chief Minister with the support of his party legislators.

"Nothing is going right in the party. I am upset with the way it is functioning and I have resigned as party's vice president. Moreover, I was made all India vice president in the party even though the party has influence in a limited pocket in Haryana," Gautam said over phone from Narnaund.

Earlier while addressing media persons in his constituency Narnaund in Hisar district, he talked about his resignation from the party post.

When asked to comment on Gautam resigning as party vice president, Dushyant told the media in Faridabad, "I have just learnt about the matter through the media. We will find out the specific reason why he has resigned.”

Without naming anyone, Gautam alleged that those who are running the party's affairs had recently shaken hands with a prominent leader against whom the JJP had fought the polls.

The JJP had fielded Gautam in the October's assembly polls against BJP rival Captain Abhimanyu.

He, however, clarified that he was not against the JJP entering into a tie-up and forming a coalition government with the Bharatiya Janata Party by extending support to the saffron party when it fell short of a simple majority.

When asked that he had recently mentioned that it was because of Dushyant that he became an MLA, he said, "Yes, that is right. But he should also realise that he became Deputy CM because of his MLAs. We worked hard for this and the success of other party candidates."

Gautam, who was in the race for becoming a minister after the JJP formed an alliance with the BJP, said he has no grudge of not being made a minister in cabinet led by Chief Minister M L Khattar.

"I was not even an aspirant for JJP ticket. But Dushyant and his father Ajay Chautala were keen that I should join them. They knew I was the only one who can defeat sitting BJP MLA Capt Abhimanyu," Gautam said.

However, in a veiled attack at Dushyant, he said the deputy chief minister had kept 11 departments with him while only one party MLA had been made a junior minister with "insignificant" portfolios.

Gautam has also remained a former MLA of the Bharatiya Janata Party.

When asked if he was contemplating resigning from his party, Gautam replied, "People have elected me, I have a responsibility towards them. If I resign from my party, I will lose the seat as well and I cannot leave my constituents in the lurch. Moreover, I nurtured the party with my sweat and blood."

The BJP had won 40 seats in the 90-member Assembly and the JJP led by Dushyant had won 10 seats.