Singh said that his son was fed up with the traffic snarls due to Shaheen Bagh protests and out of frustration, 'he might have taken this step. 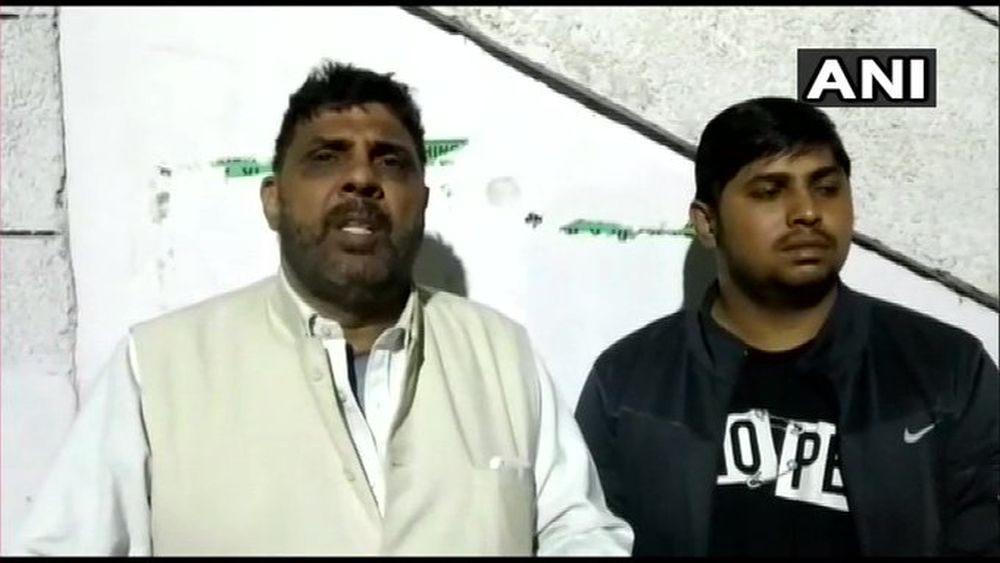 The case of Shaheen Bagh shooting has taken a fresh twist after the father of the attacker said that his son has nothing to do with Aam Aadmi Party, but claimed he is a 'sewak' of PM Modi and Amit Shah.

But father of Gujjar, Gaje Singh, told ANI news agency on Wednesday that their family had no links with the AAP.

"We have nothing to do with AAP. We have no links with politics," Singh said. However, he said that his son is a "sewak of PM Modi and Amit Shah".

Singh said that his son was fed up with the traffic snarls due to Shaheen Bagh protests and out of frustration, "he might have taken this step" -- referring to the shooting incident at the protest site.

He said that Gujjar is a staunch believer of Hindutva and is a patriot.

When Gujjar was nabbed after he opened fire, he was heard saying to media persons that "only the will of Hindus" is acceptable in the country. He was also heard saying, "This is a Hindu Rashtra."

Singh, a resident of Dallupura village, said he was a member of the Bahujan Samaj Party (BSP) but left politics after losing the 2012 municipal polls here.

Singh had earlier denied any association with any of the political parties.

Meanwhile, taking a strong view of Delhi Police DCP Rajesh Deo sharing with the media investigation details that linked Baisala to AAP, the Election Commission on Wednesday said his statement was "totally uncalled for" and barred him from election duty.

The EC said Deo's conduct has "consequences" on holding "free and fair elections".

Deo on Tuesday had said that Baisala and his father had joined AAP in early 2019.

Kapil Baisala's uncle Fatesh Singh told PTI on Tuesday, "I have no idea where these photographs are circulating from. My nephew Kapil had no association with any political party nor does any other member from the family. My brother, Gaje Singh, (Baisala's father) fought assembly elections in 2008 on a Bahujan Samaj Party ticket and lost. After that no one from our family had any links with any political party."