The residents who were caught in the fire are admitted to a nearby hospital. 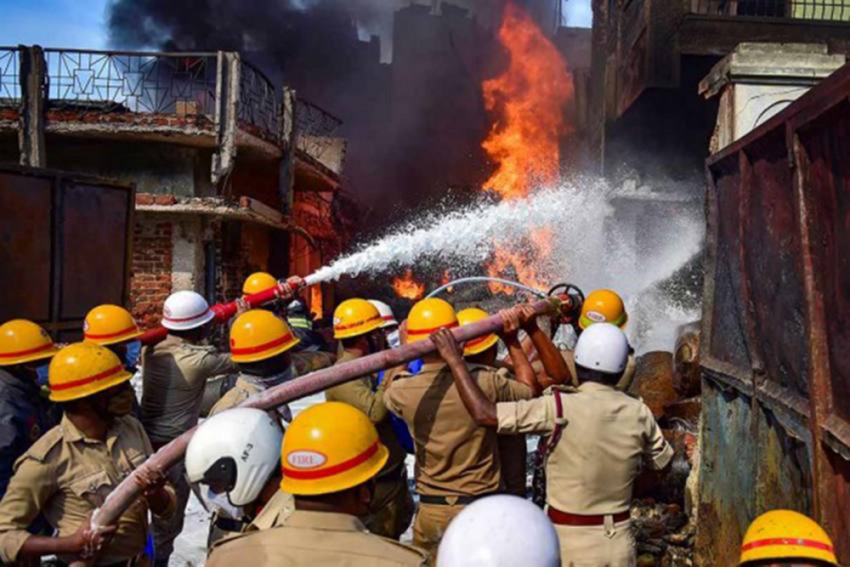 Two minor sisters died in a fire that broke out on Monday in a five-storey building in Noida.

The sisters were aged 9 and 12 respectively. Police officials said the fire apparently broke out due to a short circuit.

The blaze broke out around 5.30 am and was soon controlled by fire department officials who had rushed to the site under Phase 3 police station limits, Additional Deputy Commissioner of Police (Central Noida) Ankur Aggarwal said.

The fire broke out in the ground floor of the building in Garhi Chaukhandi village, forcing evacuation of all residents, he said.

Some of the residents who were caught in the fire were admitted to a nearby hospital, he added.

"Prima facie, the fire was triggered due to a short circuit in the main electricity board of the building located on its ground floor," Aggarwal said.

"The family of Dinesh Solanki lived on the ground floor of the building. Unfortunately, his two daughters died in the incident," the officer said.

Others living on the upper floors of the building were evacuated with the help of the fire brigade and neighbours, he said, adding that residents faced difficulty in evacuation due to the presence of only one entry/exit in the five-storey building.

"The electricity board, which caught fire, was on the ground floor. This created an obstruction on the only entry/exit of the building because of which the building residents faced difficulty in evacuation," Aggarwal said.

It was because of the help from neighbours and the police that the residents could be evacuated safely, he added.