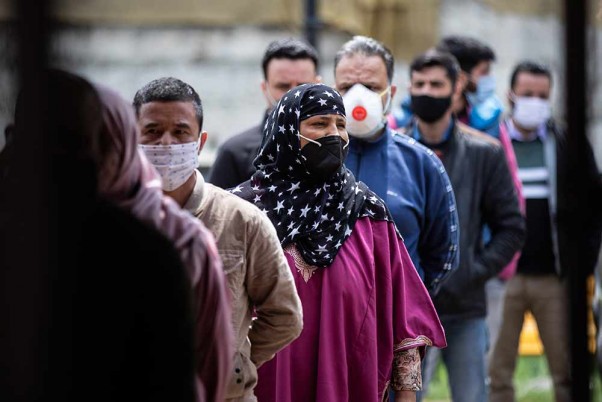 The Jammu and Kashmir government is grappling with a problem with travellers to the state testing positive in large numbers with no quarantine facility.

They are checking into their respective hotels and only being monitored over phone by health workers,” said an official pleading anonymity. He said the government is evolving a mechanism to deal with the issue.

Health department spokesperson Dr Talat Ghani said the RT-PCR test is being conducted on all travellers once they reach Srinagar Airport and once any of them turns positive, they are informed about it. She said the hotels where Covid-positive travellers are putting up are also being informed and asked to isolate them. She said the government had a meeting with hoteliers and asked them to devote three to four rooms to patients who test positive. She said the mechanism would be strictly followed as at present there are no quarantine centres in Kashmir. The director of tourism did not pick up the phone.

Jammu and Kashmir reported 812 fresh Covid-19 cases and six deaths in the past 24 hours, the highest number of infections and deaths reported in a single day this year. Of 812 cases, 257 are visitors. Already two tourists have died of Covid-19 in the Chest Disease Hospital in Srinagar. The doctors said there has been a steep rise in the Covid-19 cases and added that patients are reporting more severe complications than last year. In Srinagar, 239 cases have been reported and 57 among them have been travellers.

Meanwhile, owing to a surge in Covid-19 cases, the Sheri Kashmir Institute of Medical Sciences Srinagar on Wednesday issued an order stopping routine admission in the institute. The order says all routine surgeries and procedures are stopped forthwith.