With the upcoming Bihar elections, it is becoming apparent that Bihar Chief Minister Nitish Kumar is relying on his winning mantra of 'good governance' yet again 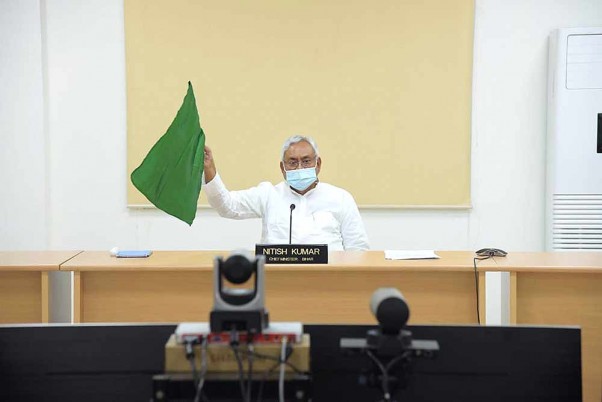 Bihar Chief Minister Nitish Kumar appears to be relying on his winning mantra of "good governance" yet again, as he outlined the second phase of 'Saat Nischay' (seven resolves), which he plans to implement if voted to power in the assembly polls.

Elections will be held in three phases in Bihar on October 28, November 3, and November 7. The results will be announced on November 10.

Kumar, who had emerged victorious in 2015 polls, had announced the Rs 2.7-lakh-crore 'Saat Nischay' scheme just days ahead of the elections. Electricity, sewage connection, toilets, piped drinking water, and metallic roads were some of the components of the scheme.

Back then, his party JD(U) and the BJP were rivals, and the announcement was made to counter Prime Minister Narendra Modi's Rs 1.25 lakh crore special package for Bihar.

The Grand Alliance, which then comprised the JD(U), the RJD, and the Congress, registered a landslide victory, proving that the "Sushasan" (good governance) plank worked well for Kumar.

Buoyed by its success, Kumar, who had earned the moniker of 'Sushasan babu' subsequent to the 2015 elections, on Friday unveiled phase-II of 'Saat Nischay', and urged people to vote him back to power.

The JD(U) chief, addressing a press meet, said that the new seven-point plan would include programs to enhance the skill of youths, promote entrepreneurship among women, provide irrigation facilities to every farmland and additional health facilities for people.

He said a separate skill and entrepreneurship department would be set up in the state to "hone technical knowledge of youth" and brighten their job prospects, and all Industrial Training Institutes (ITIs) and polytechnic colleges would be brought under its purview.

Kumar further said that his government, if given another opportunity would provide up to Rs 10 lakh assistance to women for starting a venture, much like it had been doing for the Scheduled Caste and Scheduled Tribe youths.

"For the elderly population, many of them victims of neglect by their families, the government would set up old age homes and ensure they lead their lives with respect. Multistorey buildings would also be built for the states homeless population," the JD(U) chief explained.

Iterating that he has fulfilled the promises made during the last polls, he said his government's target to provide a toilet to every household would be achieved by Gandhi Jayanti on October 2.

He gave assurances that his government would monitor all development projects from time to time and ensure their proper implementation.