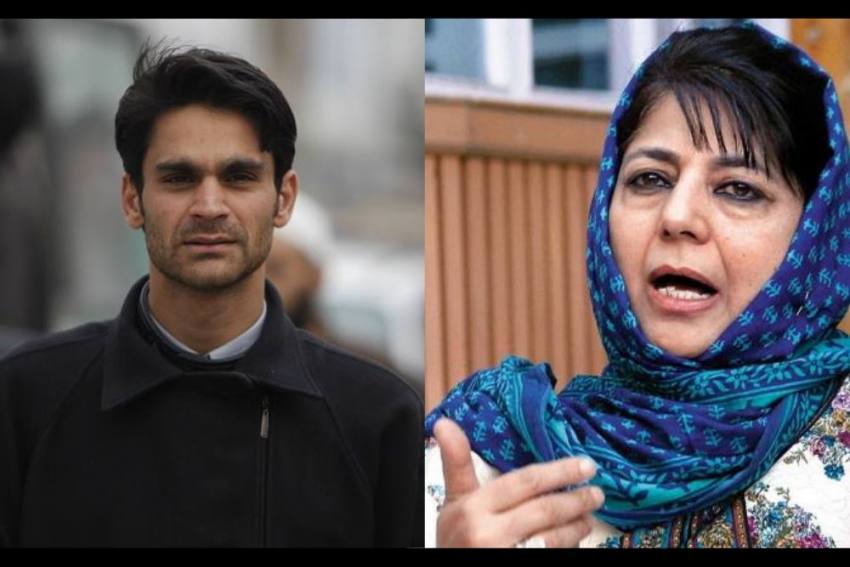 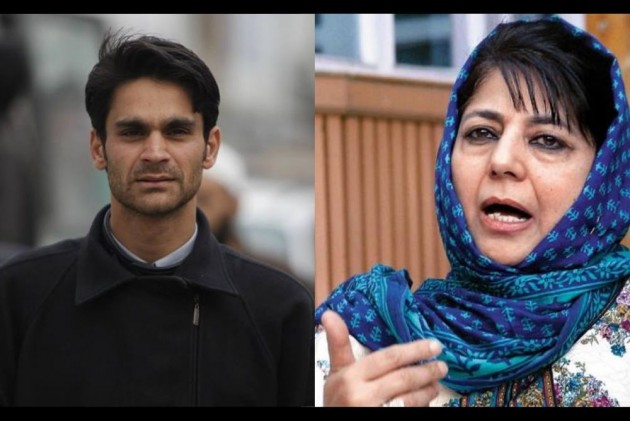 Parra was held for his alleged involvement in the case in which the deputy superintendent of police and top counter-insurgent cop Devender Singh and Hizbul Mujahideen commander Naveed Babu’s were arrested while travelling in a vehicle from Srinagar to Jammu on January 19 this year. A lawyer was also arrested along with them.

Parra was arrested after the NIA questioned him for two days at its New Delhi office soon after the youth leader filed his nomination papers for the District Development Council (DDC) elections. The NIA has not specified the charges against Parra.

Mehbooba described the arrest part of the “Gujarat model of persecuting Muslims” adding that “the model is in full swing since August 2019 in J&K”.

“This is the Naya Kashmir they want us to live in.”

“I can personally vouch for Waheed’s integrity, honesty & character. It’s up to the judiciary now to dispense justice & ensure Waheed is released at the earliest,” Mehbooba tweeted.

“Waheed was illegally arrested for more than a year in 2019. Yet his belief in democracy didn’t waver and he chose to contest DDC elections. Seems like those who place their faith in the power of democracy will earn the wrath of a hostile and communal government,” Mehbooba added.

She said Parra was applauded by the then home minister Rajnath Singh for strengthening democracy in J&K and has been arrested on baseless charges by NIA. “No coincidence that he filed his nomination for DDC on November 20 and received NIA summons the next day itself,” she added.

“Waheed has no connection whatsoever with this man and is being falsely charged. All just to blackmail and intimidate PDP and other mainstream political parties in J&K,” she added.

“BJP milks illegal scrapping of Article 370 in every nook and corner of the country. But when it comes to Kashmiris questioning its abrogation, they are locked up and punished. Everyone knows at whose behest Devender Singh worked for. Ironic that they have the gall to blame others,” she added.

Earlier in Shopian, Mehbooba, while alluding to the BJP, warned people that they might resort to violence to keep people away from voting in upcoming DDC polls.

“I came here only for this reason that our candidate was not allowed by security agencies to move out for the past 10 days. For this bogey of security reasons he was not allowed to campaign for the DDC polls. Today I told them I am visiting the candidate’s home and then he was let out. This is true about our other candidates,” Mehbooba told reporters at Shopian in South Kashmir.

“I am surprised that Lt. Governor, Election Commissioner are repeatedly saying there would be no discrimination with the People’s Alliance for Gupkar Declaration candidates. But it is happening.”

“I appeal to people to make the PAGD candidates successful by casting their votes,” Mehbooba said. She said the PAGD was fighting the polls to restore the identity of J&K that was usurped by the BJP government on August 5, 2019.

“They will try to vitiate the atmosphere. They will try to use grenades and bullets. But you shouldn’t fear and come out to cast your vote to safeguard your identity and make the PAGD candidates successful,” she added.

She said the BJP and the BJP government in the Centre assumed that the PAGD parties wouldn’t participate in the polls and they would make their candidates with “shady characters” successful through the backdoor.