Agriculture Minister Narendra Singh Tomar speaks to Outlook about the contentious farm laws and the road ahead. 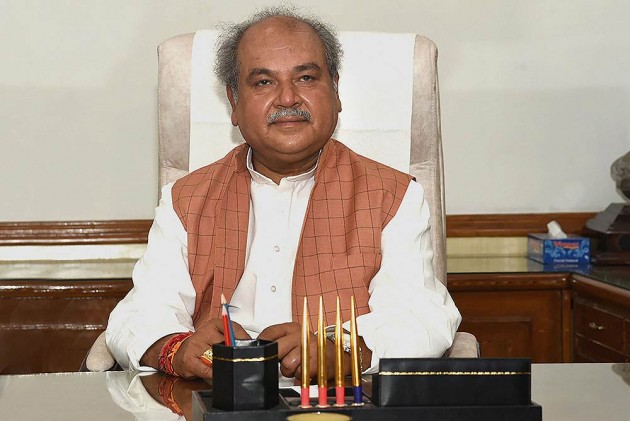 Farmers are up in arms demanding immediate withdrawal of the new agricultural laws. The Centre has been holding talks with them, but there does not seem to be any solution in sight as yet. Union Agriculture and Farmers Welfare Minister Narendra Singh Tomar spoke to Prashant Srivastava about the government’s position on the issue. Excerpts:

Why are the farmers not ready to withdraw their agitation despite repeated explanations by the government?

The Central Government under the leadership of Prime Minister Narendra Modi has been taking farmer-friendly decisions from the very beginning. The new laws for agricultural reforms have also been introduced for the benefit of farmers. The government has been constantly discussing whatever the farmer organisations have put before it, with an open mind. The meetings have taken place in a very good environment, and positive and meaningful talks have been held. The government wants to know what are the points that they are worried about and what are their suggestions regarding those points so that all the issues can be resolved. There is a mutual trust between the two sides.

It seems that before bringing the law, the government did not take farmers into confidence?

When the Swaminathan Committee was set up for agricultural reforms, it had consulted all the stakeholders. Later also, the government received suggestions from time to time. Any law is brought by the government in the larger public interest only after seeking the opinions of the people concerned. New laws are also going to bring about a paradigm shift in the agriculture sector, which will benefit the farmers not only in the short term but also in the long term. This will lead to the all-round development of farmers and the agriculture sector. Agriculture experts have been writing about these reforms for years. The then UPA government also wanted to implement these reforms, but due to its lack of commitment to farmers, it could not take steps.

The government is giving assurance of not doing away with the MSP, but farmers are asking for assurance in writing. Can it be done?

Farmers are afraid that the corporate world will gradually seize their land. What do you have to say about this?

Some political parties have spread confusion. The situation is different. Provisions for contract farming have been made under the new laws. The objective behind it is to ensure that the farmer is assured of the beneficial value of his produce before sowing. There is a clear provision in this Act that only the produce agreement of the farmer will be with the trader. There will be no land deal. The farmer had and will continue to own the land. There is also no provision for any penalty on farmers under this Act.

Can the government accept the demand of farmers on issues like MSP, APMC, and legal dispute case?

As for the MSP, the government has said that it will continue, while APMC is also governed under the respective laws of different states. The question of shutting down APMC by the central government does not arise, but we have said that APMC should be more empowered. Whether the SDM resolves the disputes or the court, we are ready to resolve this issue through discussion.

From the talks so far, it seems that the government will not withdraw all three laws, while the farmers are adamant about this. What will be the solution then?
The government's discussions with the farmer organisations are going on. Whatever the solution, it will come out of the talks. Agitation will never solve any issue. It is a matter of satisfaction that farmer organisations are disciplined. The government is also hopeful, there will be a solution.

Is there a fear of rising inflation if a written guarantee for MSP is given?
The new law is not related to the MSP. I have said it many times and also given it in writing. Announcement and procurement of MSP will continue as before.

What do you have to say about the role of the Opposition during the farmers’ movement?
Some Opposition parties are trying to make a political gain out of it, but our peasant brothers are aware and sensible. They will not let their intentions succeed. If the Opposition has to say something, the government will answer. Congress had talked about bringing similar agricultural reforms in its manifesto, but it did not follow it. Now that Modi ji has done the reforms, they do not like it.