Udayanraje Bhosale, who draws his political influence due to his descendance from Maratha king Chhatrapati Shivaji's family, said he agreed with the policies pursued by Prime Minister Narendra Modi and will work for Maharashtra as a BJP leader. 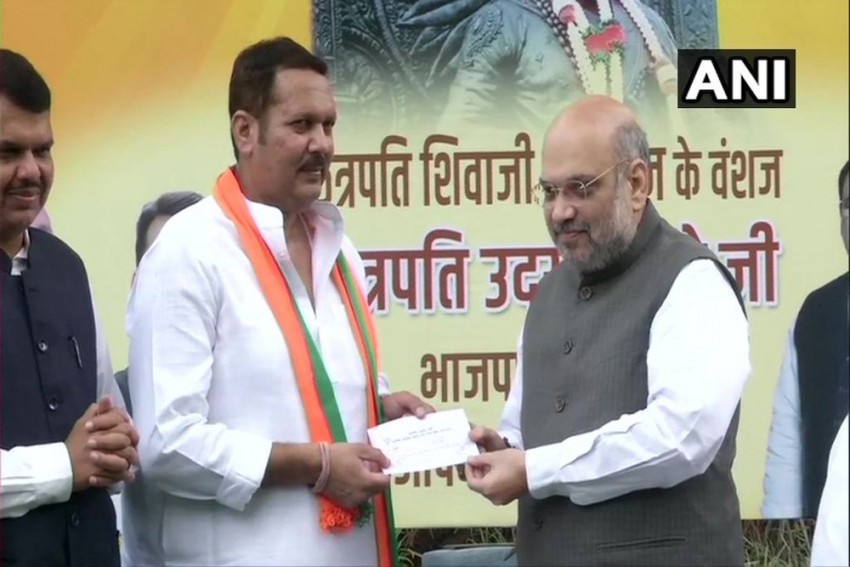 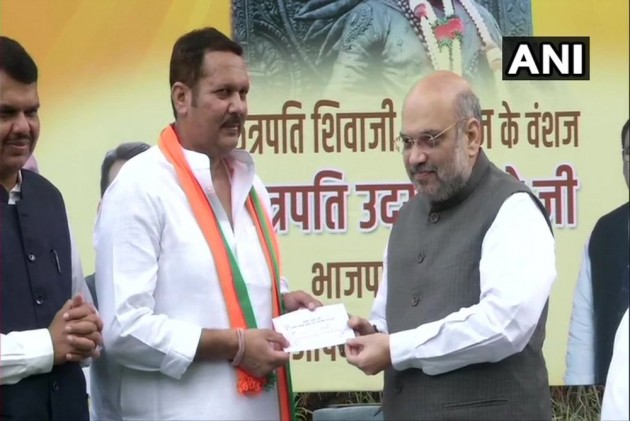 NCP MP Udayanraje Bhosale joined the Bharatiya Janata Party in New Delhi on Saturday in the presence of top saffron party leaders, including its president Amit Shah and Maharashtra Chief Minister Devendra Fadnavis, with Shah asserting that the BJP-led alliance will come back to power in the state with three-fourths majority.

Bhosale, who draws his political influence due to his descendance from Maratha king Chhatrapati Shivaji's family, said he agreed with the policies pursued by Prime Minister Narendra Modi and will work for Maharashtra as a BJP leader.

The Satara MP has quit his Lok Sabha membership to join the BJP.

Shah said it was a matter of happiness for his party, that a descendent of the Maratha king has joined it and asserted that Bhosale's presence will help it in the upcoming assembly elections.

The BJP, which had won 122 of the total 288 seats in the 2014 elections, will emerge stronger and its alliance will win three-fourths seats this time, he said.

The Shiv Sena and a few smaller parties are part of the saffron alliance in the state.

The Fadnavis government has worked for the state's all-round development and "restored" its pride in its five-year rule, Shah added.

Shah said the BJP and its alliance will receive even bigger support in the Assembly polls after it had decimated the Congress-NCP alliance in the recent Lok Sabha polls.

On the occasion, Fadnavis also voiced his party's happiness at Bhosale's decision to join it.

He noted that Bhosale had lauded the Modi government's move to nullify Article 370, which accorded special status to Jammu and Kashmir.

BJP working president J P Nadda and general secretary Bhupender Yadav, who is his party's in-charge for the state polls, were also present on the occasion.