Many in Jammu and Kashmir say that post the abrogation of Article 370, China has become part of the ‘Kashmir story.’ 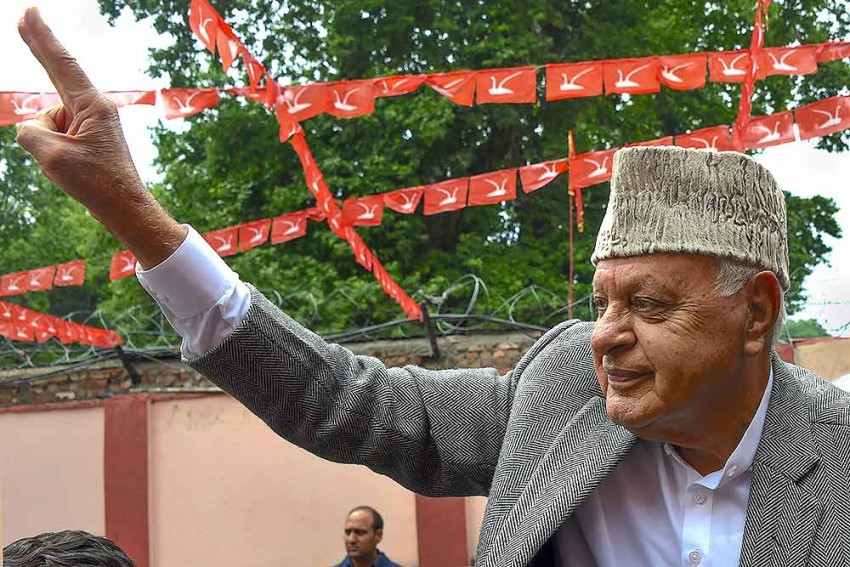 Former Chief Minister Dr Farooq Abdullah’s statement on China has more takers in his party and other political parties in Jammu and Kashmir,  even though he is facing brickbats outside Jammu and Kashmir. After Dr Abdullah said he wished that with China’s support, Article 370 of the Constitution will be restored, political parties here say after the revocation of Article 370 China has somehow become part of “Kashmir story.”

“China didn’t accept the August 5 decisions. China hasn’t stated it subtly. Chinese were not giving you hints about their displeasure. On the contrary, they were very vocal about it. They even recently said they don’t accept UT of Ladakh as well,” says National Conference MP Hasnain Masoodi.

Masoodi said that on the insistence of China the UNSC has met twice to discuss Kashmir. “These are known facts and please examine the stand articulated by China after August 5 revocation,” says Masoodi. “Dr Farooq didn’t seek intervention from China but pointed towards a consistent Chinese stand.”

On August 6, 2019— a day after the abrogation of Article 370, Article 35A and bifurcation of J&K into two Union Territories —China had asked India and Pakistan to exercise restraint, stating they should avoid actions that "unilaterally" change the status quo and exacerbate tensions between them, even as it voiced "serious concern" over the situation in Kashmir. China, however, was explicit in its opposition to the government’s move to create a separate Union Territory of Ladakh.

“There is a unanimous stand of all parties in J&K that August 5 was a misadventure and you should undo it as soon as possible and the state should be restored as it was on August 4, 2019. Our stand is that 1952, when J&K was enjoying complete autonomy, should be the baseline. I don’t see Dr Farooq has said something unusual. He expressed hope that Article 370 would be restored,” Masoodi said.

Senior PDP leader Naeem Akhtar said whatever Dr Farooq meant by the statement, China has made Article 370 revocation an issue. ‘They have officially objected to conversion of Ladakh into Union territory, which they have repeatedly stated is unacceptable to them,” he said. “These are new factors added to the thoughtless move of the BJP government to scrapping Article 370. China somehow is now part of the story,” he said.

“Isn’t this a fact that China occupied Indian Territory in Ladakh? And all this has happened post August 5, 2019? It is because of mistakes of New Delhi, China has become another part of the problem. This is what Dr Farooq Abdullah was talking about. You don’t want to acknowledge an elephant in the room, instead you prefer to go after Dr Abdullah,” says NC leader Tanvir Sadiq.

NC spokesman Masoodi said Dr Abdullah had articulated people’s anger over the abrogation of Article 370 and 35A by Parliament on August 5 last year as he has consistently done in recent months. No one in Jammu and Kashmir was willing to accept these changes, he said.

The Bharatiya Janata Party’s J&K spokesman Altaf Thakur responded by saying Dr Farooq Abdullah must go to Wuhan in China and contest polls there, given his love for China. Chinese aggression along the Line of Actual Control dates back to 1965 and revocation of Article 370 has nothing to do with the present Chinese aggressiveness along the LAC, he argued.