Name Does Matter In These Haryana Villages 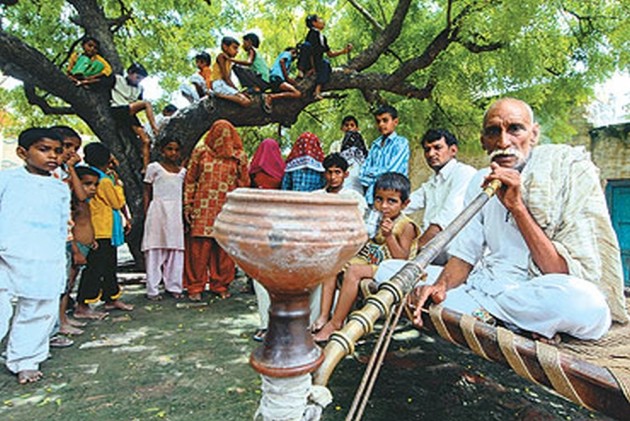 Haryana villagers feel what George Carlin, one of standup's counter-culture pioneer, said more than a decade ago on "goofy names". He had said a name must have some emotion invested in it.

With names that refer to animals — such as Kuttabadh (dog bite), Kutianwali, Kutia Kheri, to names on human traits — Lula Ahir, Durjanpur, Chorpura and Kinnar, the villagers don't feel any connect with their place.

But changing names of villages is a long-drawn process which involves state cabinet approval and then a nod from the Centre.

While Gurgaon was rechristened to Gurugram during the BJP rule and another two villages were renamed, several others are waiting to get better names.

Residents of "Kuttabadh", a village in Haryana's Sirsa district, have been sending representations to the Chief Minister's Office for a decade.

"Earlier it used to be a small village and was called Dhani. But people used to have ferocious dogs who would often bite passersby, hence everybody started calling the village Kuttabadh. It is so embarrassing to have it on our address. Kutta is often used as an abuse. We want a decent name," Aman Singh Brar, a village resident, told PTI.

"We have sent multiple representations to the Chief Minister's Office not only in the BJP regime but before as well. No one has paid attention to this. We have proposed the name 'Prem Nagar' for the village," he added.

Residents of "Kutianwali" village in Hisar too grapple with a similar disappointment. Kutianwali is a reference for a place with many bitches.

Before independence, the village was part of Punjab and was known as Sehajadpur.
"During the visit of a British officer, a bitch had bitten him. Very angry with that, he ordered the village be known for bitches. Our panchayat has also passed a resolution and made several requests that the original name be restored," former sarpanch Bir Singh, who has been raising the issue, said.

Another village named after dog in Hisar is "Kutia Kheri".

A proposal to change its name to Veer Pur is pending before the Centre. Others in the queue of pending proposals are village “Lula Ahir” in Rewari to Krishan Nagar and "Bal Ragdan" in Karnal to Bal Rajputan.

In 2017, the Centre had approved renaming of Ganda (dirty or ugly) and Kinnar villages in Fatehabad and Hisar districts of Haryana. While Ganda has been renamed Ajit Nagar, Kinnar has been rechristened as Gaibi Nagar.

Also fighting the battle is Chorpura village in Karnal, Chorpura means a place full of thieves and residents want it to be known as Sadhupura.

Similarly, residents of Durjanpur in Bhiwani constituency want it to be renamed Sajjanpur.

"I believe the name on the outside of a place ought to let you know what's going on in the inside," Carlin had said.

Name change of any village in the state has not figured in the manifesto of any political party. Polling in ten constituencies of the state is scheduled on May 12.