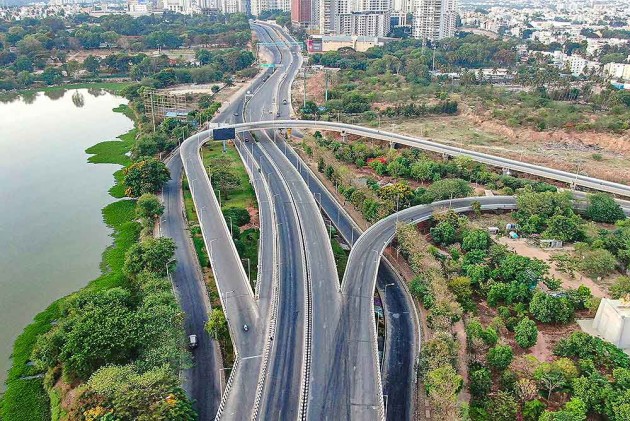 A loud 'thundering' sound in several parts of Bengaluru on Wednesday afternoon triggered
panic among the residents, while the officials ruled out the possibility of it being an earthquake.

Many people feared it could be a mild tremor as doors and windows shook after the noise.

However, the Commissioner of Karnataka State Disaster Management Authority Manoj Rajan ruled out the possibility of any earthquake and said it needed to be investigated. "We have 12 seismic monitoring centres in Karnataka but none have reported any seismic activity," Rajan told PTI.

The Bengaluru police commissioner Bhaskar Rao said there was no damage reported anywhere.

The mysterious sound took Bangaloreans by surprise and social media exploded with wild speculations over the origin of the sound. While most people thought it was an earthquake, some came up with the theory that it was a sonic boom caused by fighter jet Mirage 2000.

What the hell was that ?

The sonic boom theory found many takers. But it is yet to be verified. "We have also asked the Air Force Control Room to check if it was a jet or supersonic sound. Bengaluru police are awaiting confirmation from the Air Force," Rao said in a statement.

Bengalurians running out of their houses assuming earthquake like..... #Bangalore #Whitefield #mirage2000 pic.twitter.com/UVxm8dXOik

Alien invasion theory was also not far off, with people sharing memes from the famous Hrithik Roshan-starrer 'Koi Mil Gaya'.

Now can we tick on Alien Invasion too? #Bangalore pic.twitter.com/mtuwTQvLwF

Me after hearing supersonic sound in #Bangalore pic.twitter.com/9wwhK7bASk