Several parts of Mumbai received around 100 mm rainfall since Monday morning, affecting trains and the road traffic. Authorities have declared a public holiday in three districts of Maharashtra 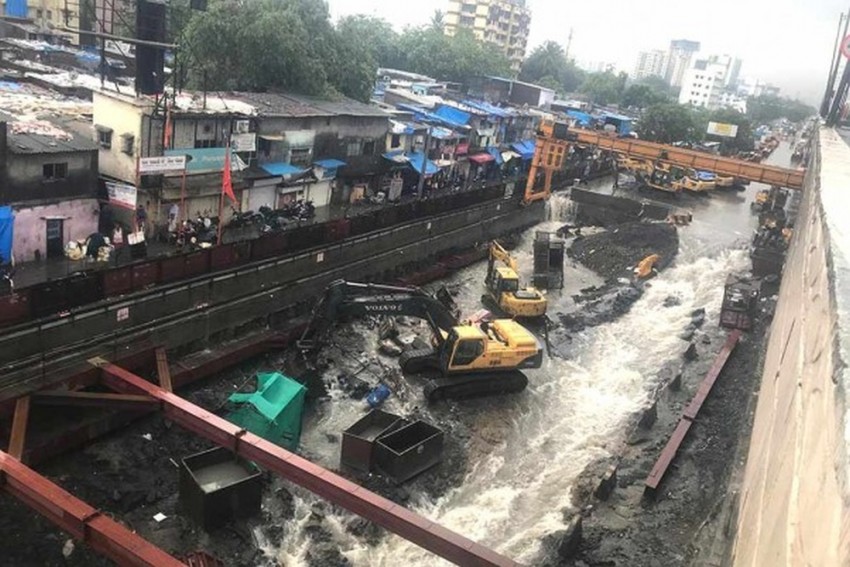 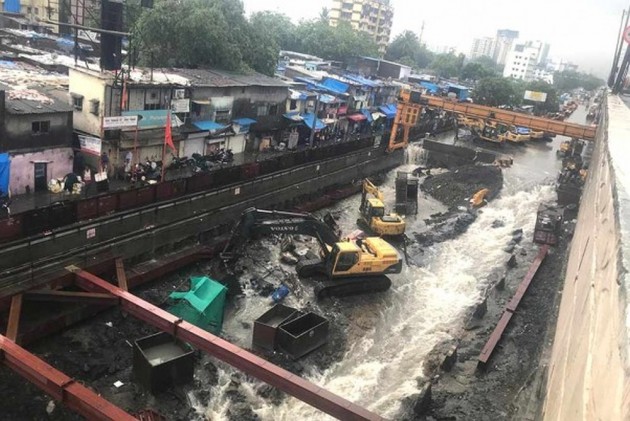 The Maharashtra government on Tuesday said that only emergency services will remain functional in Mumbai due to the incessant rains that has affected the road traffic and railways in the city. Authorities have also advised people to avoid stepping out of their homes as the Indian Meteorological Department has forecast heavy rains.

Several parts of Mumbai received around 100 mm rainfall since Monday morning, affecting trains and the road traffic. At least 27 people have died due to incidents of wall collapse in Mumbai and Pune and the government has declared a public holiday.

11:45 AM: The BMC has shared a dedicated helpline number for people stranded due in different parts of the city.

"A dedicated handle for Mumbai's Monsoon Woes. 24/7 Disaster Helpline Number: 1916," the BMC said in a tweet.

11:30 AM: CM Fadnavis: "I have met those who got injured in the Malad wall collapse. Local trains have resumed operation on Western line but the Central line still remains flooded. Work is on to pump out water."

11:30 AM: CM Fadnavis: "Mumbai police received around 16,000-17,000 tweets from people affected by the heavy downpour. They were given immediate help with BMC disaster management working the entire night. High tide is expected again at 12 noon, we will monitor the situation and are prepared for it."

11:15 AM: In view of the inclement weather situation in Mumbai, Maharashtra Chief Minister Devendra Fadnavis visited Brihanmumbai Municipal Corporation on Tuesday morning to gauge the situation. 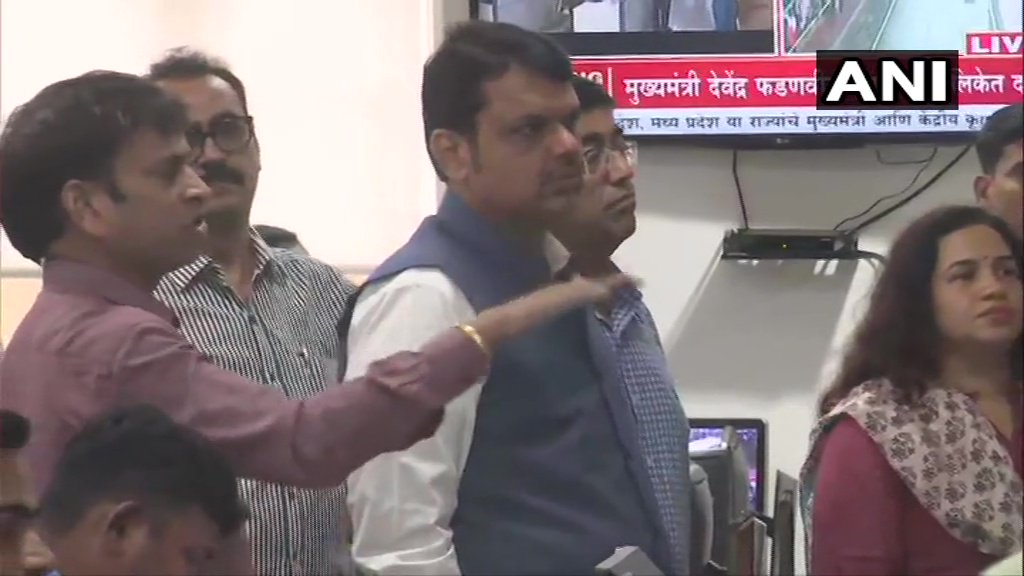 10:30 AM: The main runway at the airport is closed, but alternative runway is functional. Delays and diversions of flights are taking place: Mumbai International Airport Limited (MIAL) spokesperson

10:20 AM: Six labourers were killed and at least two injured after the wall of an educational institute collapsed on their makeshift shelters in Ambegaon area in Pune, officials said Tuesday. 10:00 AM: 54 flights diverted and 52 cancelled at Mumbai’s Chhatrapati Shivaji Maharaj International Airport (CSMIA) due to inclement weather, according to ANI.

9:40 AM: Following a request by the BMC, several teams of the Indian Navy have been deployed in Kurla for the assistance of people stranded due to incessant rains. About 1000 people have been shifted to safety with the help of NDRF, fire brigade, Naval teams as well as local volunteers, reports ANI

Mumbai: Indian Navy deploys various teams to provide assistance to rain hit and stranded people, in Kurla area following a request by BMC. About 1000 people have been shifted to safety with the help of NDRF, fire brigade, Naval teams as well as local volunteers. #MumbaiRains pic.twitter.com/udYAylTTx0

9:30 AM: Clouds observed over north Maharashtra coast including Mumbai. More impact likely over south Gujarat and adjoining areas. Intermittent heavy showers expected in Mumbai today. Extremely heavy rainfall of over 200 mm recorded at many places in city; more towards suburbs in the last 24 hours: IMD 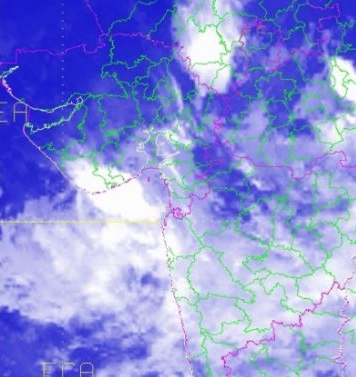 9:10 AM: Public holiday has been declared on Monday in 3 districts of the state --Mumbai City, Mumbai Suburban and Thane district. The decision has been taken due to continuous rainfall and IMD warning: Maharashtra Govt

9:00 AM:  Intense spells of rainfall likely to continue in the districts of Mumbai during the next two hours: IMD Mumbai

8:30 AM: Due to incessant rains in Mumbai, around 54 flights have been diverted to a nearby airport, a Mumbai Airport official said.

8:20 AM: At least 12 people were killed and six others injured after a compound wall collapsed in Malad area here on Tuesday due to heavy rains, NDRF officials said. Chief Minister Devendra Fadnavis announced compensation of Rs 5 lakh to the families of the deceased.

8:15 AM:  A SpiceJet flight from Jaipur skid and overshot the main runway while landing at the Mumbai airport amidst heavy rains on Monday, although none of the passengers were hurt in the incident.