Some media reports said that the stand-up comedian was also thrashed by the workers of Hind Rakshak during the ruckus in the cafe. 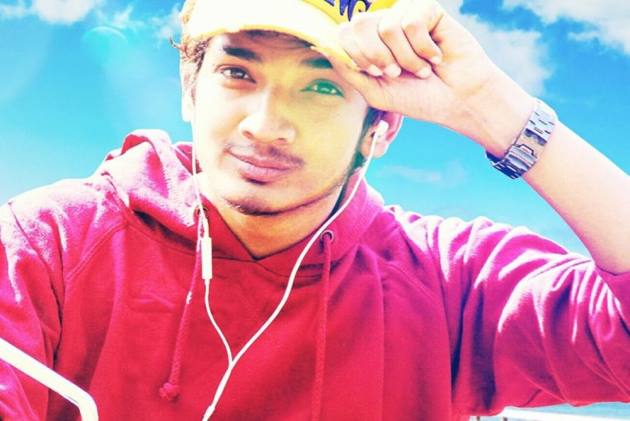 Munawar Faruqui, a stand-up comedian from Gujarat, was on Saturday arrested along with four others after the son of a BJP MLA filed a complaint accusing them of passing indecent remarks about Hindu deities and Union Home Minister Amit Shah during a show here.

A local court rejected their bail pleas and sent them in judicial custody.

The comedy show was held at a cafe in 56 Dukan area of Indore on Friday, police said.

Gaur said that he and his associates had gone to watch the show. When they heard the "indecent" comments, they forced the organizers to stop the program.

"A case was filed late on Friday night against Munawar Faruqui, a resident of Junagadh in Gujarat and four Indore-based persons based on a written complaint filed by Gaur," in-charge of Tukoganj police station Kamlesh Sharma said.

Gaur also submitted video footage of the show, he added.

"All the five accused were later arrested," he said.

As per the complaint, indecent remarks were passed against Hindu gods and goddesses and Union Home Minister Amit Shah during the show, Sharma said.

The other arrested persons were identified as Edwin Anthony, Prakhar Vyas, Priyam Vyas and Nalin Yadav.

All of them were booked under IPC sections 295-A (outraging religious feelings), 269 (unlawful or negligent act likely to spread the infection of any disease dangerous to life) and other relevant provisions.

Gaur told reporters that he and his friends went to watch the show where Faruqui was performing as the main comedian.

"The show mocked Hindu deities by passing indecent comments. The Godhra incident and Union Home Minister Amit Shah were also mentioned inappropriately. We shot a video and stopped the show by taking the audience out of the cafe.

"Then we caught the comedians and organizers of the show and took them to Tukoganj police station," he said.

Gaur, who is the convener of local outfit Hind Rakshak, alleged that no physical distancing was maintained at the venue and the show had no permission from authorities.

At least 100 viewers were sitting in the small hall of the cafe, he said.

Gaur denied media reports that Faruqui was beaten up by the activists of Hind Rakshak.

Chief Judicial Magistrate (CJM) Aman Singh Bhuria refused to grant bail to Faruqui and other four and remanded them in judicial custody till January 13.

During arguments, Farooqui's lawyer Anshuman Shrivastava said the FIR had been registered with political motive and cited the constitutional provisions of freedom of speech to defend the comedians.