Police sub-inspector Madhavi Agnihotri, in-charge of the Garroli chowki in Chhatarpur Naugaon block, was assigned the task to bring him to book. 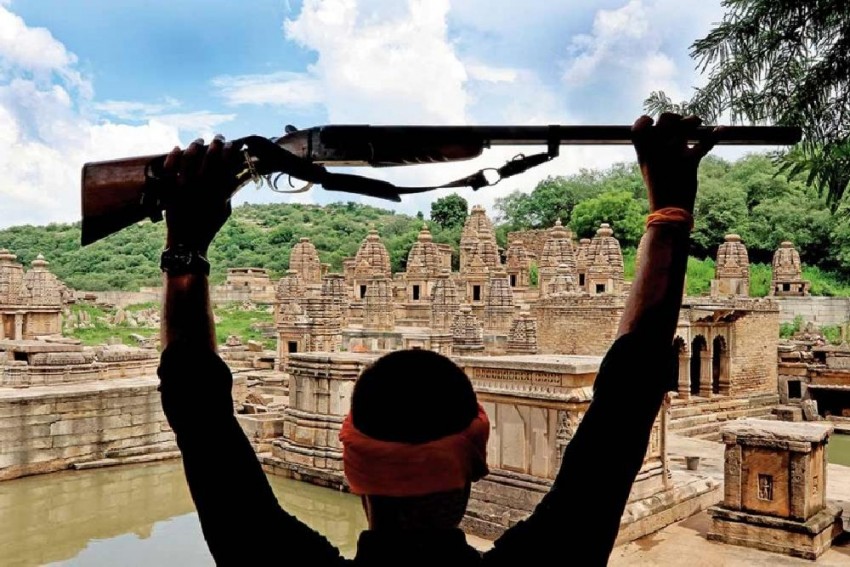 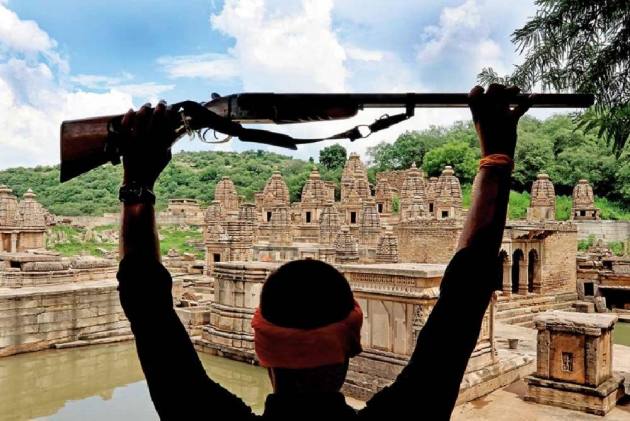 A woman police officer's matrimonial offer -- a ploy to trap a wanted criminal -- in Madhya Pradesh's Chhatarpur Naugaon block has earned kudos for the officer.

Balkrishna Chaubey (55) had been a headache for the Madhya Pradesh Police for more than three years now. His band of outlaws had been robbing unsuspecting villagers in the Chhatarpur Khajuraho belt for some time now with murder and robbery cases piling up against him. He would slip into Uttar Pradesh after committing a crime.

The police had conducted raids in his hideout several times but were unable to nab him. Balkrishna, who was absconding for several months, had sent out a message to some acquaintances, asking them to look for a bride for him.

Police sub-inspector Madhavi Agnihotri, in-charge of the Garroli chowki in Chhatarpur Naugaon block, was assigned the task to bring him to book.

Madhvi, who is in her late twenties, struck a unique idea and sent out her old photograph, along with a matrimonial proposal, through informers to Balakishan Chaubey.

She described herself as Radha and is said to have posted some social media messages for the "55-year-old groom to be". The response was positive.

Naugaon Sub-divisional Officer of Police (SDOP) Srinath Singh Baghel was fascinated by Madhavi's idea and had asked her to lead the team along with SIs Atul Jha, Manoj Yadav, ASI Gyan Singh and three constables.

Chaubey was invited to the date with Madhvi on Thursday at a temple in Bijori village in Uttar Pradesh, bordering the Naugaon police station area. Shortly after his arrival, Madhvi sent out a signal to her team -- "Radha aa gayi". The waiting team of cops nabbed Chaubey before he could lay his hands on his country-made pistol.

Chaubey was produced in the court on Friday from where he was sent to jail. Naugaon police station in-charge Baijnath Sharma said that Chaubey, who belonged to Khama in Mahoba district, has been arrested under various sections of IPC for murder and robbery.