More Than 75% Of Delhi's Over 87,000 Coronavirus Cases Reported During Unlock-1

The current coronavirus count of the city stands at 87,360, which is highest among cities in the country. 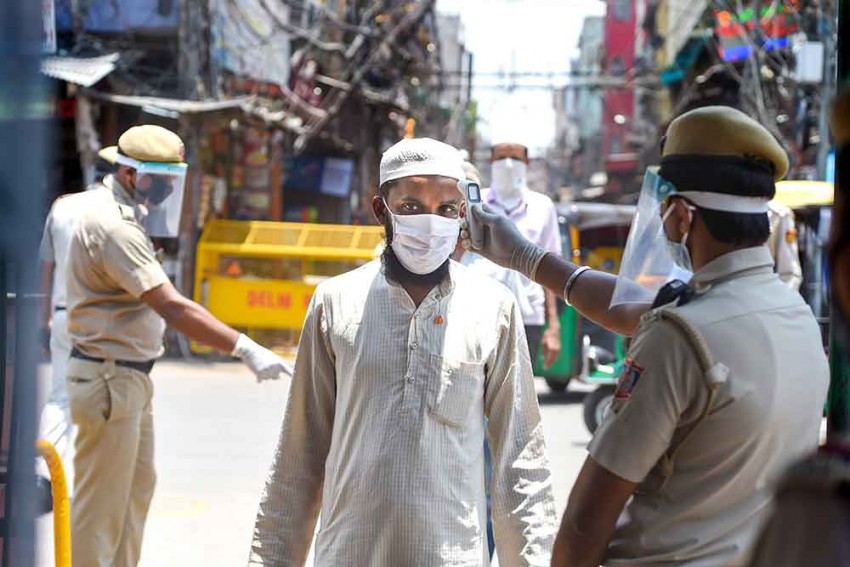 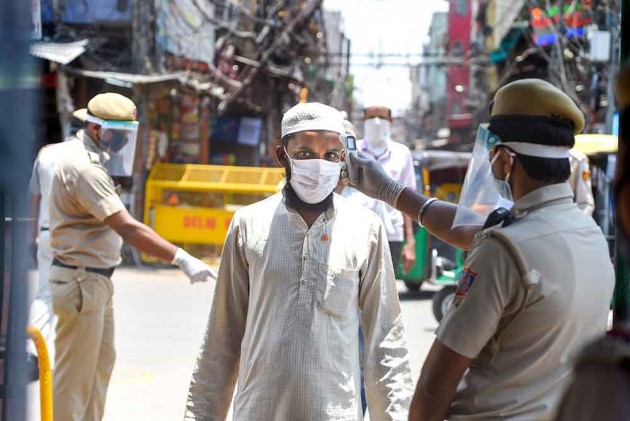 More than 75 per cent of the total coronavirus cases in the national capital were reported in June, when the curbs were eased during Unlock-1, according to the Delhi government's health department data.

According to the data, 66,526 fresh coronavirus cases were reported from June 1 to June 30.

The current coronavirus count of the city stands at 87,360, which is highest among cities in the country.

Among the states and Union Territories, Delhi has the highest number of cases after Maharashtra and Tamil Nadu. It has 26,270 active cases, while the death toll stands at 2,742.

The silver lining during this period was the sharp recovery of patients.

Earlier this month, Deputy Chief Minister Manish Sisodia had said the coronavirus figures are likely to touch the one-lakh mark by June 30 and the city will see 5.5 lakh cases by July 31.

Dr Krishnan Harshan, principal scientist and a virologist with the Centre for Cellular and Molecular Biology, an institute of the Council for Scientific and Industrial Research (CSIR), said until the end of May, it was more of an "artificial set-up" due to the lockdown as people were confined indoors.

“The virus was already there in the population and it was spreading in a limited way. What we are seeing now is the exponential phase. Quite possibly, there are a lot more infected people around than we are able to detect.

"Now people are mixing up in the last one month and there is an increased spread of the virus. It is not really surprising for a city like Delhi or any other metropolitan city,” Harshan said.

If a person brings COVID-19 home, he can infect at least five people who will infect further more persons, Harshan added.

Lockdown curbs were eased in the national capital from June 1, with the starting of markets, offices. Transport services, both private and government also resumed with some restrictions. Metro services continued to remain shut.

Prime Minister Narendra Modi, in his address to the nation, lamented that there is an increasing "negligence" in personal and social behaviour during the easing of restrictions and urged them to be more vigilant as Unlock-2 begins on Wednesday.         Under Unlock-2, the Delhi government will follow all the guidelines recommended by the Centre, officials said. Schools in the national capital will continue to remain shut until July 31, the Delhi government had announced last week.

The Delhi Metro services will also remain closed for commuters until further notice, in view of the 'Unlock 2' guidelines issued by the government, officials said.          As the numbers witnessed a sharp ascend, Delhi has significantly ramped up testing, mostly after the Rapid Antigen methodology was permitted. Of the over 5.14 lakh COVID-19 tests conducted in Delhi, nearly 3.14 lakh were done in June, data states.

At a time when Delhi eclipsed Mumbai's COVID-19 tally, the national capital's recovery rate also gradually increased. On June 19, Delhi's recovery rate was 44.37 per cent while it climbed to 55.14 per cent the next day.

Since then, the recovery rate has been on an upward spiral even on days when the case tally breached the 3,000-mark. However, since last four consecutive days, the daily figures have remained in the range of 2000.

In a related development, three teams of medical experts constituted by the Health Ministry will conduct regular and surprise inspections at various COVID hospitals in the national capital, officials said.

Each of the three teams will have domain experts from the AIIMS, Directorate General of Health Services in the Union Health Ministry, Delhi government and civic bodies.

"The teams will conduct inspections and submit their report for the preceding week to the Secretary, Health Ministry and Chief Secretary of Delhi every week by 5 PM on next Tuesday," according to the order issued by Delhi health department on June 29.          Meanwhile, the Delhi government has set the ball rolling for establishing a first-of-its-kind ''plasma bank'' for treatment of COVID-19 and modalities are being worked out.

The bank is being set up at the Delhi government-run Institute of Liver and Biliary Sciences (ILBS) and doctors or hospitals will have to approach it for plasma if a COVID-19 patient needs the same.

Chief Minister Arvind Kejriwal, addressing an online media briefing on Monday, had said the bank will be operational in the next two days. The move comes, as convalescent plasma therapy has shown "encouraging" results in city hospitals, he said.

India’s Bitter Relations With Nepal Has Uncovered Its Diplomatic Failure