Monsoon: Light To Moderate Rainfall Expected In Delhi Over Next Six Days

The southwest monsoon arrived in the national capital on Tuesday after a delay of 16 days, making it the most delayed monsoon in 19 years. 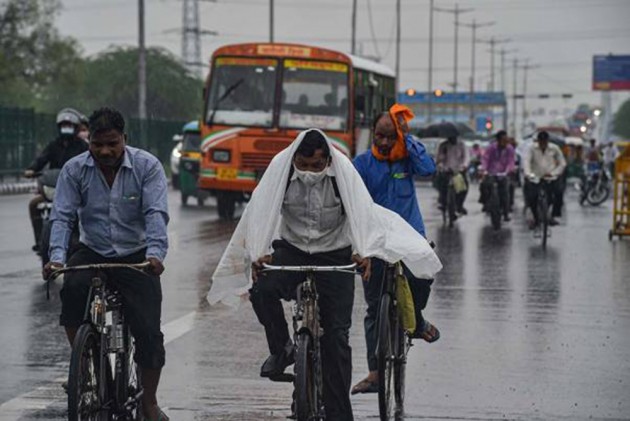 Light to moderate showers are likely to drench Delhi on Wednesday, the India Meteorological Department said.

The southwest monsoon arrived in the national capital on Tuesday after a delay of 16 days, making it the most delayed monsoon in 19 years.

Heavy rainfall was reported in parts of the city on Tuesday morning and parts of the national capital received light rain overnight. Further, according to the IMD, light to moderate rainfall is expected in the city over the next six days.

The showers are expected to keep the heat at bay in the national capital, which was reeling under a massive heat wave, a few weeks before.

The Safdarjung Observatory, which provides representative figures for the city, recorded 29 mm rainfall in the 24 hours ending 8:30 am on Wednesday. Lodhi Road gauged 37.8 mm precipitation during the period.

Over the last one month, the weather department had struggled to accurately predict when the monsoon will reach the capital.

After several wayward forecasts, the IMD Monday acknowledged that "such type of failure by numerical models in the prediction of monsoon over the capital is rare and uncommon".

It had earlier said that the monsoon would hit Delhi on June 15, which would have been 12 days early, but the wind system entered a "break" phase.

The monsoon finally embraced Delhi on Tuesday. The rains, however, eluded Central Delhi, which remains the most rain-deficient district in the country this season, receiving only 8.5 mm rainfall against the normal of 139.3 mm since June 1, when the season starts. It has recorded a shortfall of 94 per cent.

Overall, Delhi has so far received 65 per cent less rainfall than normal, putting it in the category of "large deficient" states.