Former Defence minister A K Antony says the biggest test for PM Modi is to make sure that the Chinese vacate each and every inch of Indian land. 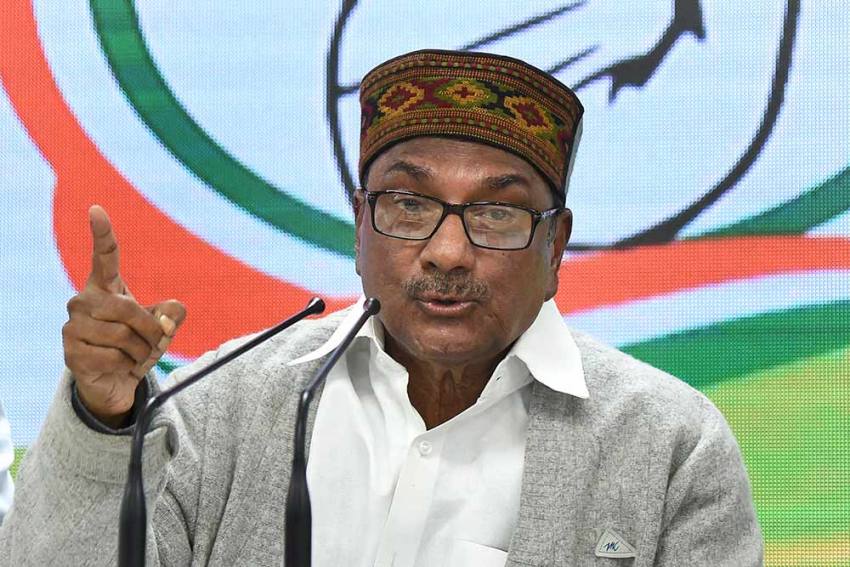 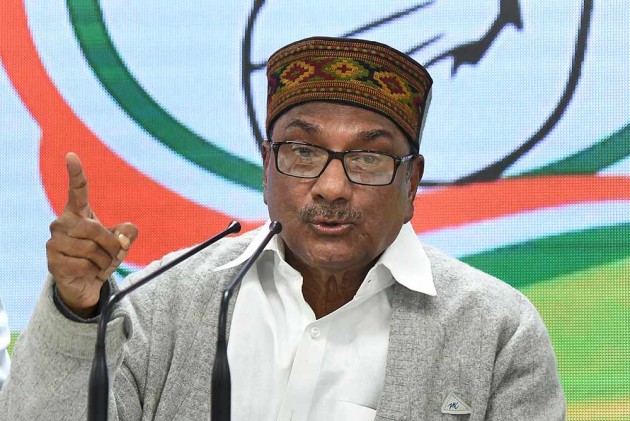 Former Defence minister and Congress veteran A K Antony tells Outlook's Preetha Nair in an interview that Narendra Modi is not the first prime minister to visit a battlefront. Former prime ministers such as Jawaharlal Nehru, Indira Gandhi, and Lal Bahadur Shastri had visited soldiers at war fronts earlier. He says that Modi’s real test will be to restore the status quo and get back the territory taken over by China.

How do you react to Prime Minister Modi’s visit to Leh? Opposition parties, including Congress, have been demanding answers from the government on the incursion along the LAC.

There is no doubt that Prime Minister’s visit to Leh today will be a morale booster for the troops. But he is not the first prime minister to visit areas during wartime or war-like situations. During the 1962 India-China war, the nation’s first Prime Minister Jawaharlal Nehru also visited soldiers at forward locations in the erstwhile North-East Frontier Agency many times. During the Indo-Pak war in 1965, then Prime Minister Lal Bahadur Shastri also visited troops at the front. Same goes for former PM Indira Gandhi. During the 1971 war, she visited Leh and addressed Army personnel there along with Field Marshal Manekshaw.

Do you think by visiting Leh, the PM sent a strong message to China?

The ultimate test is about the outcome. Now, the Chinese Army has wrested large areas of Indian territory in many places. All of them are strategically very important for India. For example, Galwan river valley is strategically very important for us. It is important for China and Pakistan as well. But the interesting thing is that it is for the first time that China is claiming Galwan valley as theirs. It was always considered to be part and parcel of India. China has publicly claimed it. It’s a new development. They have invaded and fortified that area now. Chinese soldiers are still in the Galwan valley. Their constructions are there.

In fact, over the years, the Indian Army and the People’s Liberation Army (PLA) have identified many disputed areas along the 4,000 km-long India-China border. But Galwan valley was never a disputed area. Now, twenty of our brave soldiers have laid down their lives fighting to protect the country’s sovereignty.

China made aggressions during the UPA period too. Can you talk about the incursions during 2013 and 2014?

In 2013, there was a standoff in Depsang. After 21 days, they withdrew and the status quo was restored. They have now returned. In 2014, there was tension in Chumar area. Our Army resisted and they went back.

Currently, the Chinese are up to Finger Number 4. The Chinese army is there at the Pangong Tso lake area too. It is not their land. Finger Number 4 is Indian territory. Now, the Indian army can’t go there. The Chinese have fortified Finger Number 4. Now there is a large presence of Chinese troops there. They have also taken over the Hot Spring area. It’s a clear case of aggression. The biggest test for the Prime Minister is to make sure that the Chinese vacate each and every inch of Indian land. They must withdraw from the places they have encroached. Status quo ante should be restored in all the areas that they have invaded. They must go back to their positions.

How do you think India can get China to withdraw its troops?

I was India’s Defence Minister for a long time. I can tell you one thing. Now India is not the India in 1962. Over the years, we have strengthened our Army, Air Force, and Navy. They are all in a strong position, well-equipped and well-trained to face enemies. Their morale is very high. Our Armed Forces are one of the best in the world. During UPA rule, we built many landing grounds, renovated airfields and formed strike corps costing Rs 65,000 crores. We bought Sukhoi fighter jets, transport aircraft like C-17 and C-130, and warships for the Navy.

Now our Armed Forces are in a better position. I must say India’s Armed Forces is the best in the world. I am confident about their capability.

India has banned 59 Chinese apps as retaliation to the death of 20 soldiers. Do you think it is a befitting reply?

This is about our territorial issues. I think banning Apps was necessary for security reasons as we should not allow Chinese equipment to affect our security.