Mizoram Chief Minister Zoramthanga on Wednesday appealed to people to maintain calm following inter-border clashes with Assam on Monday which resulted in the death of six policemen. 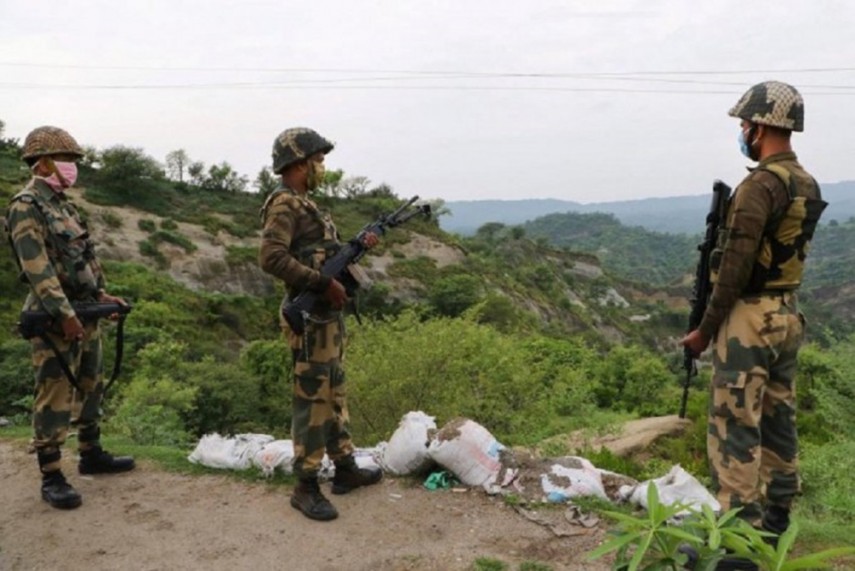 Following violent inter-border clashes between Assam and Mizoram which resulted in the death of six police personnel earlier in the week, Mizoram Chief Minister Zoramthanga on Wednesday appealed to people to maintain calm.

Mizoram has also sought intervention from the Union government in lifting the alleged "economic blockade" imposed by Assam following the clashes on Monday.

In a letter addressed to Union Home Secretary Ajay Kumar Bhalla, Mizoram Home Secretary Lalbiaksangi said that National Highway 306, the state's lifeline that connects it with the rest of the country, has been blocked in Assam since July 26.

"The blockade is adversely affecting the livelihood of the people of Mizoram. The movement of vehicles along other routes connecting Mizoram and Assam has also been blocked inside Assam.

"It has also been reported that unknown miscreants from Assam have destroyed and removed railway tracks at Mohammedpur and Ramnathpur railway stations in Assam's Hailakandi district, the only railway line connecting Bairabi railway station in Mizoram's Kolasib district," the letter read.

"In this regard, it is requested that the Government of India may kindly intervene and instruct the Government of Assam to take necessary action for the immediate removal of the blockade so as to ensure resumption of the movement of goods and passengers along the national highway and railway line," the letter said.

It mentioned that a "state-sponsored" economic blockade was earlier imposed by the people of Assam for nearly a month from October 17 to November 11 last year in the wake of a border standoff, which had seriously and adversely affected the livelihood of the people of Mizoram, resulting in various hardships.

"It is reported with serious concern that Assam has been indulging in the practice of imposing economic blockade merely because of the fact that the main supply routes i.e the national highways and railway lines are passing through the state. Incidents like this have occurred numerous times in the past in connection with other incidents," it said.

Meanwhile, Mizoram CM Zoramthanga made an appeal to the people to refrain from any sort of violence amid border dispute with Assam that escalated after a clash between police forces of the two North-eastern states that left seven people dead and over 50 injured.

His appeal came when certain organisations of the neighbouring Barak Valley region of Assam observed a 12-hour bandh on Wednesday and have been staging an economic blockade on the National Highway-306 that connects Mizoram with the rest of the country since July 26, disrupting transportation of goods to the state.

“Our Assam brethren receiving their Covid vaccines at a Local Church hall in Aizawl. Non-Mizos from all walks of life within Mizoram are at peace. I urge everyone to remain peaceful and refrain from any sort of violence. NorthEast will always be One,” the chief minister tweeted.

Zoramthanga’s plea is seen as a message to a section of the people who may attack non-Mizos as a fallout of the blockade which, if not lifted quickly, might lead to scarcity of essential commodities in the state.

Thousands of people, mostly daily labourers, of Assam especially from Hailakandi, Karimganj and Cachar districts are currently living in Mizoram. These three districts comprise the Barak Valley region. Residents of Assam now staying in Mizoram are at peace despite the border tussle, the chief minister said in the Twitter post, in which Prime Minister Narendra Modi and Union Home Minister Amit Shah were tagged. He attached to the post a video clip of some Assam residents receiving Covid-19 vaccines at a church hall in Aizawl and talking about how safe they are in Mizoram. The state government and civil society organisations also urged the Mizos to ensure the safety of non-tribal people in the state.

“The state government has already instructed all deputy commissioners and superintendent of police across the state to take measures to ensure that no non-Mizos are harmed,” Chief Secretary Lalnunmawia Chuaungo, who is now in Delhi for border talks, told PTI over the phone. He said that the Mizoram government also urged its Assam counterpart to ensure the safety and security of Mizo communities living in Assam, properties of the Mizoram government and church-run mission compounds.

The central committee of the Young Mizo Association (CYMA), the largest civil society organisation in the state, has also urged the Mizo people to show restraint and not to involve in activities that can harm non-tribals in the state. The organisation vice-president Lalhmachhuana said that it is making efforts to ensure safety of non-tribals and none of the non-Mizos or residents of Assam is harmed in the state in the wake of the border dispute. Migrant workers and many stranded drivers from other states, including Assam, were provided food and financial help by the YMA and village or local councils during the lockdown last year. Mizoram’s three districts- Aizawl, Kolasib and Mamit - share about 164.6 km long inter-state border with the Barak Valley region.

Six Assam Police personnel and two others were killed and over 50 people, including the Cachar district superintendent of police, were injured in a clash near along the inter-state border on Monday. Following the standoff, the Union Home Ministry called the chief secretaries of the two states for a meeting in Delhi on Wednesday.