The alliance of BJP and Shiromani Akali Dal is the oldest and strongest. I thank Akali Dal for supporting BJP in the Delhi elections. 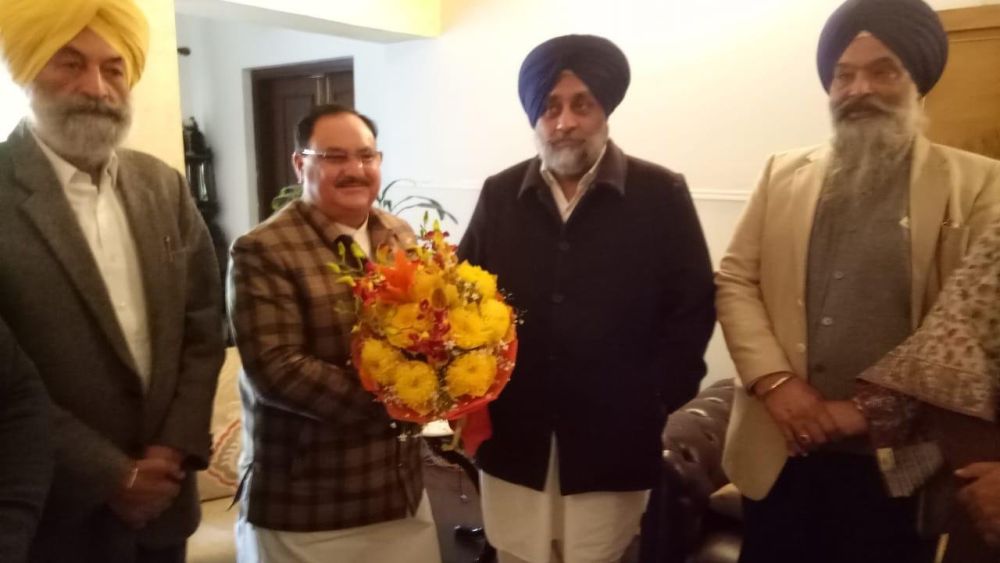 The Shiromani Akali Dal (SAD) on Wednesday strongly threw its weight behind the BJP, with whom the alliance was rumoured to be shaky. Shiromani Akali Dal President Sukhbir Singh Badal, with BJP chief JP Nadda sitting next to him said: "There were some miscommunications. But now they are sorted."

This new development came after the Bharatiya Janata Party reached out to the Akalis following news of the latter being upset with the BJP. In fact, the Akalis refused to get into an alliance with the BJP in the upcoming Delhi election owing to the BJP's stand on the contentious Citizenship (Amendment) Act (CAA).

Nadda, at a press conference said: "The alliance of BJP and Shiromani Akali Dal is the oldest and strongest. I thank Akali Dal for supporting BJP in the Delhi elections."

Nadda said the SAD supported the BJP on all crucial national issues and the alliance between the two will only get stronger.

Wednesday's reiteration comes after SAD chief Sukhbir Singh Badal on Tuesday said that his party's alliance with the BJP in Punjab was intact, as it has been for 20 years.

Slamming the rebel Akalis, he said they were part of the Congress' 'B team' that aimed to weaken the "original" SAD which was formed a century ago.

The SAD had made it clear that the NRC should not be implemented. "People of India cannot be made to stand in queues to prove that they are Indians." They also demanded inclusion of Muslims in the CAA.

Interestingly, the legislation in its present form was supported by the Akalis inside the Parliament.