Government officials, however, on Thursday claimed the number of those leaving was very low. 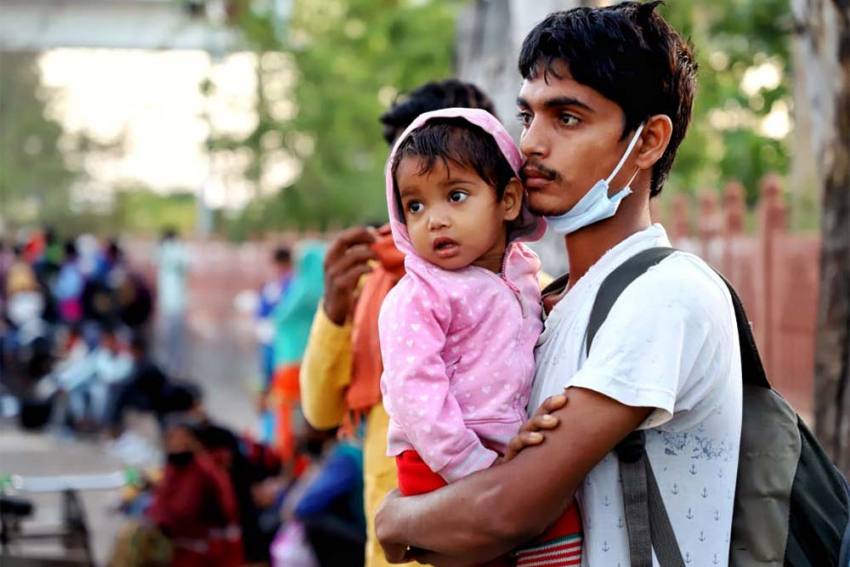 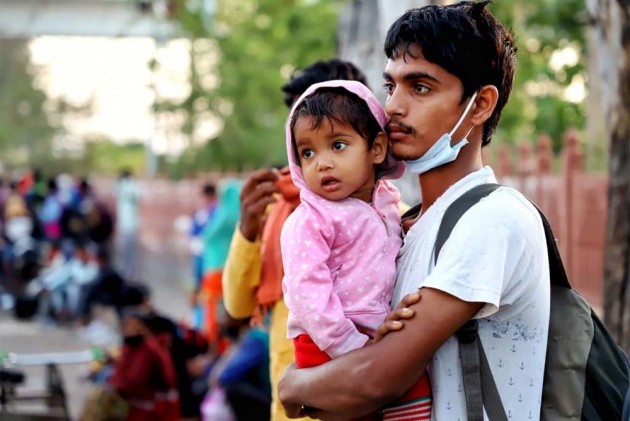 In the wake of a sudden spike in Covid-19 cases in Gujarat, many migrant workers and their families are now fearing another lockdown and have started leaving Surat and Ahmedabad, two of the state's most severely affected cities.

Government officials, however, on Thursday claimed the number of those leaving was very low and people cannot be stopped from moving from one place to another.

"There are no formal reports which suggest that a large number of migrants are leaving. However, we have asked district authorities to ensure that workers do not face any trouble," state Additional Chief Secretary, Labour and Employment, Vipul Mittra told PTI.

Since there is no lockdown and trains are also running, people are free to move anywhere in the country, he said.

Mittra said though some people are going back to their native places, "it's not happening on large scale".

"Last year, there was a rush because the lockdown was imposed all of a sudden. Thus, as a precaution, migrants are going back home as they feel that transportation may not be available after some time," the official said.

In Ahmedabad, a number of migrant workers, mostly hailing from Uttar Pradesh and Bihar, have been rushing to the city's main Kalupur railway station to travel to their native places, said Yogesh Mishra, member of the Zonal Rail Users Consultative Committee.

The migrants fear they would be stuck here if the government imposes another lockdown, Mishra said, adding that the waiting list for reserved seats in trains is also increasing with each passing day.

"The Gujarat High Court recently suggested that a lockdown should be imposed. This has created panic among the migrant workers, who suffered a lot last year due to the sudden lockdown and travel restrictions," he said.

Now, migrants are in a hurry to reach their native places, said Mishra.

"People from UP are leaving in large numbers, mainly because they don't want to miss the panchayat polls, starting from April 15. Many have also planned marriage ceremonies, which were cancelled last year," he said.

People are extra cautious this time and want to leave before any travel restrictions are announced, he added.

In Surat, migrant workers belonging to UP, Madhya Pradesh, Bihar and Jharkhand have been leaving in luxury buses, but their number is not very large, Surat Luxury Bus Operators Association president Dinesh Andhan said.

"People from Saurashtra are not leaving. It's the migrants from other states who are leaving Surat city due to panic. They suffered a lot last year due to the lockdown and unavailability of transport. Many were forced to walk to their native places last year," Andhan said.