MHA To Review Security Situation Amid Nationwide Protests Against CAA 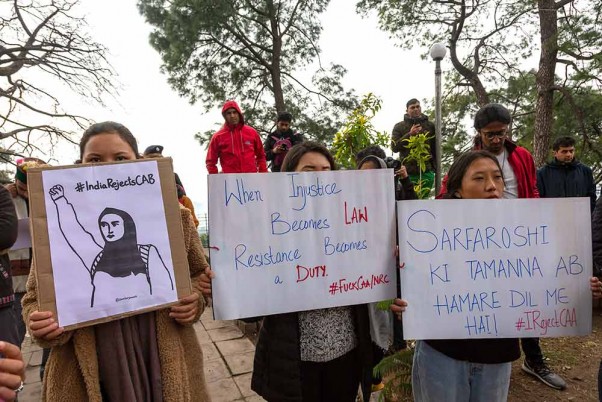 People protest against the Citizenship Amendment Act and the National Register of Citizens, in Dharamsala.
AP Photo
PTI 2019-12-19T17:31:39+05:30 MHA To Review Security Situation Amid Nationwide Protests Against CAA

The Home Ministry will review the security situation in the country on Thursday evening amid violent protests against the Citizenship (Amendment) Act (CAA), officials said.

The prevailing situation of the country will be reviewed threadbare by the Home Ministry in the meeting, the officials said.

Meanwhile, Mos for Home Reddy accused opposition parties of fuelling protests against the CAA by inciting students, women and others in the name of religion.

He also asserted that the situation in the country is normal, except in a few places in Delhi and Lucknow where violent protests were witnessed.

"Some political parties are fuelling protests against Citizenship Amendment Act. They are inciting women, students and others in the name of religion," he said.