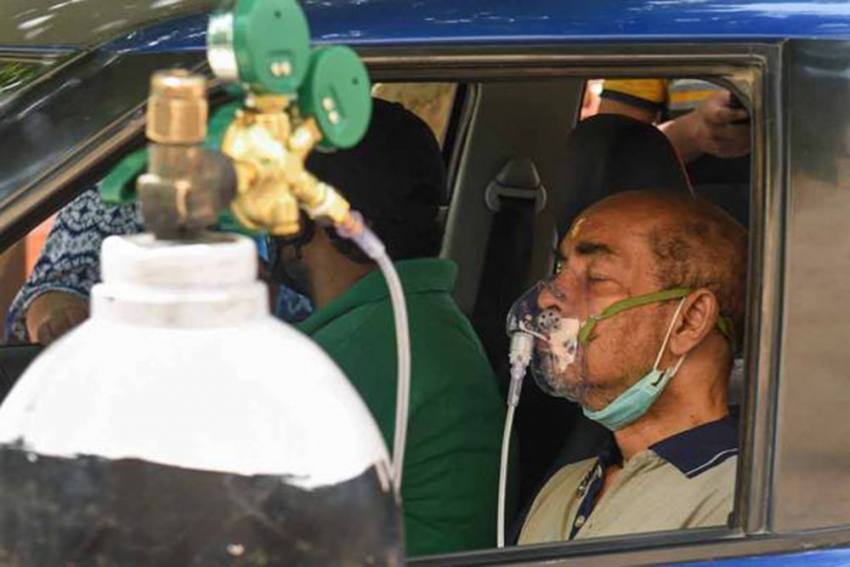 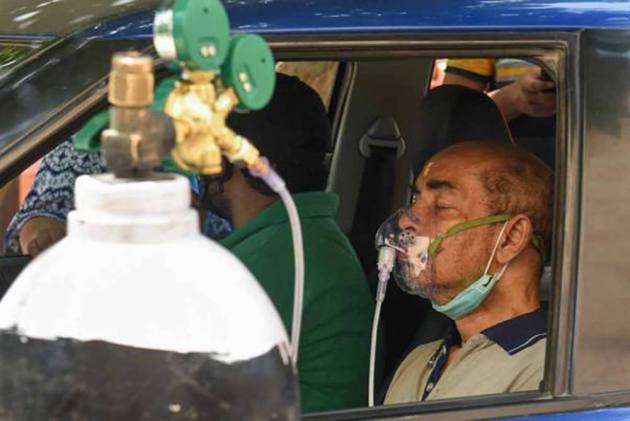 Amid many hospitals across the country facing a shortage of liquid medical oxygen due to rising number of Covid-19 cases, a 26-year-old woman in Uttar Pradesh’s Shahjahanpur has earned the sobriquet of “cylinder waali bitiya” (the daughter with the oxygen cylinder) for her efforts to help virus patients with the life-saving gas.

For Arshi, who has been helping deliver oxygen cylinders to those in need in her locality, the idea to turn into a full-time good Samaritan struck when she saw her father suffer from the virus.

After having run from pillar to post to arrange for an oxygen cylinder for her father, Arshi realised that there are many other families such as hers in Shahjahanpur’s Madaar Khel locality, who are struggling to find resources for their loved ones.

And so, as soon as her father recovered from the virus, Arshi has been doing the rounds in Shahjahanpur distributing oxygen cylinders for free. So far, she along with her two brothers, have distributed 20 cylinders.

Recalling the beginning of her philanthropic journey, Arshi said on the first day of Ramzan, the condition of her father Mashoor, who was not keeping well, began deteriorating and her worst fears came true when he tested positive for Covid-19.

While in home isolation, his oxygen levels started falling and the doctor asked me to arrange an oxygen cylinder.

However, when I approached the authorities, I was told that patients in home isolation cannot get oxygen cylinders and was advised to get my father admitted to a hospital, according to Arshi.

"Despite moving from pillar to post, I was not able to arrange a cylinder. As desperation grew, I somehow managed to get one from the office of the city magistrate,” Arshi told PTI.

“I then came in contact with a social organisation based in Uttarakhand through WhatsApp which provided oxygen for my father and he subsequently recovered from the illness," she added.

After this incident, I realised what families of COVID patients needing oxygen must be going through, she said.

"Ever since, anyone who sought oxygen either through phone or WhatsApp was helped. I have provided oxygen to several people in Shahbad and Hardoi (UP) and Uttarakhand," the 26-year-old said, adding that she does not charge any money.

The young woman has received many laurels for her heroic actions not only from those whom she has helped but also the state’s politicians.

Shahjahanpur district president of Samajwadi Party Tanveer Khan said Arshi has embarked on a mission to provide oxygen cylinders to those who need it.

"Amidst the Covid-19, Arshi is doing a historic work, without caring for her own life," Khan told PTI.

Showering praises on Arshi, local resident Syed Naved said the woman provided him with three oxygen cylinders for his Covid-19 positive father. "May Allah fulfil all her wishes," he said.

Meanwhile, Shahjahanpur Chief Medical Officer S P Gautam said there was no shortage of oxygen in the district and stressed that the life-saving gas was being provided to Covid-19 patients who are in home isolation.

"There is no shortage of oxygen in the district, and oxygen is available in the hospitals. Apart from this, people who are Covid-19 infected and are in home isolation, oxygen cylinders are being provided to them by the city magistrate," he said.

Jammu And Kashmir Runs Out Of Covid Vaccines