Releasing black baloons, the protesting party cadres raised slogans against Modi alleging that he betrayed the interests of Tamil Nadu on Cauvery and other issues. 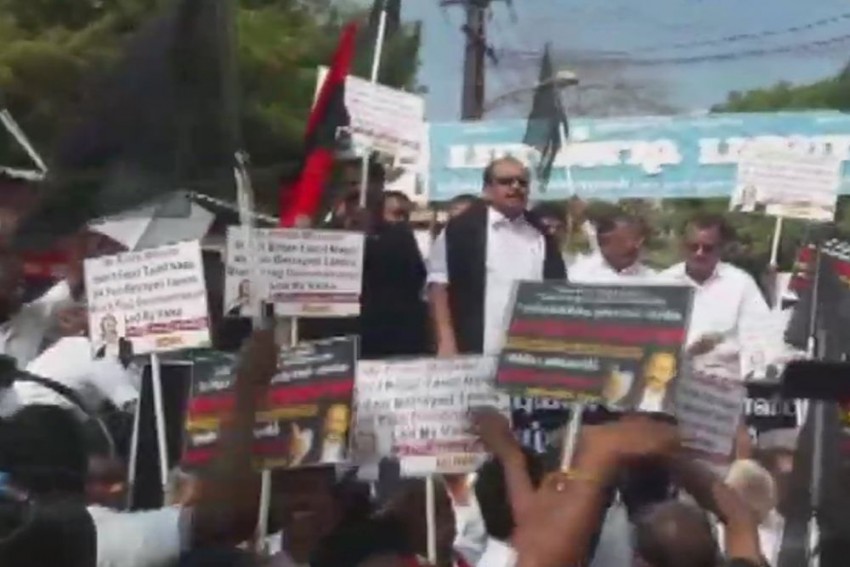 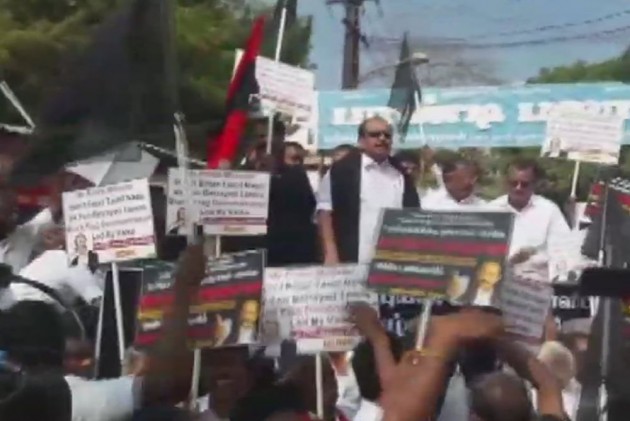 Accusing Prime Minister Narendra Modi of betraying the interest of Tamil Nadu, MDMK cadres on Sunday staged a black flag demonstration against him in Madurai.

Police said the protesters were detained. Releasing black baloons, the protesting party cadres raised slogans against Modi alleging that he betrayed the interests of Tamil Nadu on Cauvery and other issues.

The Prime Minister arrived at the airport here about 30 minutes later and is scheduled to lay the foundation stone for the All India Institute of Medical Sciences near here and also address a public meeting.

The protest was held near the Periyar bus stand in the city, away from the venue of the AIIMS site. In a counter move, BJP youth wing supporters put up posters sarcastically "welcoming Vaiko".

The MDMK cadres claimed that the centre had accorded "permission to projects like neutrino and hydrocarbon extraction" which, according to them, would have an
adverse impact on the livelihood of the farmers and also affect the common people.
On the Cauvery issue, they alleged that the Centre was supportive of Karnataka's bid to build a dam at Mekedatu across the river by giving permission for preparing a detailed
project report.

The MDMK cadres, however, said the protest was not against the AIIMS. Slogans like "go back Modi," and counter hashtags "Madurai thanks Modi," and "TN welcomes Modi" trended on micro blogging site Twitter.

Tamil Nadu unit BJP president Tamilisai Soundararajan and Union Minister of State for Finance and Shipping Pon Radhakrishnan strongly condemned MDMK for staging the protest
ahead of the prime minister laying the foundation for a big project beneficial to the state.