Only 10 to 15 percent of the discharge of the river is possible now and water level has started rising in the catchments of the river.

Yet another massive landslide hit in high altitude at Lahaul Spiti district in Himachal Pradesh blocking the free flow of Chenab River threatening several villages and settlements near the banks of the high flowing river.

Reports from the site revealed that only 10 to 15 percent of the discharge of the river is possible and water level has started rising in the catchments of the river.

“The NDRF teams have been rushed for the rescue. The helicopters have been sent for aerial survey and to assess if the nearby villagers require to be evacuated immediately to save their lives” said a senior official of the State Disaster Management Authority in Shimla 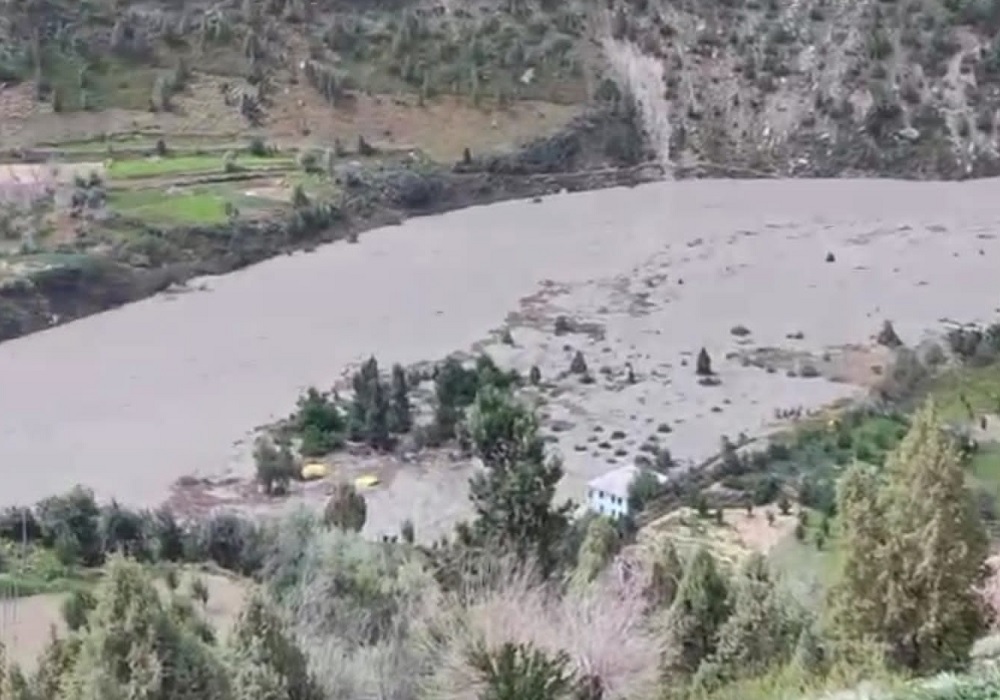 As per information received from local Panchayat the landslide took place around 09:20 am near Nalda village and the flow of Chenab river was blocked.

So far no loss of life or property has been reported in this incident.

Flow of Chenab river blocked due to massive landslide near Nalda in Lahaul Spiti.Population in 11 villages being shifted to safer place fearing river in water level due to landslide ,debris pic.twitter.com/lnvlMrQthQ

The district administration is keeping a close vigil at the situation and all possible steps will be taken to clear the debris and also avert any untoward situation, the state government said in Shimla.